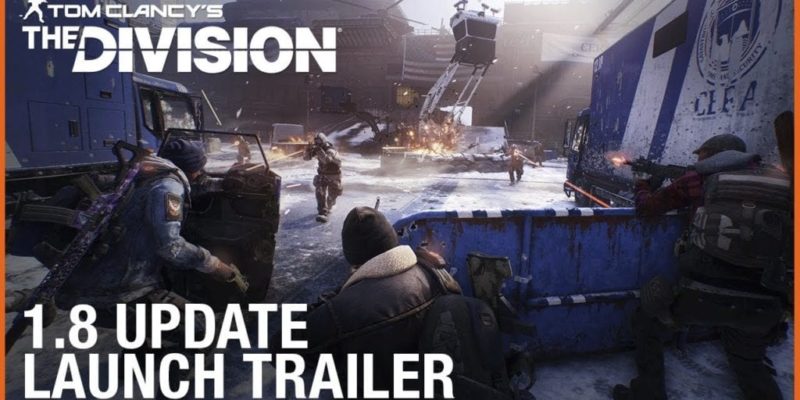 The Division gets a significant free update tomorrow (5 December), that will add a whole new area to the game and a 4v4 PvP mode. Everybody who is interested will be able to give it a try, because Ubisoft are also running a free weekend for the game from 7 December.

That free weekend will run until 10 December. If you already own The Division, you’ll have free access to every add-on included as DLC in the game’s Season Pass from 5 December until the 10th. That’s Underground, Survival, and Last Stand. ‘Gold’ and standard editions of The Division will be on sale through Uplay too (the announcement doesn’t state by how much).

Update 1.8 will be free for everybody who owns the game. It adds a new area called West Side Pier, which (as well as the usual open world activities) will feature two new modes of play.

‘Resistance’ is a PvE horde-type mode, where all the opposing factions have joined together in an effort to take down Division agents. Survive in your team of four for as long as you can to receive greater rewards. Defeated enemies drop resources that can either be used to set up defenses or extend the battlefield.

The other mode is a 4v4 PvP mode called Skirmish. Pretty straightforward rules here. Be the team with the highest number of kills when the time limit expires.

For more on The Division and Update 1.8 you can have a read of this, or watch the trailer below.