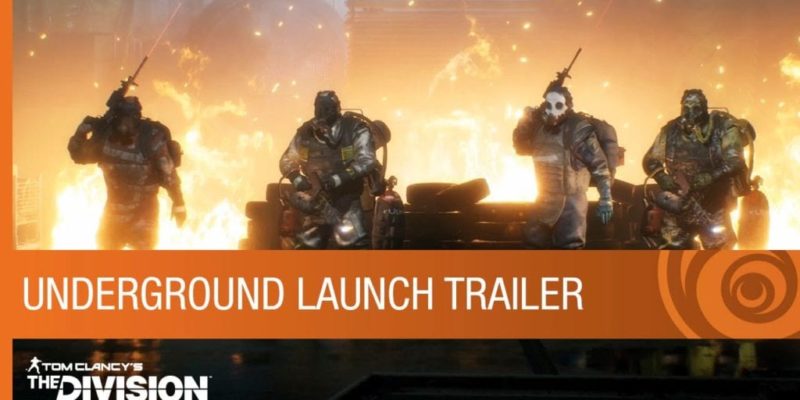 The Division’s first major expansion comes out tomorrow (28 June) on PC, along with a patch taking the game to version 1.3. For those who buy the expansion (or own the Season Pass), this adds new missions in the “urban dungeons” of New York (ie; the subways and below) and an Incursion called ‘Dragon’s Nest’.

Underground also adds a selection of four new gear sets to complete. A fifth (Alphabridge) is included as part of the free update 1.3 (which everyone who owns the base game will get). In addition, 1.3 adds ‘Heroic’ mode to The Division. This will be available in Incursion and Main (challenge) missions, unlocking harder enemies and higher tier rewards.

Expect a whole bunch of new weapons as well. The trailer for Underground can be viewed below, followed by a massive changelog for the update.

The following content, changes, and bug fixes are available for Xbox One and PC players on June 28th. Unfortunately this patch has been delayed on PlayStation 4. Expect more information soon.

Base of Operations Extension

These changes only impact weapons acquired after Update 1.3 unless stated otherwise.

The Mandate delayed to early 2017