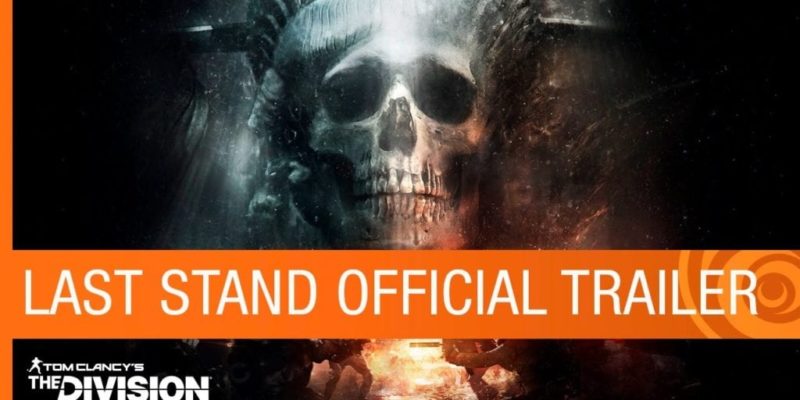 A range of news pertaining to the immanent release of The Division’s Last Stand DLC has been issued today, including the full 1.6 Update changelog. There’s also word of a free trial, and a new trailer for the DLC itself.

That free trial will be available tomorrow (28 February) and will let any players interested in The Division try it out for a six hour period. The full game will be accessible, but you’re only allowed to get to level 8 (assuming you get there in six hours).

Last Stand is also released tomorrow on PC, and is said to “introduce players to a new way of experiencing the Dark Zone through a session-based adversarial game mode featuring clear objectives and win conditions while incorporating key elements of the Dark Zone such as PvE enemies and landmarks.” It was part of the Season Pass, but can be purchased as a stand-alone ($15).

Update 1.6 appears on 28 February too, for all players. Here’s the full changelog. Below, you can see the Last Stand trailer.

Stellaris strives for Utopia in April

Sparc is a VR Sport coming from CCP this year