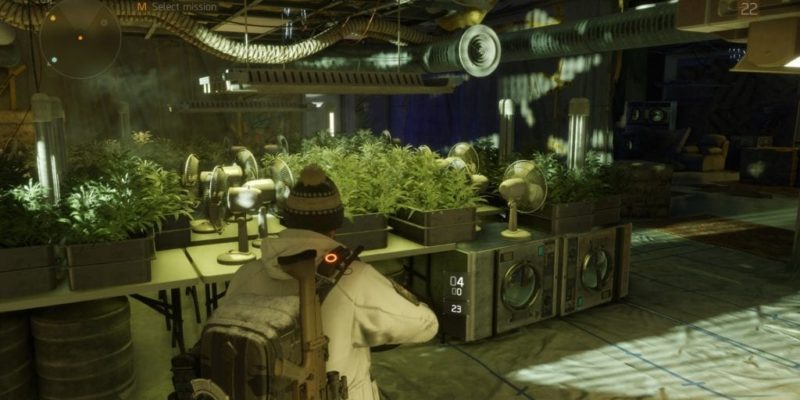 For those of you who’ve been forlornly wandering your level 30 character around The Division’s New York streets, waiting for more military lads to shoot at, 12 April should offer you a reprieve.

Ubisoft have outlined the first of two free Incursion DLC packs, the first of which is called Falcon Lost and arrives on that date I just mentioned right there. It’s claiming to add a new co-op-centric end game mission (based in a Last Man Battalion stronghold within an underground water-treatment facility), and a bundle of top quality loot as rewards. This update will have a loot-trading feature as well, so you can all become The Division’s own version of a dodge market stall vendor.

The second Incursion (dubbed Conflict) will be based around New York’s Columbus Circle and plans to add some new (unspecified at this time) Dark Zone features.

The Falcon Lost update will add a bunch of other things as well. Specifically, these things.

• New gear is a vital centerpiece of Incursions, which introduces four rare gear sets: Sentry’s Call, Striker’s Battle Gear, Path of the Nomad, and Technician’s Authority. Each set is meant to bolster a specific play style; Sentry’s Call promotes consistent precision, Striker’s Battle Gear is for assault-focused players, and so on. Finding and equipping four pieces from a single set unlocks a new, never-before-seen talent for your Agent, which the developers aren’t revealing yet.

• Agent level is still capped at 30, but your gear score can boost your abilities beyond your level, and are touted as a new way of leveling up for top-level players.

• Loot trading is now possible; if you get good loot, you can now drop it on the ground and make it available to other players in your group. In the Dark Zone, you can only drop loot inside the Dark Zone gate.

• Assignments are new tasks – killing 10 Cleaners, for example – that are meant as brief, optional side goals that update daily and can earn you Phoenix Credits, Division tech, and other rewards.

• Supply drops will periodically fall from the sky in the Dark Zone, giving you and other groups something to battle over. They’re also protected by tough enemies, but the loot doesn’t need to be extracted, as it’s uncontaminated, and can’t be stolen once acquired.

• When your Agent dies, you can now camera-follow your teammates, seeing what they see and offering tactical support.

• Falcon Lost has two difficulties: Hard mode, which is recommended for players whose gear score is equivalent to level 31; and challenge mode, which is even tougher. Also, there aren’t any checkpoints in Falcon Lost; if your team goes down, you’ll have to restart from the beginning. Additionally, you can replay Falcon Lost and other upcoming Incursions as many times as you want and still be rewarded with new loot.

• Enemies can now employ drones, aerial enemies that will be tricky to hit. You’ll also be pitted against an armored personnel carrier, which acts as a boss and is impervious to bullets, forcing you to find another way to deal with it.