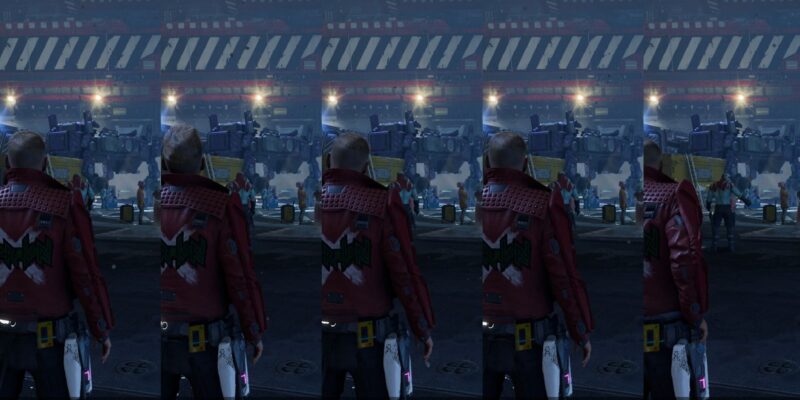 Nvidia DLSS 2.3 went live the other day and is already in place in 16 games. If you’re wondering how the latest implementation does in some of these titles, we’ve put together a little showcase to see several examples in one place. The below side-by-side images show all available DLSS settings as well as DLSS switched off. I also labeled each with the average framerate I got out of that scene. Additionally, all side-by-sides were created using the latest version of Nvidia’s ICAT image comparison app.

For Cyberpunk 2077, I used the area directly outside V’s apartment. On an RTX 3090, the framerate tends to drop to the mid-50s or even the high 40s in larger areas. For whatever reason, DLSS does little to mitigate these framerate drops, as I noticed only paltry increases. Or no increases at all, for that matter. Huh. That’s not normal. Well, I’m sure all the other games will show frame increases. No reason to assume it’s a bottleneck just yet. Across DLSS settings, image quality was quite good, and it’s hard to tell the difference on quality and balanced. Things become more noticeable on performance and ultra performance, though. At max, I only saw a slight frame increase.

I turned on ray tracing here to make things more demanding, as this isn’t such a hungry game. For this game, there’s a super noticeable increase when using DLSS. Ha! Take that possible bottleneck! Going from having DLSS off to having it on quality mode granted over 20 more frames on average. The jump up from quality to balanced also added several frames, even if I don’t see any difference aside from blurrier image quality when going up to performance and ultra performance.

I’m not including framerates in these because the performance in this game is so haphazard, random, and unrelated to processing power that there’s no reason. DLSS also didn’t seem to make any noticeable difference in regard to framerate, but maybe it wouldn’t, because, again, the game’s framerate is terrible, for reasons unrelated to processing power. For whatever reason, ultra performance isn’t available here at all. This game is such a disappointing mess of bugs and horrid optimization that it feels like a bit of waste to even have DLSS included in its list of features. Images were obviously captured in GTA III 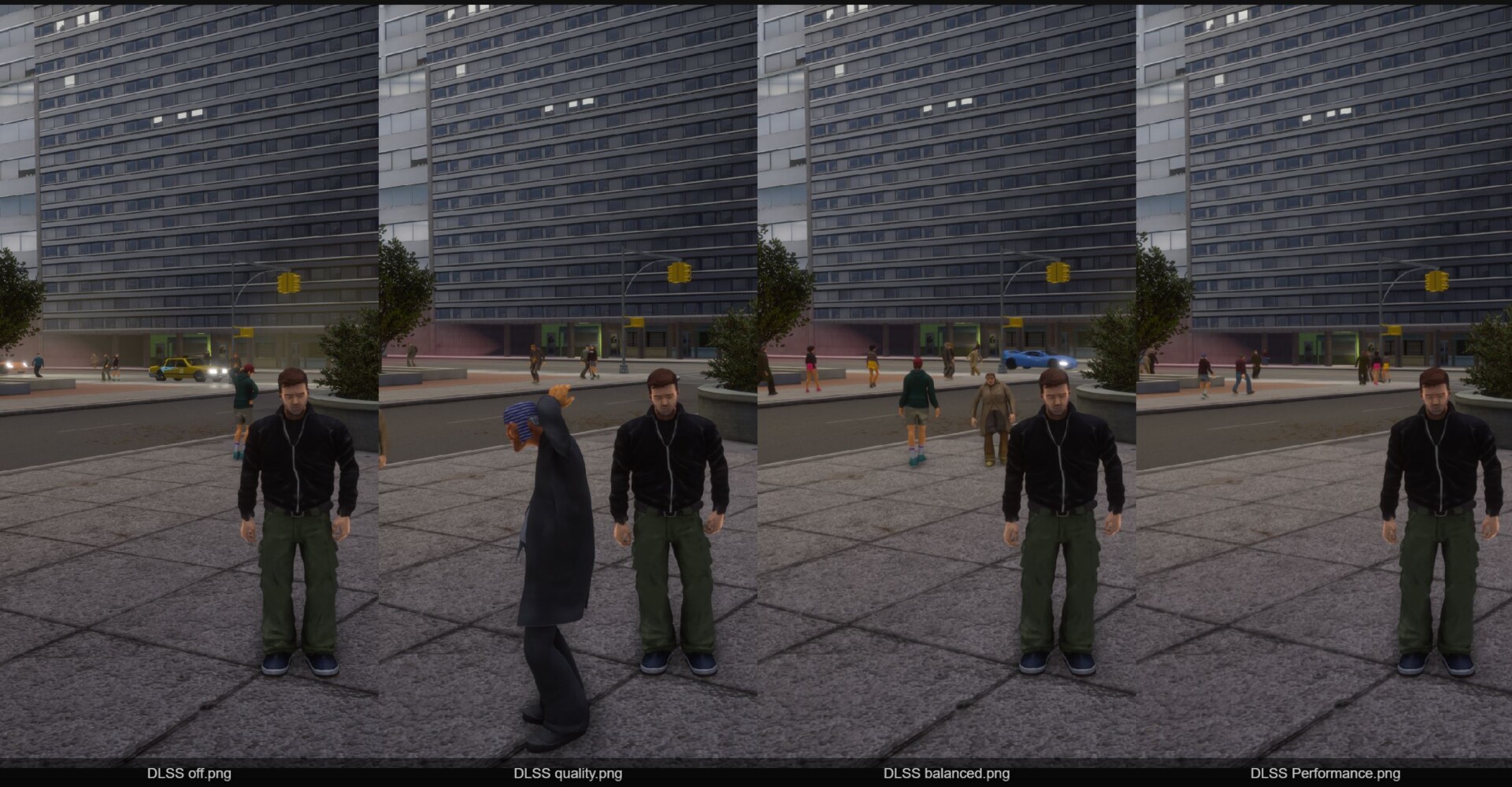 Strangely, Deathloop is showing the same kind of results for me that Cyberpunk did. I’m seeing no fps benefit from it whatsoever. Much like GTA, there’s still no ultra performance option. I tried the game in all three configurations and the fps I saw were all about the same. At 1440p with max graphics in this specific area, it fluctuated between about 60 and 70. This seems quite low considering the RTX 3090. It, uh, looks like my CPU is bottlenecking me, doesn’t it? I’m gonna calm down. Maybe the next results will be better, after all. 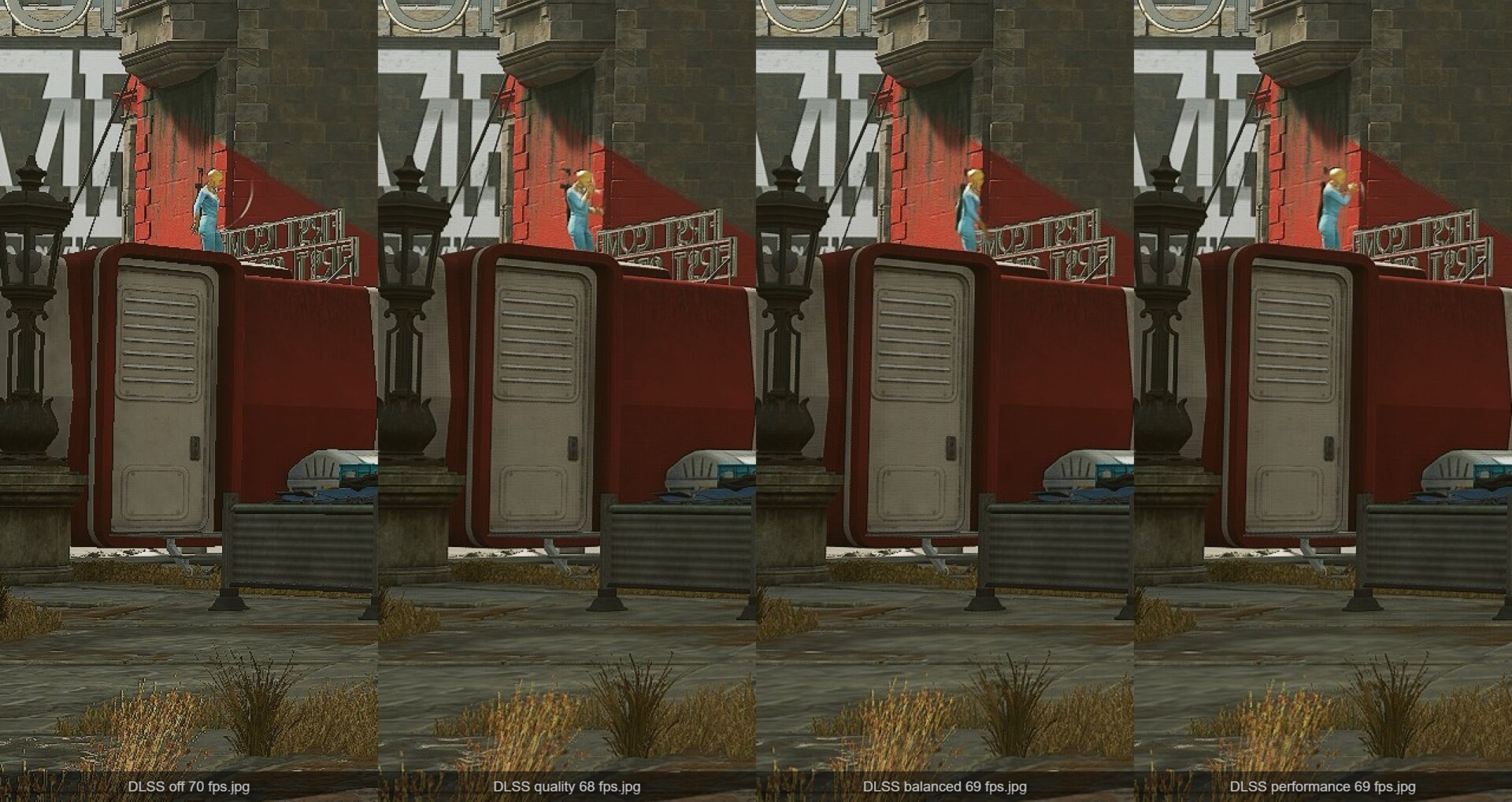 Guardians of the Galaxy

Well, shit. I saw no fps benefit from DLSS here. I checked my GPU and CPU utilization because, surely, my CPU must be bottlenecking me, but they’re both varying from 40-50% load. Obviously, a CPU can bottleneck regardless of load, but for there to be four games with zero difference in frames? That seems a bit much. I went ahead and turned on both ray tracing settings, only to see a fairly minor fps drop, maybe 10 frames or so. Long story short, I have zero idea what’s happening in any capacity, which extends to my life in general. The ray tracing is clearly on, but I don’t think I’ve seen such a small fps impact from it. Again, I didn’t see extra frames when using it in conjunction with DLSS. Images were captured shortly after landing in Knowhere in chapter 6. 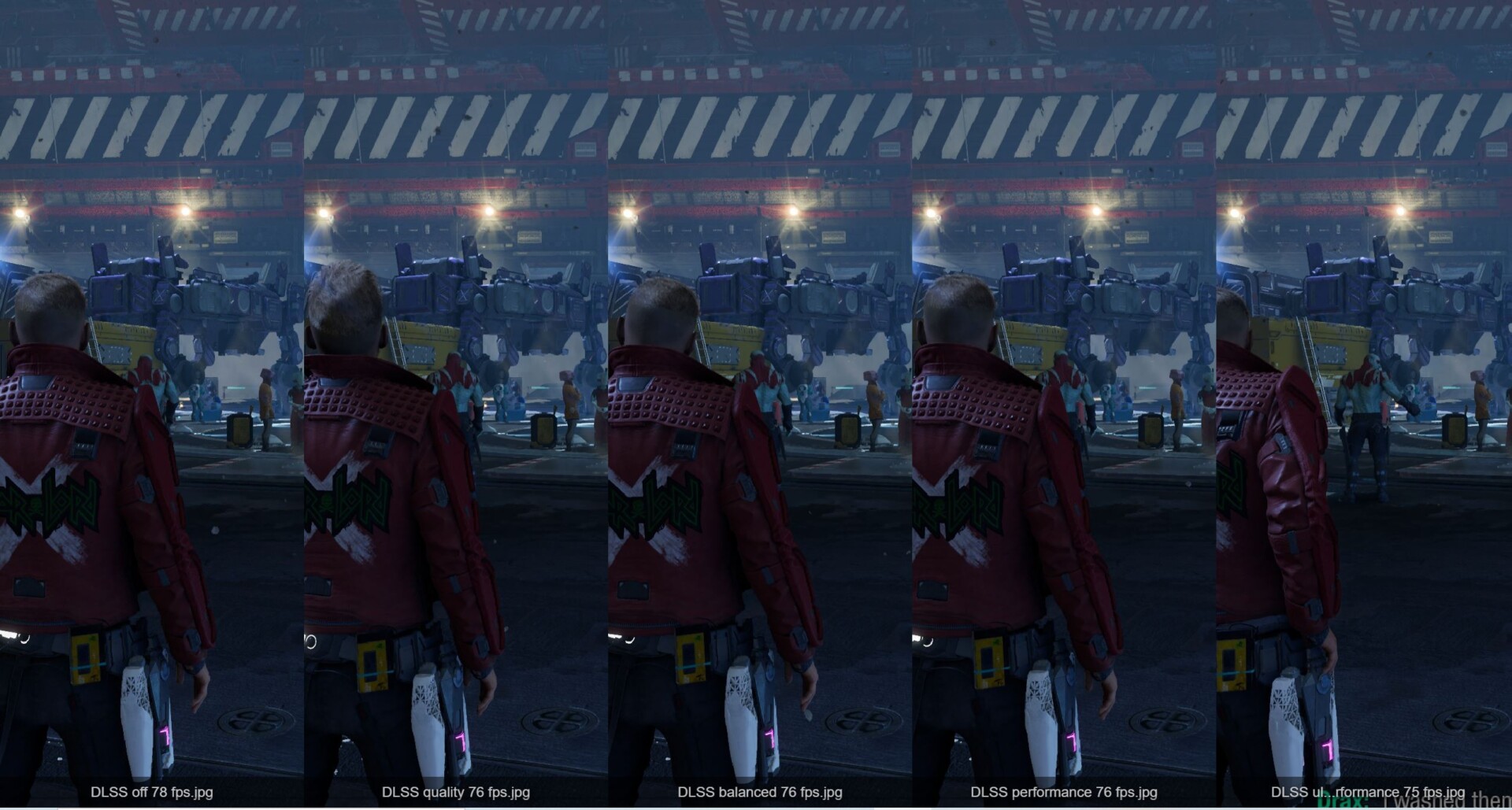 Rise of the Tomb Raider

This one is a bit interesting. Although Rise of the Tomb Raider received DLSS in a patch a month ago, this patch caused performance problems for a notable set of users. Square Enix then pulled the patch out of the default branch and rolled back the previous one. As such, if you’ve got the game installed in its default form, you don’t have DLSS at the moment. Anyone who wants it will have to opt into the most recent beta build of the game, which comes with full DLSS. It’s only a roughly 500 MB download, so it’s super quick regardless. I got a solid 120 fps out of this game and my monitor is locked at 120 fps, so I’m forgoing any framerate analysis or bewildered bottleneck comtemplation. It’s worth mentioning that the included anti-aliasing isn’t quite up to modern standards, coming with just FXAA and SMAA. Even if you don’t need the performance increase, you can make the game look better by using DLSS on quality or balanced. Images were captured in an expedition in the daytime Syberian level. 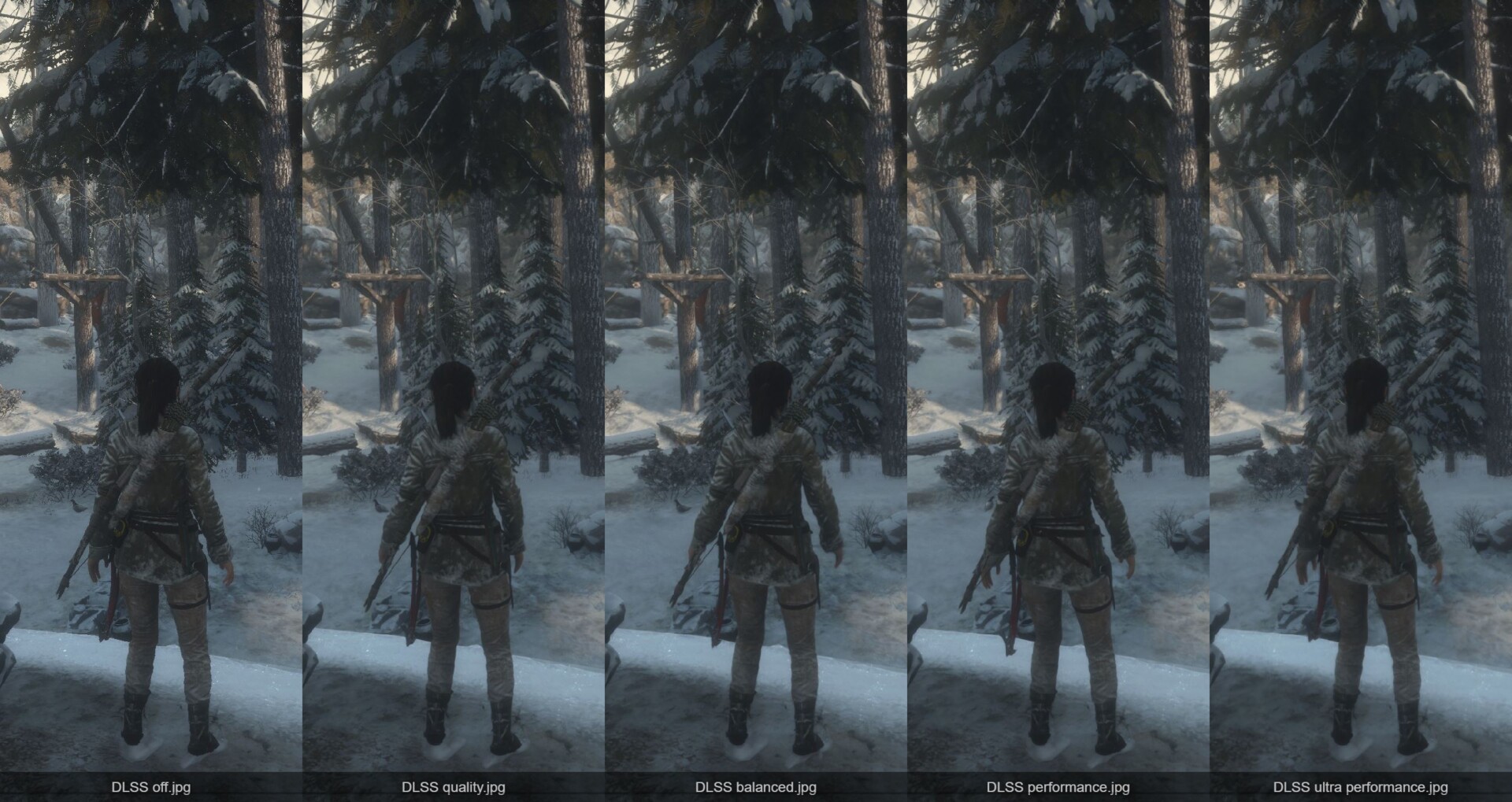 Shadow of the Tomb Raider

Unlike its predecessor, this game has DLSS right out of the box with zero issues. Similarly, I also got a solid 120 fps here. I have to say, it’s very nice to see games performing so well after the last several on this list gave me so much cerebral whiplash. I did see some screen tearing, however, which was a surprise given that I run the game at my refresh rate, but I’m not some kind of PC wizard. The images were taken in the first of the game’s optional challenge tombs, of which there are many. Lara was also camera shy here for some reason. Don’t ask me, I just work here. 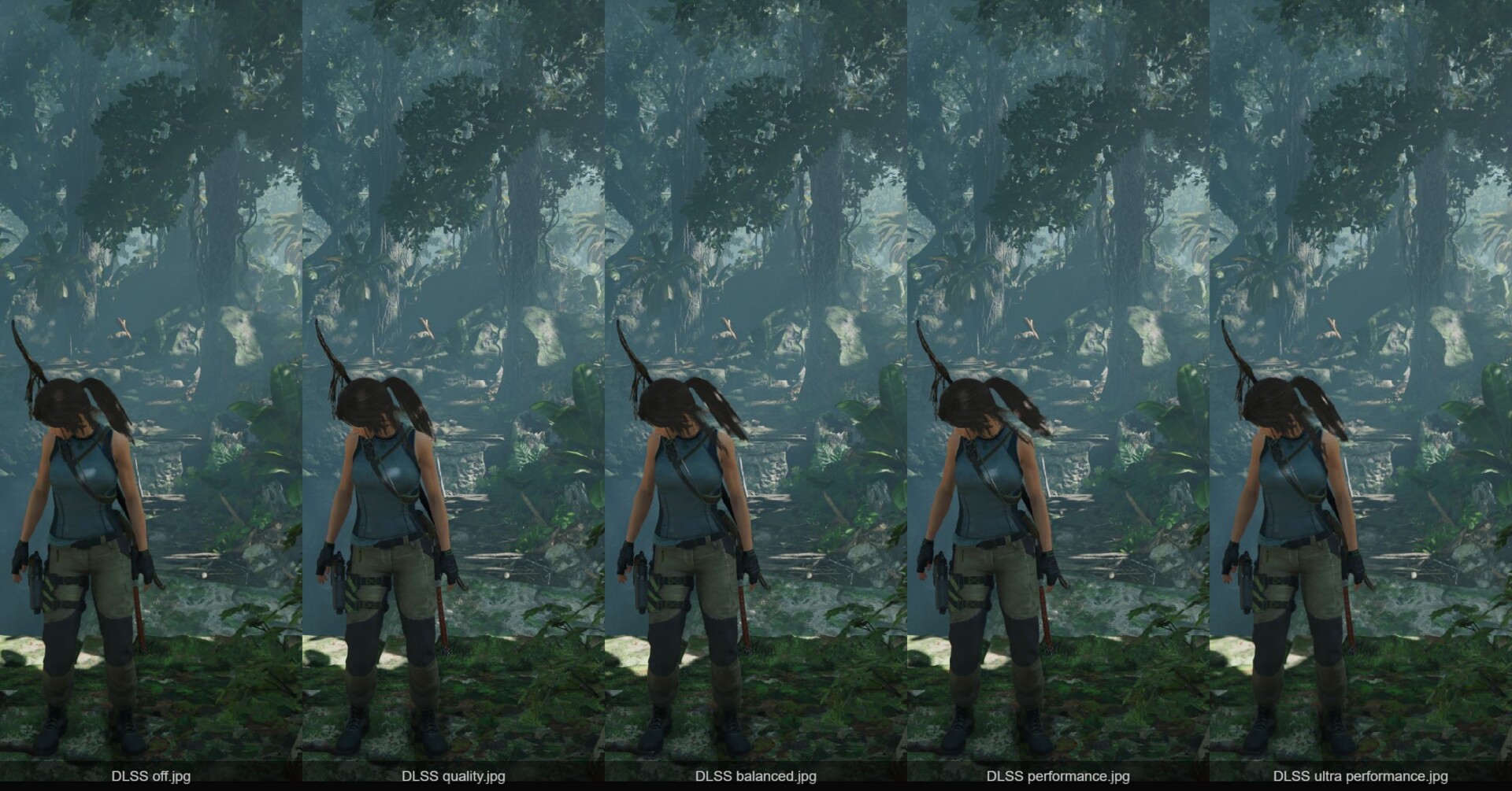 That’s a look at how seven DLSS 2.3 games work with an RTX 3090 and a CPU that I really need to replace. My CPU is absolutely bottlenecking me, so the fps readings didn’t go very well, but, hey. If you need me, I’m going to be crying underneath the covers. At least it’s clear to see just how accurate DLSS 2.3 is at upscaling. On quality and balanced, it’s hard to tell even when the game is in motion, and that’s really saying something.