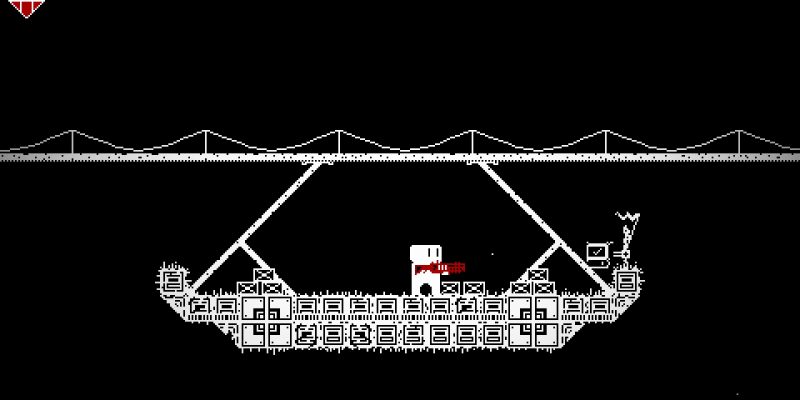 It’s always a bit of a risk to make a modern game with a 1-bit aesthetic. Nostalgia for that era can be more than effective for some, but I never owned a 1-bit machine. To the retro-focused games made in that likeness don’t tend to do much for me visually. Dogworld, as the title of this review implies, is graphically 1-bit and comprised solely of three colors: black, white, and red. It’s also a bit of a Metroid-like, with a lot of run-and-gun action and some intense boss battles. The game delivers on most fronts, even if it’s a little too front-loaded, monotonous, and there are some major issues with the difficulty curve and weapon balance.

As one would likely be able to surmise, Dogworld is set in a world where there are dogs. Kind of. The gist is that Earth has been destroyed by cataclysmic events and humankind flees to Mars. An AI trusted to oversee many aspects of life to become damaged and turn evil, destroying most of the race and leaving the remnants trapped in pods underground. The game begins with the player character, a child known only as Boy, in one such pod, only for an earthquake to rocket them up to the surface. Relax, Mars is terraformed.

Upon exploring the surface, Boy is captured and meets a talking dog named Roxy, that takes him to her village. There he learns that the evil AI is actually evil and not good like literally no one would think. Naturally, it’s up to Boy to shoot things until the problems go away, as he’s the only one that can do the thing, because there are, like, five dogs in Dogworld. One of the dogs is also stuck in a barrel, though, which is kind of funny. The writing is fine for what it is, even if the narrative can be rather perfunctory. There are lots of data logs to read all over the place too, which helps to connect all the dots regarding all the post-apocalyptic mumbo-jumbo. 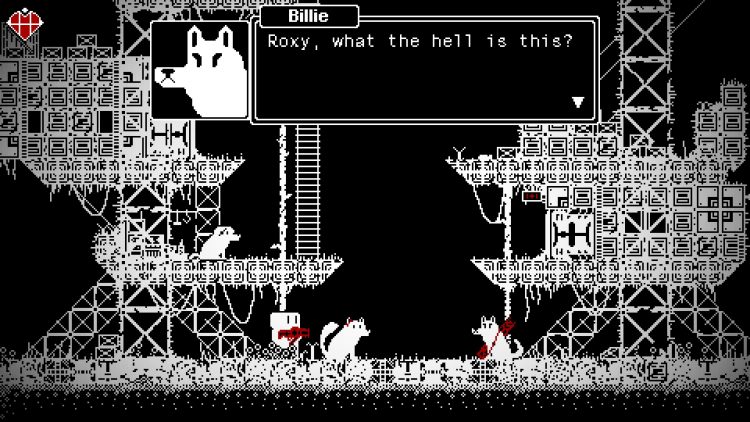 Dogworld‘s mechanics are simple. Boy can jump, dodge, and shoot guns. Said guns come in the typical assortment. You’ve got your weak, infinite spray machine gun, shotgun, stronger machine gun that has to recharge, sniper rifle, and rocket launcher. Each weapon can be upgraded with currency dropped by downed foes or found in chests. The thing is, upgrading those first two weapons to max level is all you need to capably handle everything the game throws at you. The first gun becomes a flamethrower when it’s fully upgraded, annihilating every normal enemy with ease.

The shooting is fine, but Boy can only aim to the side and directly up, which can make positioning problematic when you use anything other than the flamethrower. But you really shouldn’t be using anything other than the flamethrower. The controls in Dogworld are precise and responsive as well, with the dodge, in particular, being smooth while granting a surprising number of invincibility frames. The only reason to upgrade the sniper rifle is that you can add a bayonet to it that lets Boy damage enemies with his slide while that gun is equipped. The invulnerability time after Boy gets hit is obnoxiously short, though. It’s easy to lose most of your life in a couple of seconds due to a single mistake (or enemy spam).

Enemy variety is decent, with its bestiary comprised of simple black or white creatures that are often in bug or blob form. There are a few underwater enemies as well, although they’re typical marine fare. Dogworld is also home to a lot of boss battles. These start out easy and become either obnoxiously difficult or slightly challenging, depending on if you’re using a broken weapon or not. To be honest, a few of the mid-game boss battles are awful, and poorly designed. They have a tendency to spam attacks over and over and over. One boss can call nine enemies out of the sky in a row, leaving you with nowhere to dodge. And Boy can only take six hits before dying, so winning these fights often comes down to luck more than anything. 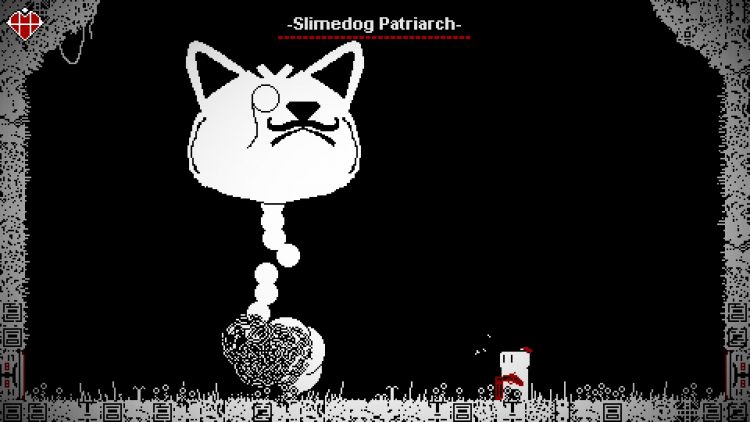 During earlier sections, Dogworld has many characteristics of a Metroid-like. Areas are interconnected and Boy does obtain a couple of new abilities here and there that allow him to reach some places he couldn’t before. But there aren’t any powerups to find, so goodies boil down to chests filled with currency or tapes that contain lore. I never felt there was a particularly good reason to explore. The monochrome presentation certainly didn’t help matters, since so much of the game is uninteresting to look at, as most everything has a solid black background.

The black-and-white visuals also don’t translate all that well regarding fights either. Enemies can easily blend into the ground, making it difficult to discern where they are or even if they are. One enemy explodes into several smaller ones, and I could never see them afterward, so I just had to spray and pray to eradicate them. Saving is handled by using terminals scattered around, some of which can be far away from one another. But the platforming sections, while occasionally demanding, are well-designed and enjoyable

The pacing in Dogworld is quick and the game is clear about progression. Later, though, it cuts out the interconnected locations and just has players teleport directly to levels. I’m not sure if this was due to time constraints or what, but it feels a little slapped on and overly convenient for the teleporter to just magically become so useful out of the blue. At least the level design is mostly clear, even if it likes to turn into a long hallway where you blast things for a while sometimes. One late-game section sees Boy dodging through copious lasers in trial-and-error fashion. There are no save points in between and it vexed me. 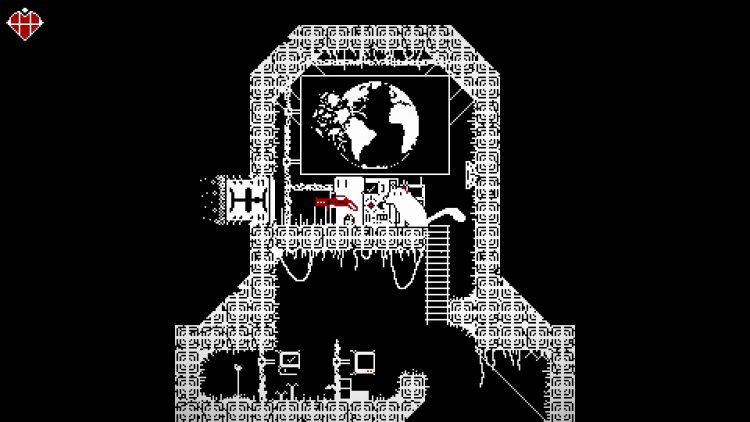 Overall, Dogworld is a solid way to spend six or seven hours. Some of the boss battles are awful, the flamethrower makes enemy encounters entirely non-threatening, the black-and-white (with a splash of red) visuals are monotonous. And the ending I got sucked, but the good still outweighs the bad. It’s just weird that there are so few dogs. There are barely enough in the game to fill out a village, let alone an entire world.

Dogworld can be annoying at times, but it plays well and has an interesting story that makes it worth a playthrough. As long as the crummy bosses don't frustrate you too much.