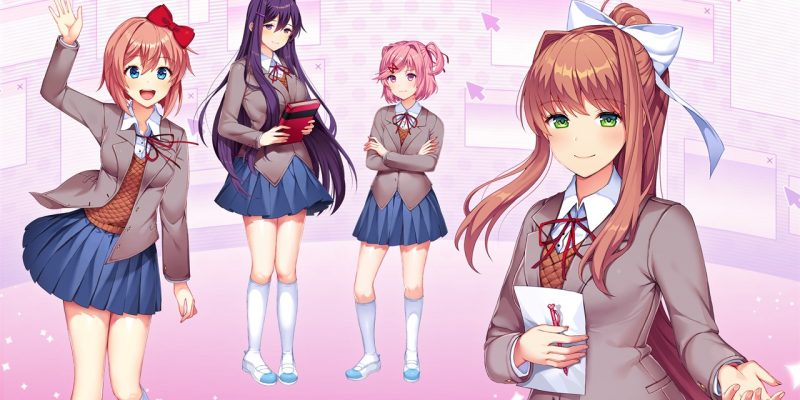 Way back in 2017, Dan Salvato unleashed Doki Doki Literature Club onto the world. What appeared as just another trope-filled, cliché-ridden visual novel clogging up Steam actually turned out to be something much different. The game is one of the best horror games ever made; a truly psychologically disturbing experience. With it being free on Steam and able to run on even the most low-spec computer, the game saw huge success. Earlier this year at E3, an updated version of the game was announced, with Plus! tacked on. And this brings us to this article’s titular question: is Doki Doki Literature Club Plus worth it?

Before I get into why, I will start off by answering that question immediately with an unequivocal yes. The main game is unchanged outside of new HD illustrations that all look very crisp. Doki Doki Plus features all-new sprites and backgrounds, as well as new and remixed music throughout. There’s even a music player in the main menu.

The biggest new addition to the game are the six side stories that add a lot of background on the four main characters. There is no horror contained in these; it’s pure character building, but with the same level of top-notch writing that made the main game so affecting. These side stories are unlocked by playing through the main game and focusing on specific girls when writing your poems after each day. Just like the main game, they take about four hours to do altogether. They are also non-interactive, and play the most like a traditional visual novel.

These stories take place outside the main canon of the game and explore how each of the four girls, Natsuki, Yuri, Sayori, and Monika met and joined the Literature Club. Again, these sections aren’t scary, and instead focus on just character building pieces — they’re all great. By the end, you get a much better sense of who the four girls are. It also makes the horror aspects of the main game hit so much harder, as you build a stronger connection with the cast.

The side stories, like the main game, don’t shy away from dealing with some actual issues, either. Depression, self-worth, and more real-life problems that affect young people are addressed with a deft hand. Nothing feels exploitative. There is still no voice acting in the game, and while some may think that is a downside, I disagree. When shit hits the fan in the main game and it starts getting disturbing, whatever you hear in your head is going to sound a lot better than a voice actor making a “spooky voice.” Plus, a big theme of the game is communication, and the lack of a physical voice really helps to drive that point home.

There is also a new in-game desktop to access the game’s files. This feature was added solely so the game could work on consoles since you can’t access game files on a PlayStation or Switch. I would actually recommend not touching that part when playing on PC. It lessens some of the impact of the points where these files become relevant. Also, since they are so easy to access from the main menu, they could also contain huge spoilers for new players. 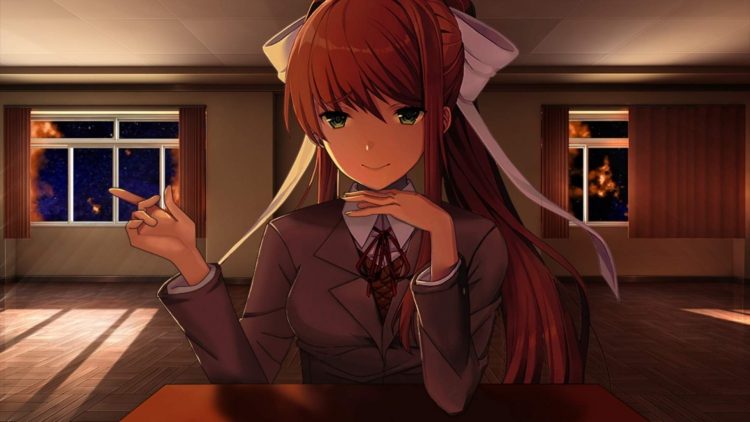 There’s also an in-game email feature where you receive emails from a company called “Metaverse Enterprise Solutions.” Like the rest of the game, it feels very meta and may even be setting up other games. It’s all big time Game Theory fuel, and I’m here for it. The feature also begins with a content warning right off the bat that it contains some huge spoilers.

There are also content warnings that appear right before some of the more frightening moments. I would highly recommend turning these off to keep your play experience pure, especially during your first playthrough. It completely ruins the experience to have the game tell you when something scary is going to happen, and sucks all the tension out of the situation. This is a psychological horror game, after all. If you don’t think you’re up for it, maybe read the content warning at the very start of the game. But, usually, if you’re playing this kind of game, you’re already expecting to see some disturbing stuff.

Doki Doki Literature Club Plus! is an already great experience made even better. Hardcore completionists will spend multiple hours and playthroughs trying to unlock every email, gallery illustration, and side story. If you have never played the game before then this is the absolute best time to get into a modern horror classic. The game is available for $15 USD right now on Steam and is an absolute steal for it. Plus, it’s 10% off through July 7.

How to view your Call of Duty: Warzone personal record