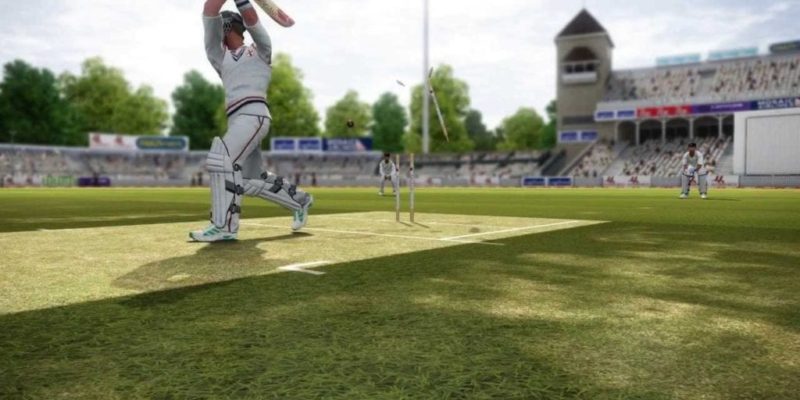 You don’t want this to happen.

I’m not sure what Australia’s Don Bradman would’ve made of his country’s ongoing efforts in the latest Ashes series, but it’s unlikely he’d have been too impressed. Still, what happens in the real world can be put right in the virtual one, and with Ashes Cricket 2013 delayed until November, it’ll be good to have the alternative option of Don Bradman Cricket 14 to look at.

Developers Big Ant Studios are said to have been working on this one for four years, so it should be in good shape by now. Mechanically speaking, it’s offering 360 degree control over shots while batting and total line/length control (without pitch markers) for bowling. Realistic Edges, bat-pad catches and ball movement off the pitch are promised as well, thanks to the science-magic of ball physics. Players have their own individual physics systems too, depending on their height and weight.

If you don’t agree with an umpire’s decision, you can appeal and ask for an electronic review in-keeping with the modern rules of the game. On the field, you’ll also be chasing down fours and leaping to nab catches.

Don Bradman Cricket 14 also seems to have customisation in its sights, allowing you to create “Teams, players, Tours, Competitions, Match Types and even Umpires,” as well as shipping with a claimed excess of 4,000 community-created players. There’s a career mode too, where you guide a young cricketer from early warm-up matches to International triumph.

Chuck in dynamic weather and pitch degradation, alongside the ability to save at any time during an online game (which in itself confirms multiplayer,) and you have an awful lot of promising-sounding features.

We’ll see if Don Bradman Cricket 14 can deliver on all of that when it’s released “later this year.” Here’s a short teaser from when the game was just called Cricket 14, followed by some screens.