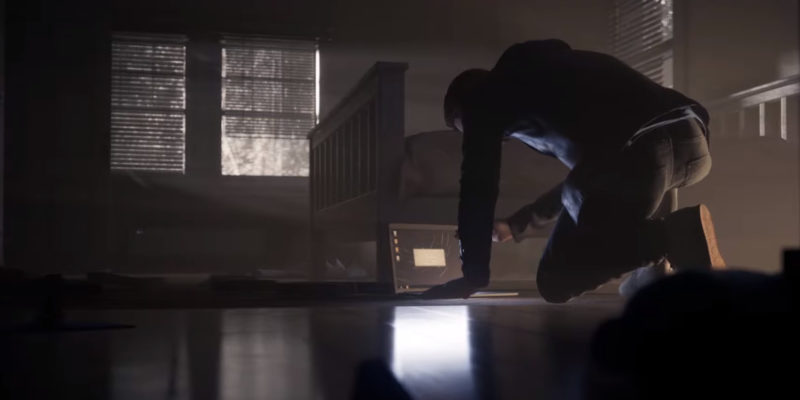 There still isn’t much to go on for Dontnod’s adventure Twin Mirror, but this new teaser trailer gives us a little info about what to expect. We also know now that this isn’t an episodic game, but will instead be a full release.

While Dontnod’s recent bits have focused more on teenagers and young adults, Twin Mirror shifts things up considerably. This one seems to be about adults, and indeed, it looks and feels a bit more gritty and adult too.

We’ll be following Sam Higgs, an investigative journalist who’s returning to his hometown of Basswood after quite some time to attend the funeral of a friend. But then strange things start kicking off, and the peaceful town may not actually be as peaceful as it seems.

Twin Mirror has been in development for quite some time; I mean, we first heard about it back in 2018 when it was an episodic title. As such, it’s fair to say it’s probably shifted quite a bit. Putting together what old information we have, though, it’s an episodic title with multiple endings and a fair bit of freedom in how you conduct Sam’s investigation. You’ll also be working alongside “the Double” – a projection of Sam’s psyche and inner voice. There’s even a mind palace that you can use to analyse crime scenes, though it remains to be seen whether the Double is something you’ll always want to listen to. A metaphysical personification of your inner voice makes quite a change from Dontnod’s other sidekick characters, at least.

In short, it looks and sounds a bit like a sleepy town detective mystery, sort of like a less surreal Twin Peaks or a less insane Deadly Premonition. Or, I suppose, Sherlock Holmes. Color me interested.

We know it’s an Epic Games Store exclusive (for one year, at least) but all the trailer says is “Coming soon.” A press release sent out afterwards indicates that it’ll be out in 2020, so hopefully Dontnod will manage to stick to that.

Among Trees is still gorgeous in new trailer, out now in Early Access