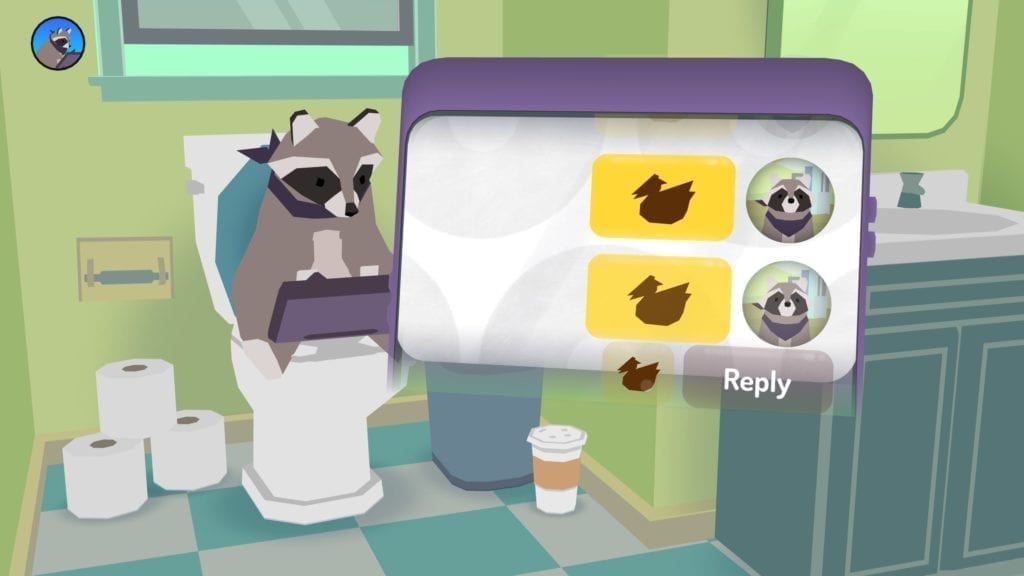 Welcome to the first entry of Playdate, a regular series that will focus on games that we PC gamers can share and enjoy with our more casual friends, or play together with our significant others. These games might be small, story-based indie games or the next large, triple-A multiplayer shooters. There are no specific qualifications these games must meet. They don’t even need to have multiplayer. The only rule is that the games must be accessible and fun for casual players.

You might wonder how a game with no multiplayer could be fun for multiple people. I know! It sounds strange! So, I’ve chosen the first featured game of Playdate to prove that it is indeed possible. Welcome to Donut County.

In Donut County, you pilot a mobile hole in the ground through small, puzzle-based levels. Your hole grows in size as you swallow up items around the map. Eventually, your hole will be large enough to bury entire houses. While the game does introduce some puzzle elements here and there, it never strays far from this core mechanic. Sounds simple, right?

This is what makes Donut County a great game to play with someone who might not be a “hardcore gamer”. Everyone understands the mechanics of a hole: it’s a thing that other things can fall into. The puzzles can get a bit absurd at times, but they are just difficult enough that they’re great for getting you to work together to solve them without getting frustrated.

The art of Donut County is also relatively simple, but beautifully stylised. I don’t think it’s possible to be sad while playing this game. The bright colors and cute characters should be loved by absolutely anyone. The characters and environments are well designed and unique looking without being overly complicated or demanding on your hardware. 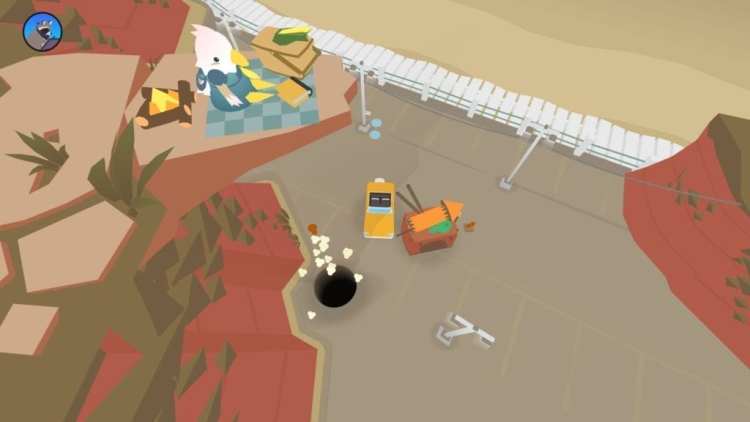 Shooting fireworks out of a mobile hole to knock a bird having a picnic off of a cliff. Yeah, this is totally normal.

Short, Sassy, And To The Point

What Donut County lacks in challenging mechanics, it makes up for with excellent writing. The story takes place in a loose interpretation of Los Angeles and follows two donut shop employees, Mira and a mischievous little raccoon named BK. You’ll join Mira, BK, and their neighbors as they recall the events that led to their entire town ending up at the bottom of a massive hole. I don’t want to give anything away, but the story of Donut County goes places I never expected.

Donut County can be beaten in its entirety in three to four hours, meaning it can easily be tackled in one or two sessions. Games more and more seem to be drifting past the 50-hour mark, so a shorter story now and then can be very refreshing. The short length also makes the game more appealing to casual players who might not be willing to devote dozens of hours to a video game.

The dialogue between the characters is where this game really shines. A lot of the conversations between characters read as if they were text messages (sometimes they actually are), which may be off-putting to some people. If that doesn’t bother you, though, you’re in for a treat. The writing is humorous, and some of the characters are hilariously sassy, especially BK. This quadcopter-loving raccoon sassed his way straight into my heart and could possibly be my favorite video game character from 2018. 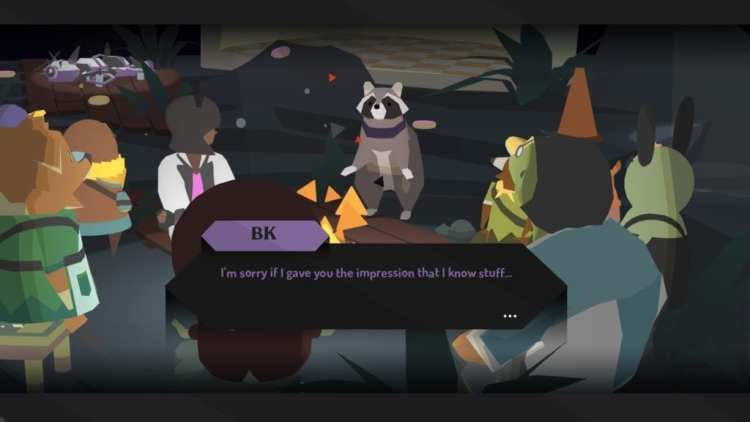 The second they’re offering a plush version of BK, I’m buying it.

These Jokes Are Trashy

At the end of each level, you’ll have the option to view all the items that have been swallowed by your hole. This is called the Trashopedia, and it is easily one of my most favorite parts of Donut County. The Trashopeida will log all the items you collect along with a quick description of each item. However, the descriptions are written from the perspective of a raccoon and are sometimes flat-out hilarious. My girlfriend and I religiously checked every item in the Trashopedia. It doesn’t take very long to swipe through, and it’s easily worth your time. There are even a couple secrets within the Trashopedia, but I’m not going to say any more than that. 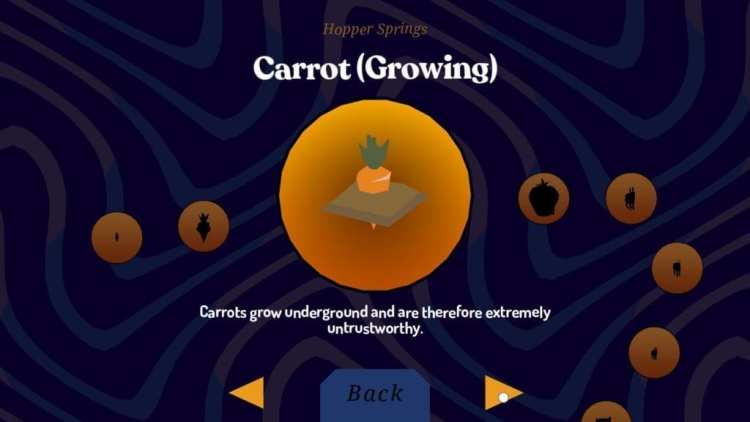 I always knew carrots were a little shady.

The Most Fun You Can Have With A Raccoon

I played through all of Donut County with my girlfriend on a Saturday night. We loved our time that we spent with the game. We would trade the controller back and forth, alternating turns on each level. Some of the harder puzzles required us to brainstorm solutions together, and the hilarious writing kept us laughing all throughout. If you’re looking to spend a couple quality hours with anyone who might not be a huge gamer, I highly recommend Donut County.

Have A Garbage Day!