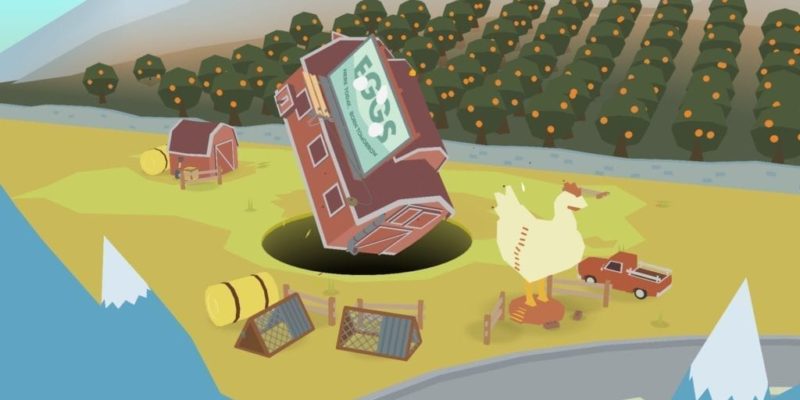 Best described as a “reverse Katamari,” Donut County puts players in the role of an all-consuming sinkhole. You’ll complete levels by pulling objects into the hole, combining them, and spitting them back out. It’s a silly concept, but everything about Donut County seems steeped in a wonderful sense of whimsy and mystery. It might be a game about destroying environments, but it looks charming as hell.

The trailer accompanying the Donut County release date news teases minor story details. A collection of characters — including a human woman and a talking raccoon — discuss the hole’s vague origins. “A donut without a whole is called a nut,” says BK, a scarf-wearing raccoon. His philosophical examination of donuts and their holes is interrupted by Mira. She accosts him for destroying their town, citing BK as the one who introduced the sinkhole to Donut County. A few scenes of hole-based chaos follow. The sinkhole starts small, pulling boxes and telescopes into its mouth. But soon, it consumes cars, buildings, and even Donut County residents. There’s more to the story than we’re led to believe.