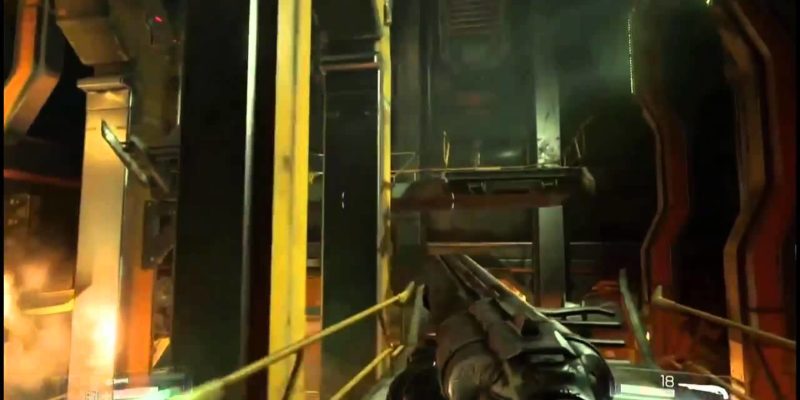 There was a lot of Doom on show at the Bethesda conference this evening and most of the action was demonstrated with new gameplay footage. This included single player campaign action, multiplayer with the SnapMap editor, and a first look at hell.

The single player trailer showed our beloved marine running around a lava filled station mainly using the shotgun and super shotgun and there was also footage of the finishing moves which are of course new in this reboot.

The multiplayer trailer shows, well multiplayer, but the map editor was an interesting addition, even if it does a look a little basic.

Oddly enough id decided to show Hell and some of the beefier foes and more advanced beefier weapons.