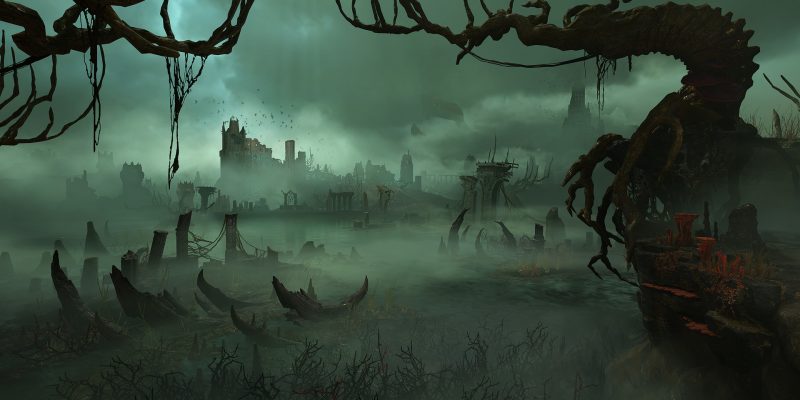 After a week of building anticipation, Bethesda released Doom Eternal: The Ancient Gods – Part Two’s teaser trailer today. The 23-second video provided only a small glimpse of the action, but it was enough to rev fans up for the expansion’s release. The hype-building isn’t over, either; Bethesda plans to release a full trailer in just two days.

Last week, Bethesda and id Software announced via Twitter that a teaser trailer was on its way. In the meantime, fans received a glimpse at some of Part Two’s artwork. The image showed what appeared to be some sort of epic battle, which makes sense, considering that Part Two will conclude the Doom Slayer’s story. The Doom Slayer and the Dark Lord could be seen in fighting positions as two giant demons faced off in the background.

Today’s teaser trailer features that same The Ancient Gods – Part Two artwork at the end. Before the image, Bethesda shows some cinematic footage of the upcoming expansion. The clip shows the Doom Slayer approaching the Dark Lord’s lair as the two prepare for battle. The Dark Lord seems to have quite the demon army behind him, but the Doom Slayer won’t be ill-prepared. New tanks, soldiers, and weapons can be seen, including a new laser hammer in the Doom Slayer’s hand. Check out the teaser trailer below.

We’re soon coming up on the one-year anniversary of Doom Eternal‘s release. The main campaign follows a silent protagonist known as the Doom Slayer as he takes down Hell’s armies after an invasion on Earth. The first DLC, The Ancient Gods – Part One, released in October as a standalone expansion. The Doom Slayer finds himself back in Hell, battling new demons with even greater weapons. He encounters the Dark Lord, an evil version of himself. In The Ancient Gods – Part Two, the Doom Slayer will set out to destroy his Hellish doppelgänger.

Chasing Static, a PS1-style ghost hunting game, has a limited-time demo out on Steam today