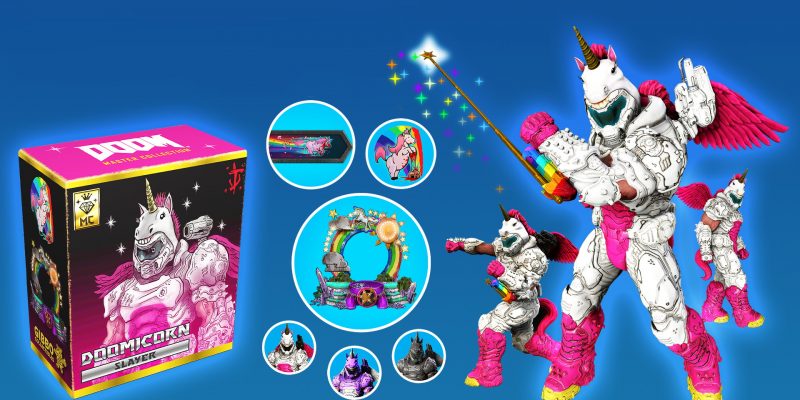 When Doom Eternal released just last year, developer id Software assured fans it wouldn’t be receiving microtransactions. More specifically, the creative director Hugo Martin himself said that “Eternal is a $60 game, not a free-to-play or a mobile game,” and that there would be no store in it “like you’d expect.”

However, it would appear plans have changed. A new cosmetic DLC pack has just released in Doom Eternal. Priced at $5 USD, the Doomicorn Master Collection Cosmetic Pack gives the player various skins, animations, and podiums to use. Previously, this pack came as a free reward as part of the Twitch Prime Gaming Loot program.

A broken is promise bad enough, but a poorly designed broken promise is downright insulting. It turns out that many of the consumers who have bought this DLC aren’t even receiving the promised skins.

To make matters worse, this isn’t the only microtransaction in Doom Eternal that id Software has messed up. Alongside the Doomicorn pack, the Series One Cosmetic Pack has also been added. At $8.99 USD it is more expensive, coming with all of the cosmetics that were only available for Eternal‘s first season. At least, it should provide season one cosmetics. Instead, the Series One Cosmetic Pack gives players the Doomicorn skins when purchased. Even if you aren’t overly bothered by the ethics of microtransactions in Doom Eternal, it is recommended to avoid purchasing either pack until this is addressed.

Sadly, microtransactions being added to AAA games against a developer’s previous promise is not uncommon. Activision’s Crash Team Racing received the same treatment in 2019 and was also heavily criticized by fans for doing so. It is most likely not id Software that has decided to do this, but rather publisher Bethesda. It seems unlikely that id Software wanted to do this given Martin’s previous stance against this kind of business model.