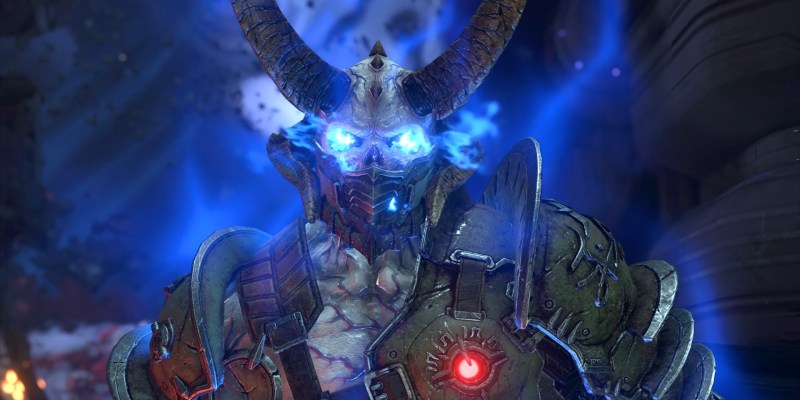 It’s been a few months since the announcement for Doom Eternal‘s latest Horde Mode expansion at QuakeCon 2021. The news of the teased Horde Mode replaced the previously promised Invasion Mode, which would have let players spawn as demons inside other players’ campaigns. It’s crazy to think that Invasion Mode was first discussed back at QuakeCon 2018. Honestly, that feels like decades ago. It looks like you’ll only have to wait a few more days to slaughter, slice, and shred waves of enemies in Doom Eternal with Horde Mode launching on October 26.

The release date for the new mode was recently revealed in a trailer posted to the Bethesda YouTube channel. However, additional information is still fairly sparse at this point. There is more to the upcoming update than the challenge of wiping out demon waves. This is all part of the Update 6.66, which also brings with it two more Master Levels and “enhancements” to the 2v1 Battlemode, a mode where two demons face off against a Slayer. In Battlemode, the winner goes to the demonic entity who proves they are top dawg in the best of five rounds

Bring on the horde

The Doom Eternal Horde Mode will be available on October 26 as a free update. You can see the mode in action on Bethesda’s official official Twitch and YouTube channels tonight at 7:30 PM ET. Likely, tonight’s streams will help to fill in some of the gaps. Id Software developers Hugo Martin and Josh Boyle will both be on stream to talk about the update. Hopefully, during the showing, we’ll hear something about how many challenge levels will be available and how many enemies one must endure to be crowned victorious.

As previously mentioned, the update comes in place of Invasion mode. The decision to reallocate development resources was largely impacted by COVID-19. The news was previously broken on the Slayers Club blog.