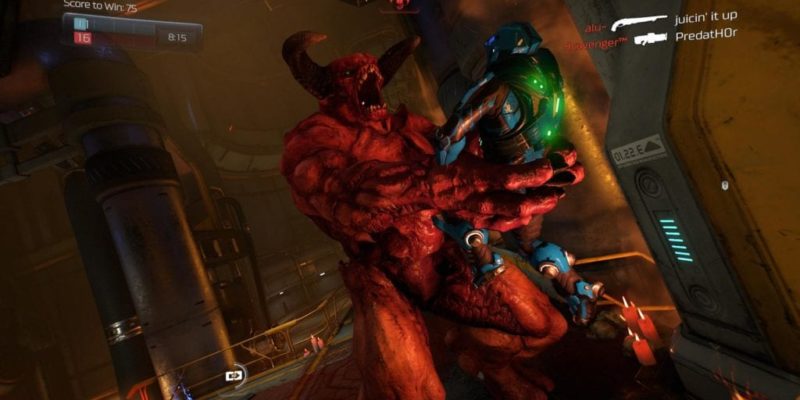 The aptly named Update 6.66 has been released for DOOM today, revamping multiplayer and making all DLC free. In order to get people to try it out, Bethesda is making parts of the game free to play for the next few days. You’ll get the first two levels of single player, and all of the multiplayer modes.

On PC, the free period starts tomorrow (20 July) at noon Central Time (10am Pacific, 6pm in the UK). It runs until Sunday 23 July at 3pm Central. You’ll be able to download and play through Steam during that window. Across that same period, DOOM will be on sale for $15 USD. As usual, any progress you make in multiplayer will carry over if you decide to buy the game.

A full FAQ for Update 6.66 can be read here. It unlocks all multiplayer DLC for every player, changes the level progression system. From now on, there are specific requirements for each gun and bit of equipment (rather than unlocks being randomised). A new ‘Runes’ system and updated UI are included in the patch as well.

The Wolf Among Us: S02 and the case of Telltale’s lost interactivity