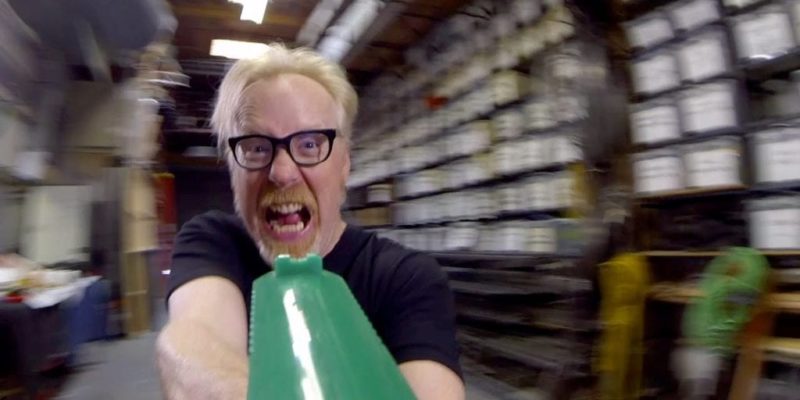 The team of Adam Savage and Jamie Hyneman, better known as the MythBusters, have been long known to debunk a few old wives tales–and blow up a few things in the process.

The duo has taken on a many a task, like dedicating an episode to determine whether or not the smell of a rotting corpse could be cleaned from the interior of a hot and humid vehicle. Much like the vehicle blood bath, Adam takes the reigns of the first-person shooter genre in the latest episode as he plays through a scenario resembling Doom.

While the episode does seem a bit cheesy, it is still interesting to see exactly how the scenario would play out in real-life. From the wielding of a chainsaw in order to down an enemy, to the tense moments when your path is lit with flares of emergency red. While there is no myth busted per se, it is yet another instance where art imitates life.