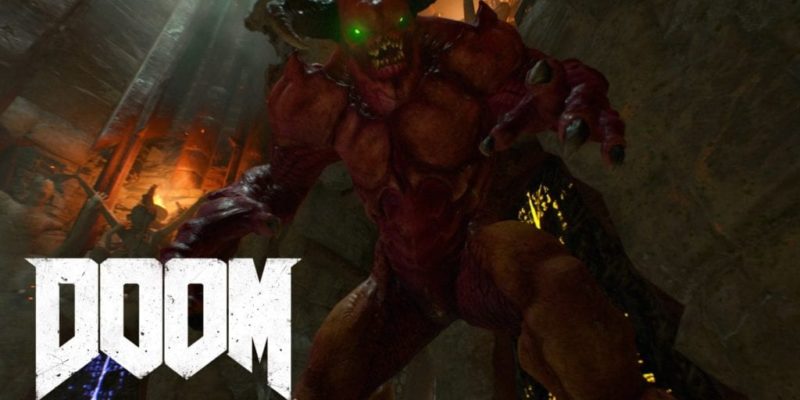 The next instalment in the DOOM series has been given a released date of 13 May on the PC.

To coincide with this announcement, Bethesda has also revealed the Collector’s edition which comes with a 12″ tall model of the Revenant Demon. The model sits atop an LED lit base with a slow spinning turbine. This all comes in a metal case and costs $119.99 (US), Europe 129.99 (Europe), and £99.99 (UK).

Pre-ordering the standard game of CE will also grant access to Demon Multiplayer Pack which contains a demon armour set with three skin variations, six metallic paint colours and three id logo patterns that can be applied to weapons and armour, plus a set of six Hack Modules one-time consumable items that can give a player an edge in a multiplayer match. 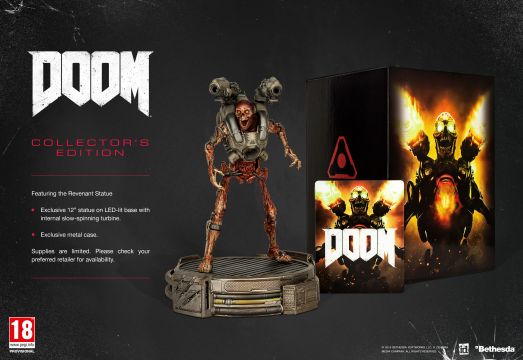 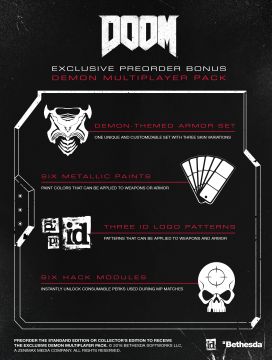