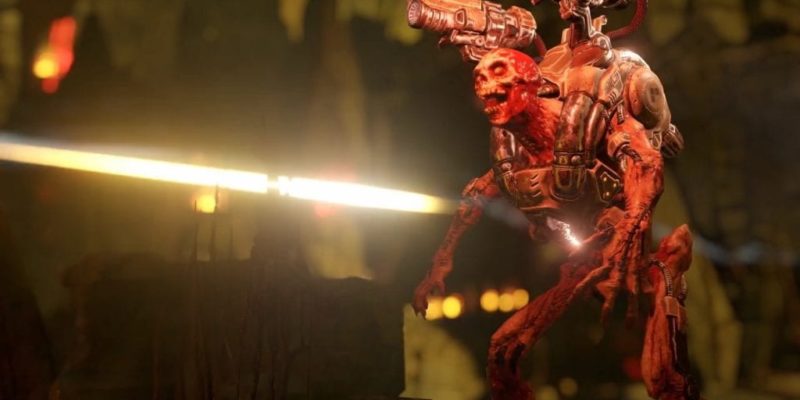 “Level editor” is actually selling it a bit short, though, as that’s sort of like calling Skyrim‘s editing tools a “level editor”. Snapmap – as Doom‘s tool is called – is an in-game editor that lets you piece together levels, set up enemy placement, customise AI and scripting, and create your own game modes. You can set things up, then hit “Play” to instantly drop it and give it a whirl, or share it online when you’re done.

According to Bethesda it’s got “uncompromising depth and capability”, which I’m not sure I believe because it doesn’t exactly look like a fully featured SDK, but it does look like it’ll offer a fair number of possibilities. Examples given were fast-paced four-player deathmatch, or a horde mode where you collect credits to buy weapons. Assuming all of this can be set up with scripting rather than by picking “game modes” from a list, that’s really quite impressive.

On the other hand… well, this looks to also be on consoles, so I’m not expecting it to be genuinely limitless. The actual level design seems to be linking together pre-defined rooms, for instance, rather than creating your own.

We’ll have the trailers up for you as soon as they pop up online.

Doom E3 2015 trailers are hellish – Watch them all