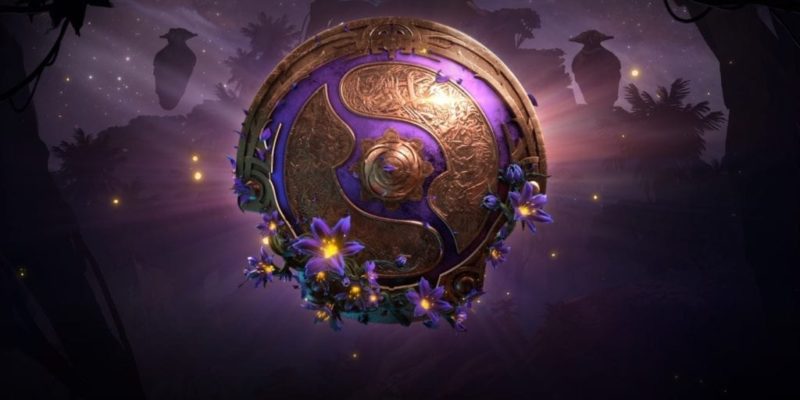 For the uninitiated, The International 2019 is the biggest Dota 2 esports tournament in the world, and to my knowledge, it has one of the highest prize pools in sports full stop. 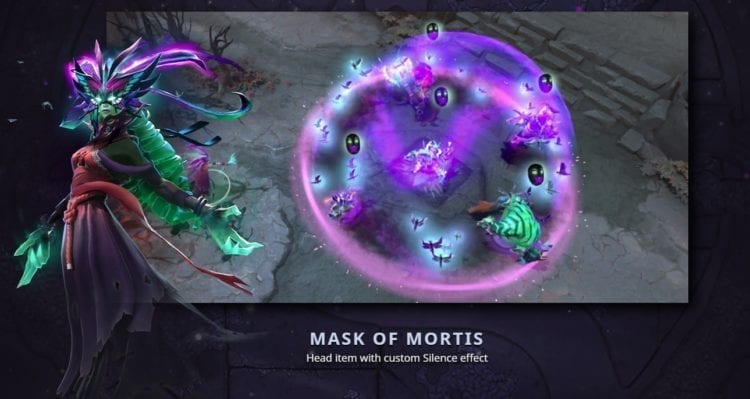 Okay, yeah, some of the cosmetics look rather lovely.

The 2019 Battle Pass works much like in previous years. You buy the Battle Pass and get immediate rewards. Then you can level it up further (through play or money) to get more, including especially rare and fancy cosmetics. You can opt to buy it in three flavors. The standard Battle Pass costs $9.99. A level 50 Battle Pass will cost you $29.35, which saves you 5% on buying those levels separately. Finally, there’s a level 100 Battle Pass for $44.99, saving 15% on those levels. Sure, it’s usually not too hard to level up as long as you actually play Dota 2. But I’m sure plenty of people will want a head start.

At the time of writing, the prize pool for The International 2019 sits at $5,860,197 USD. Looks like a fair few people have opted to buy the Battle Pass already. (Note: Between writing that sentence and finishing the article, it’s shot up to $6,993,932. Good grief.)

Sounds a bit like the Year Beast mode, if I remember correctly.

It wouldn’t be much of a Battle Pass if it wasn’t full of ridiculous new features, cosmetics, and game modes. So yes, all three are present and correct here.

First, there’s a “coming soon” game mode called Wrath of the Mo’Rokai. This will have each team gathering energy for their slumbering Mo’rokai while battling it out, all in the hopes of powering up their Mo’rokai to the point where it can help them push into the enemy base. Teams can also earn shared abilities to help out.

Second, Jungle Expedition looks like the “map progression” thing we had in last year’s Battle Pass. Paths are blocked off with heroes. Winning a game using a blocking hero will let you progress past them and find itemsets, Battle Points (which level up the Battle Pass), and various items to help your progress. At any given time, you’ll usually have a whole bunch of potential paths available to you. As such, the game won’t likely stymie you too much with heroes you don’t play. 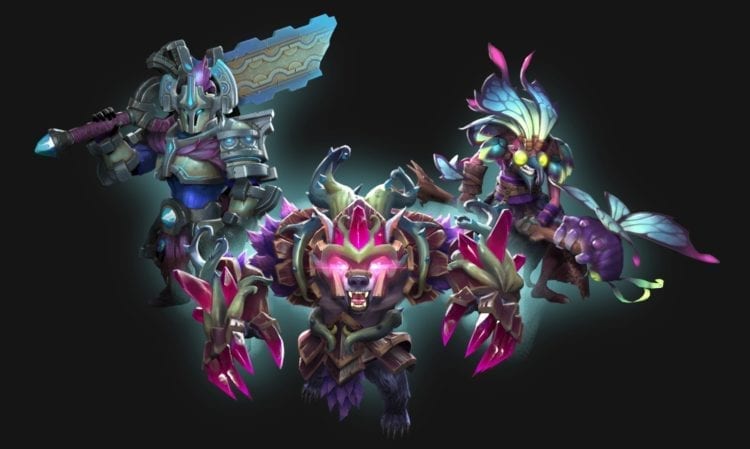 I’m assuming these are the reward sets that can be found at the end of the paths in the Jungle Exploration, but they may be hidden throughout instead.

There are also new consumables to use in-game, which may help or hinder you. The Trusty Shovel can find goodies underneath the map – Battle Points, wheel spins, treasures, or a rather rare courier – but not everything it uncovers will help. The Silly Monkey flings poo at your foes and cheers you on. You can attack War Drums to make noise. Finally, you can bounce the Snake Balloon back and forth around the battlefield.

In fancy terms, a new Versus Screen appears during the starting phase. Each team gets to show off in the spotlight, and one member gets a specific callout, based on factors like recent performance, Battle Pass levels, fancy cosmetics, Dota Plus Hero stats, and so on. This seems slightly like it will encourage players to spend money, but of course it is.

There’s an awful lot of stuff on the “pretty” side of things. Living Towers replace the appearance of lane towers and change as you level up the Battle Pass. It looks kinda like the Radiant ones are modeled after Tiny while the Dire side has Shadow Fiend lookalikes, though I may have a bit of mental bias there due to the color scheme.

You’ll also get a load more shinies for leveling up the Battle Pass. At level 160, you get the Overgrown Empire terrain, which changes the look of the map into ancient jungle ruins, complete with a monsoon. Level 255 nets you a Prestige item for Tiny, which has a brand new hero model and custom animations. Level 305 introduces a new thing called a “Hero Persona” – a “completely different visual and thematic take on a classic hero.” In this case, it’s Young Invoker, essentially turning Invoker into a small child. You’ll find new models, animations, and voice lines here. 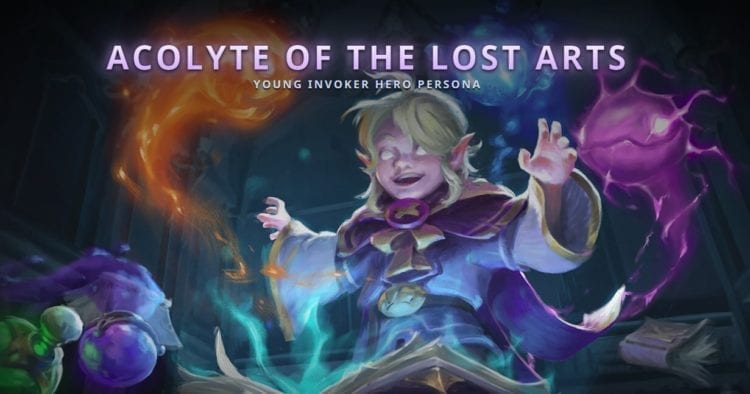 If this makes more Invokers turn up in my games, I’m going to curl up into a ball and cry. At least it’s not Techies, I suppose.

But wait! There’s more! At level 365, you get the Planetfall Arcana for Earthshaker. This has a “celestial-themed” hero model, new animations and Echo Slam effects, an unlockable style, and 500 new voice lines. Finally, at level 425, you get the Axe Unleashed set. This has a new model, animations, effects, and voice lines for Axe… but takes away his axe. Apparently, he doesn’t need it to cause chaos in Dota 2.

And Some Final Dota 2 Bonuses 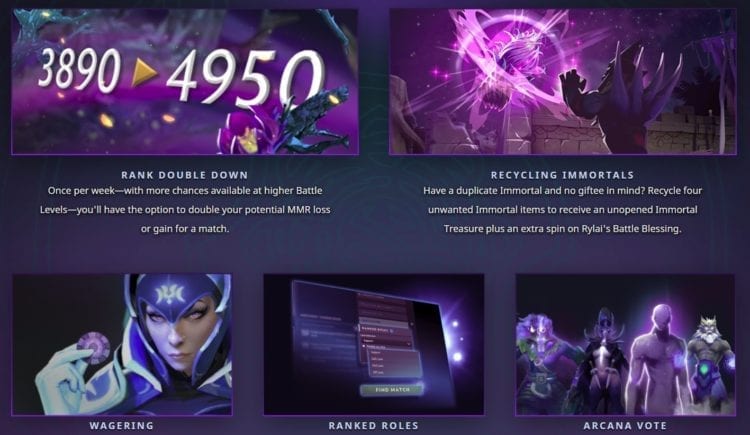 And Rylai’s Wheel of Bullshit, Favorite Team, and all sorts of other stuff.

I haven’t discussed a lot of the returning bits (like a physical Aegis if you hit level 1000, or Battle Point wagering and tipping), but there are some things worth covering. A Coach’s Challenge mode will let you coach a team of lower MMR players than you, and they’ll rate your abilities after the match. Do well coaching them, and you’ll get some Battle Point rewards. (And yes, you can opt to mute your coach if it turns out they’re a troll.)

Perhaps more interesting are two features that I suspect will roll out in Dota 2 proper later, with Valve using the Battle Pass to test them. The Party Finder lets you add teammates you enjoyed playing with to a player pool without having to add them to your actual Steam friends list. You can then send out an invite to your Party Finder pool to get a group going.

There’s also an “experimental” Avoid Player button. If you really don’t like playing with someone, you can click this on the post-match screen to ensure you won’t match with them again. This is already causing a bit of controversy on the net, what with it being locked behind buying the Battle Pass, but we’ll see how it works. On the flipside, you can vote for the winning team’s MVP at the end of each match. That’s rather nice. 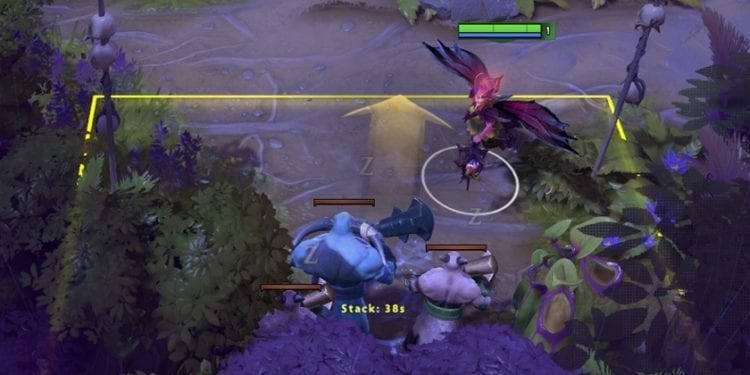 Obviously, I can already stack every camp perfectly. Always. Honest. I won’t use this, really. Except to check it works, over multiple games…

And then, finally, there are some new Assistant Features. Friends and Foes lets you see how a given hero tends to perform with already-picked heroes on your team, and against heroes on the enemy team. So it helps you figure out if you’re already hard-countered. A Camp Stacking assistant offers up timing help with stacking creep camps. The Ward Suggestor gives you an idea of where to plonk your vision-giving eyeball sticks. The Damage Summary shows the various percentages of damage you’ve received (Physical, Magical, Pure) so you can decide what defensive items you might need to focus on.