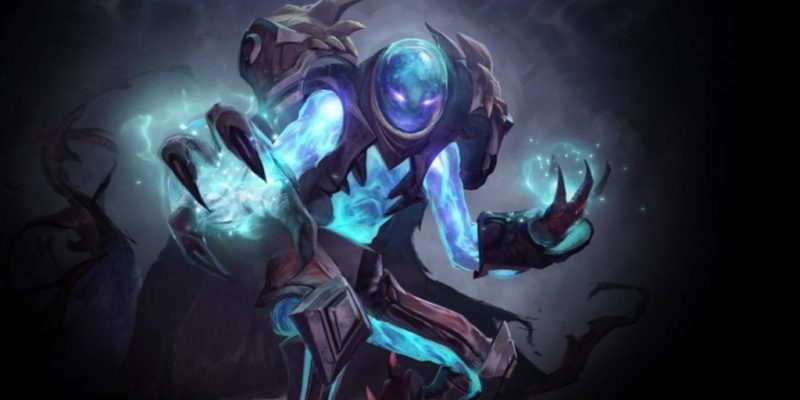 Time to learn how to play Dota 2 again: patch 6.86 will change basically everything. And you can almost – almost – take that literally.

It doesn’t appear to be out on the main client yet, but I think it’s on the test client, and with the full patch notes up, it’s only a matter of time.

Let’s start with the fluff. The Zeus Arcana is coming soon, with a new base model and texture and animations and all sorts of other whatsits. There’s a Zeus-focused comic in celebration. The Desert terrain is finally out, so you can spend your Christmas in the sands. Ultra shadow quality has been enabled to prettify everything, and it renders “at twice the previously supported resolution.” There’s a new Nested Treasure. A Hero Stats page is in so you can see how you’re doing with particular heroes. The Armory has been reworked. There’s a store tab and private chat channels.

Also, pretty much every hero has changed, multiple heroes have had significant ability reworks, loads more Aghanim’s Scepter upgrades are in, Arc Warden has been added, there’s a new rune and four new items, the map has been heavily modified, there are more neutral camps, and three more heroes – Oracle, Terrorblade, and fucking Earth Spirit – are now in Captain’s mode. Plus various other bits of rebalancing. Oh, and Death Prophet, Doom, Faceless Void, Lone Druid, Riki, and Winter Wyvern are temporarily out of Captain’s Mode, but are expected back “in a subsequent 6.86b/c patch.”

It’s just gone midnight here and I’m knackered so I’m not going to do a full patch analysis just yet; that can wait until I’m not yawning with every second word I type. Let’s have a look at a few of the more significant changes, though.

The addition of Arc Warden is obviously the biggest, and this glowy weirdo has four abilities. Flux hits a lone enemy with energy that slows its movement speed and deals damage over time, but the effect is muted if another enemy unit is near the target. Magnetic Field creates a big distortion field that grants evasion and attack speed bonuses to all allied heroes and buildings inside it. Spark Wraith summons a Spark Wraith that slowly materialises, and then haunts the area until an enemy comes into range… at which point it explodes all over them. Finally, Tempest Double creates a duplicate of Arc Warden, complete with all of his abilities and items, and all of its items and abilities start off cooldown. Yes, that means you can do incredibly annoying things like trigger Midas twice, or double Dagon somebody, or Sheepstick two targets, or… etc.

I fully expect to see him in every pub match for at least a month, and I expect at least 40% of those will rush Midas and then probably lose because they have no idea what they’re doing barring getting Scrooge McDuck levels of money.

The new items are Faerie Fire, Dragon Lance (Ogre Club + Quarterstaff), Aether Lens (Energy Booster + Ring of Health + Cloak), and Iron Talon (Quelling Blade + Ring of Protection + Recipe). Faerie Fire is a consumable that provides +2 damage as a passive, but can be consumed for an instant heal of 75HP. Dragon Lance offers 10 Strength, 10 Attack Speed, 10 Damage, and +130 Attack Range – although the latter only applies to ranged heroes and doesn’t stack – and can be disassembled. Aether Lens offers +250 mana, +8 HP regen, +15 Magic resistance, +200 Cast Range, and +8% spell damage, with the cast range improvement only impacting targeted spells and distance related spells, not AoEs. Finally, Iron Talon offers +2 armour, all the bonuses of Quelling Blade, and when used on a non-player enemy unit it removes 40% of their current HP, on a 12 second cooldown.

In other item news, Hood of Defiance has an active ability that absorbs magical damage, and… okay, I’m going to quote this one because it’s utterly insane: Iron Branches “can now be used by targeting the ground, planting a happy little tree that lasts 20 seconds.” And using a Tango on an Iron Branch tree offers double the healing duration.

The new rune is the Arcane Rune, which reduces all spell cooldowns by 30% and reduces all mana costs by 50% for 50 seconds, which is absolutely ludicrous.

As for heroes… welp. Bristleback, Drow Ranger, Kunkka, Magnus, Shadow Fiend, Tidehunter, and Ursa all now have Aghanim’s Scepter upgrades, with other heroes having their Scepter upgrades reworked either a little or a lot. In many cases, these don’t impact the ultimates; Magnus’ upgrade makes Empower an aura, and Bristleback’s makes Nasal Goo an AoE, for instance.

In “bigger” terms, multiple heroes have had abilities completely replaced. Death Prophet’s Witchcraft has been replaced with the life-stealing Spirit Siphon, Doom’s Level Death has been swapped out for a passive/autocast ability called Infernal Blade, Faceless Void’s Backtrack is now an AoE debuff called Time Dilation that freezes the cooldown on enemy abilities, Lone Druid’s Synergy is now a Savage Roar that forces foes to flee, Outhouse Deflowerer’s Astral Imprisonment no longer steals Intelligence but does AoE damage around the target, and Silencer’s Curse of the Silent has been replaced with Arcane Curse (AoE damage-over-time with the duration increasing as they cast spells). Also, Riki. Riki’s Permanent Invis now incorporates Backstab, Blink Strike is back to being a basic ability without charges, and he has a new ultimate – Tricks of the Trade – which makes him phase out and start backstabbing every enemy near him.

I’ve probably missed one of the major reworks. Forgive me.

That aside, there are a huge number of other major changes. I’m not going into details here, but… ugh, okay, here are a few quick ones picked at random. Silencer’s Glaives of Wisdom are no longer a Unique Attack Modifier. Winter’s Curse now makes everyone affected by it immune to damage from their enemies, but it increases attack speed, lasts longer, and has a bigger AoE. Chakra Magic now not only restores mana, but temporarily increases mana capacity. Invoker has Invoke at level 1. Power Cogs spawn in a circle instead of a rectangle. Etc.

I’m going to bed. Steam is down for routine maintenance so I don’t know if this patch is out, but you can read all the gory details of it over here. I don’t think it is, but it shouldn’t be long.

And sorry, Abyssal Underlord/Pit Lord/Abyssalord Underpits fans, but it looks like you’ll have to wait for 6.87 or 6.88.