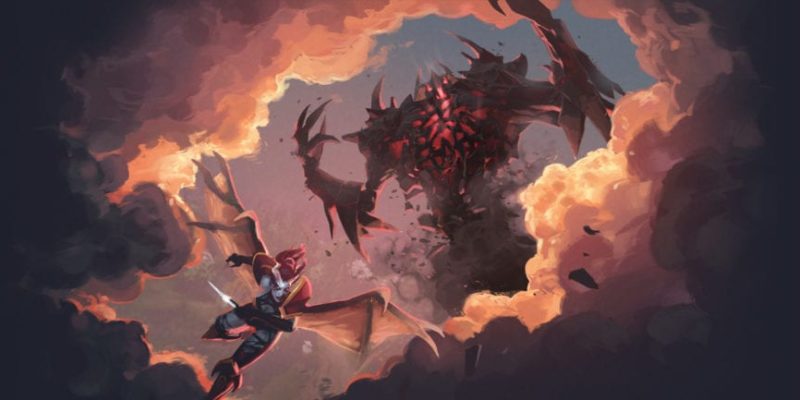 Valve cares not about your “E3!” Valve will release its balance patches when it damn well likes! At least, that’s apparently the case, because a 230MB patch is now available and it has a lot of rebalancing. Probably other stuff, too, considering it’s 230MB.

Alchemist, Bounty Hunter, Chaos Knight, Chen, Doom, Gyrocopter, Leshrac, Lich, Medusa, Mirana, Monkey King, Morphling, Nature’s Prophet, Necrophos, Phantom Lancer, Pugna, Shadow Demon, Skywrath Mage, Tiny, Underlord, Undying, Viper, Visage, Windranger, and Winter Wyvern are the lucky heroes who’ve got buffs, which is not a list that makes me particularly happy. Most of these are fairly minor but, this being Dota 2, they’re likely to have a greater impact than you’d think. Often enough, the “best” heroes tend to be ones who’ve been slowly buffed over time until people notice that they’re no longer rubbish and are, in fact, hilariously overpowered. Also, Necronomicon lasts 5 seconds longer, Helm of the Dominator doles out a higher minimum HP to dominated creeps, and Echo Sabre’s slow lasts an entire 0.1 second longer.

On the flipside: Bristleback, Clockwerk, Crystal Maiden, Dark Seer, Invoker, Io, and Night Stalker have been slapped about a bit with the nerf bat, which probably isn’t too surprising as most of them were superstars at the recent Epicenter tournament. Again: most of these aren’t major nerfs, generally rescaling particular skills to make them less powerful at early levels, but some are going to hit hard. Bristleback’s strength gain has dropped from 2.5 to 2.2, for instance, which is pretty damn big.

Anyway. You can read the full patch notes for Dota 2 7.06d over here, if you don’t have enough stuff to look at.