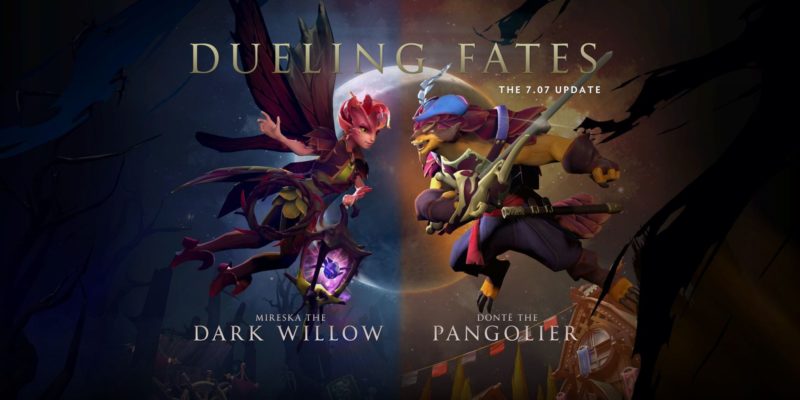 Thanks to some sort of weird inverse Valve Time, Dota 2‘s 7.07 update – titled Dueling Fates – has arrived before 1 November.

I went over this in some detail yesterday so I won’t rehash too much, but the update offers up two new heroes (the mean faerie Dark Willow and the swashbuckling Pangolier) as well as substantial reworks to basically everything in Dota 2. There are major reworks to every talent tree (including some unbelievable level 25 talents), new items, map alterations, multiple hero reworks, and all sorts of other shiny stuff to make the game feel fresh again, so you get to relearn everything. There’s even a Turbo game mode which decreases death timers and tower power while increasing gold and experience, so you can actually have a “quick” game of Dota 2.

The patch weighs in at around 1GB, and is indeed live now. Before 1 November. Yes, Valve have released something before it was due out. I’m now expecting that, next week, Valve will announce that Half-Life 3 came out six years ago.