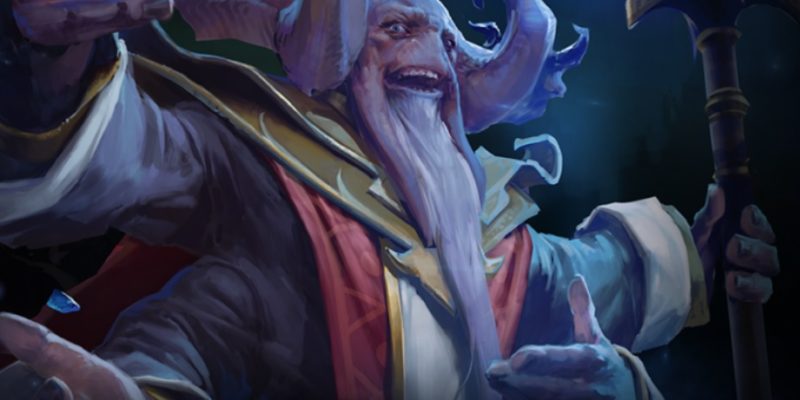 Dota 2 has been updated a few times in the past couple of days, and both updates are pretty major.

First of all, the summer event has hit. Aghanim’s Labyrinth is a roguelite dungeon-crawler which tasks a team of four players with fighting through an ever-changing series of rooms, before taking on the legendary Aghanim himself. Secondly, Dota 2 7.27b has launched, and while it’s technically a revisional update — hence the “b”, instead of being a full new number — it’s actually got some large ability reworks. 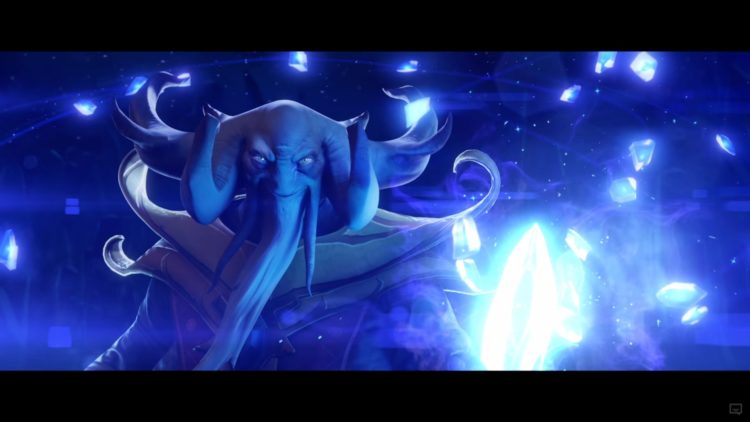 Seems like Rubick gets his smugness from his dad.

Aghanim’s Labyrinth is the Shiny New Thing, though, so let’s start with that. Dota lore has implied a fair bit about Aghanim, considering the Aghanim’s Scepter item is one of the more powerful upgrades you can get and confers a major buff to an ability of any hero who equips it. Now, we finally get to see and hear him.

That aside, though, this is a seasonal game mode. You can pick one of 12 heroes and purchase items as usual, but their talents are different, their abilities are tweaked, and they can choose from a series of “Scepter Shards”. Clearing rooms grant these shards, which massively change the way abilities work. As an example, one of the rarer ones for Winter Wyvern causes Arctic Burn to attack extra targets within range. Considering Arctic Burn’s ludicrous range and the flying status it grants her, this turns her into a trash-clearing expert.

There’s also a roguelite component, as progressing through the Labyrinth grants Arcane Fragments. These can be spent out of game to earn permanent buffs: maybe a bit more health per level, or perhaps you start with some more gold. Advance far enough down the trees and you can even get your hands on a permanent mini-Blademail, or an extra life at the start of the run.

As for how it plays – well, do you remember the Battle Royale-esque event that hit Dota 2 a few years back? It’s a bit like that but without the danger of other players. Each room offers a unique sort of challenge, and you’ll need to think carefully about which challenges you want to take on and which you want to avoid. I’ve been enjoying playing around with it, myself, but that might just be because it’s a new and shiny thing. And while anyone can join in, owners of the Battle Pass can level up their Pass by playing it. There’s even a weekly challenge with a set labyrinth, with prizes to the top performers.

I’ve seen some rumblings that this might be indicative of Aghanim popping up in Dota 2 as a playable hero at some point in the future. He does, after all, now have a high-quality model and a voice actor, and we’d normally get a new hero reveal around the time of The International. I’m not sure I believe it, but it wouldn’t be the first time an event has led to a hero joining the fray… 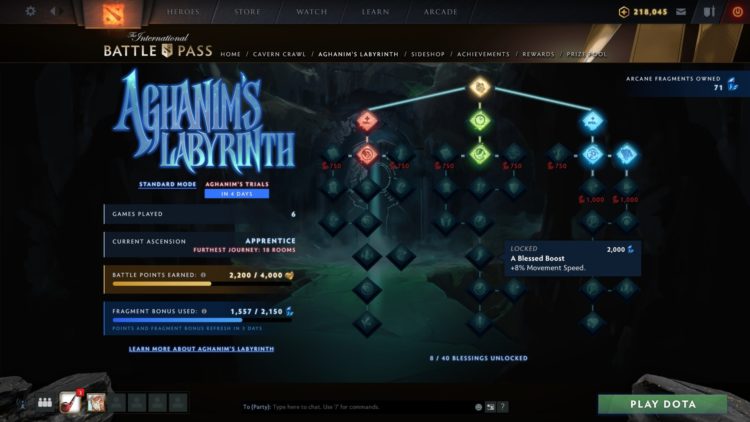 It’ll take a looong while to grind down those paths.

But maybe you’re not interested in some silly little sideshow. You’re here for Dota 2, dammit. Well, patch 7.27b changes things up a bit. This doesn’t redesign the map or anything so huge, but it does buff, nerf, and simply change a few heroes in significant ways.

As ever, I’m not going into the entire thing here. Let’s look at some of the more significant hero changes, though. Bloodseeker’s Bloodrage has been reworked; it increases attack speed and spell amplification, but drains a percentage of max health per second. To balance this, Thirst no longer grants attack speed, but heals a percentage of max life for creep kills and hero kills, and offers up half of that amount if you’re within a 300 radius of a unit that someone else kills.

What a hero truly needs is a rework 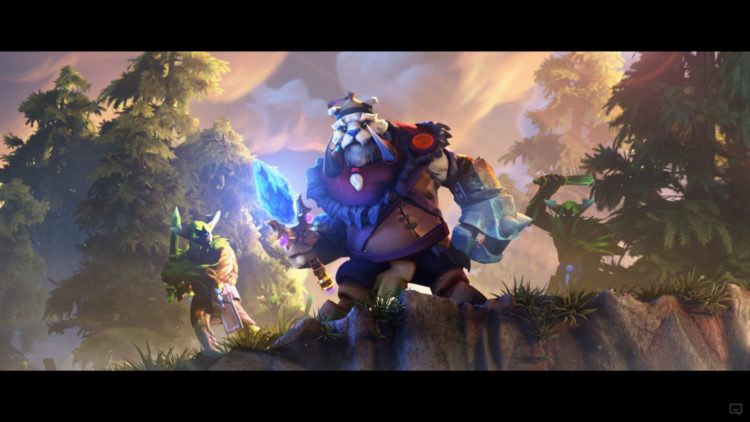 Centaur Warrunner’s Retaliate no longer has an active, and simply returns a percentage of your strength as damage — plus a little extra. Death Pact is Clinkz’s ultimate ability again, with Burning Army as a Scepter ability, and Strafe as a basic ability. All of these have been reworked a bit to fit. Monkey King’s Jingu Mastery is weaker, especially early on, which may make him a bit less of a lane bully. And then there’s the rework to Sand King’s Caustic Finale which now slows movement speed, and then causes an explosion (the damage being part a percentage of the target’s max health, so kinda huge on heroes) if they die under its effects.

Then you’ve got the changes to Shadow Fiend’s Necromastery and Tiny’s Tree Grab, both of which are pretty sizeable on paper. I mean that literally as well as metaphorically: going over them would take quite a lot of words, and this is long enough as it is.

Other than that there are plenty of smaller additions, like Aghanim’s Scepter granting Enchantress extra attack range, as well as the usual tweaks and balances to talents and numbers. Pudge’s Meat Hook, for instance, has a significantly lower cooldown at level 1.

There’s doubtless a lot of bigger stuff I’ve missed in here, and I’m not about to analyse how this’ll change the meta. You can — and should — read the full patch notes on the official site to know what you’re getting into. And if you’re still mulling over the Battle Pass, you can click that link for info on what it contains.