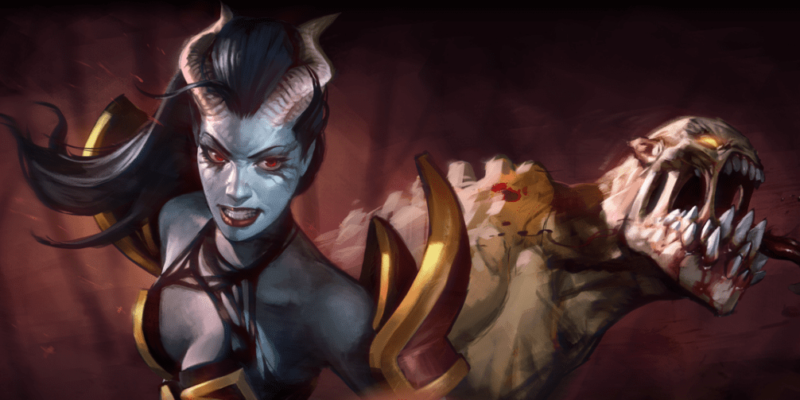 A new Dota 2 patch has snuck out, but this one isn’t focused on balance or performance: it’s about mechanics and game modes.

First up, game modes: All Pick in Ranked Matchmaking will, “for a few days”, randomly remove 25 heroes from the hero pool before the ban phase. Again, this only affects Ranked Matchmaking for now. It’s an interesting idea, certainly, but I’m not sure it’s one I’d necessarily welcome. If it truly is random, then you might wind up with almost all viable mid heroes removed from the pool, or all hard counters to a particular hero. It seems more like something that would fit its own game mode (or, perhaps, the ban phase could just allow for more bans) rather than something that should be in All Pick. They could call it Not All Pick, maybe.

The second change is arguably more impactful in the long run, and this is a change to “how commands are processed”. Basically, this should help queue up all orders that you give while your hero is in another action – in the middle of a cast animation, or stunned, for instance – unless you issue a Move or Stop command. As a given example, if Axe casts Battle Hunger, then uses Blink Dagger and Berserker’s Call while the Battle Hunger animation plays, then previously the Blink Dagger command would be ignored and he’d just cast Berserker’s Call where he stood. Under the new rules, it’ll actively queue the commands rather than only paying attention to the latest one, and he’ll blink and Call as the player probably intended.

This shouldn’t impact too much, as there aren’t too many situations when you’d be trying to queue up two or more active commands while in the middle of a short cast animation, but it’ll hopefully help fix some of those fringe cases. On the other hand, it might also break things in unexpected ways, because this is Dota 2 and that’s what happens.

The patch is out now. You can read the official patch notes over here, and I’d recommend it to get a grasp on what this stuff really means for you as a player.

Not Enough People Are Talking About Hellblade: Senua’s Sacrifice