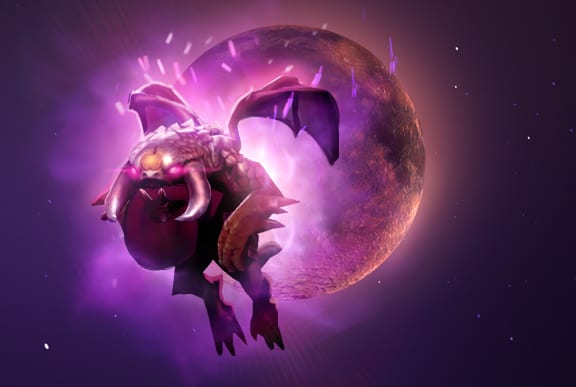 Dota 2‘s Fall Battle Pass has ended, which means it’s about time for the Winter Battle Pass… but this time we’re also getting as a Dark Moon event for yet more rewards.

As is tradition, the Winter Battle Pass comes with quests, Winter Treasures, all sorts of themed effects, wagering, and the ability to level the Battle Pass up to get even more of this stuff. $7.99 to you, squire, and this’ll have you covered through Dota 2‘s Kiev Major.

The first Winter Treasure is currently available, with two more due later. The chest has sets for Elder Titan, Bounty Hunter, Clinkz, Troll Warlord, Ember Spirit, Lich, Visage, and Witch Doctor, with a rare set for Pudge and a very rare set for Phoenix also available if you’re extremely fortunate.

There’s also the Dark Moon event, available through 6 February, which has you and four allies (who, this being Dota 2, will probably hate your guts and shout at you) defend Selemene’s temple from encroaching shades. Sounds a bit wave defense-y to me. Doing well earns you points, which can be exchanged for yet more rewards, although the only one I currently know about is a Dark Moon Baby Roshan courier. You can read about that in very vague terms over on the official blog, which currently contains no info at all on the Winter Battle Pass.

That said, I have no idea what any of this actually involves because the Dota 2 game coordinator is currently broken and I can’t try any of it out or even really look at it. So hey, good luck!