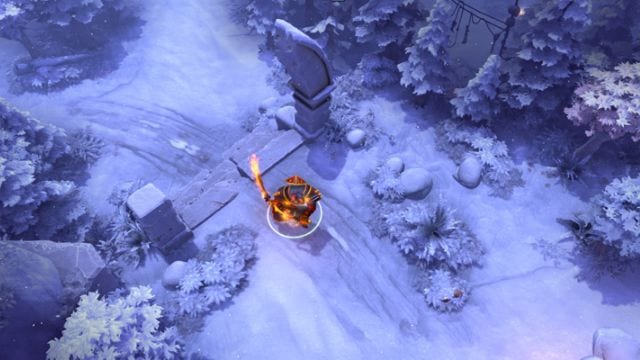 A new Dota 2 thing is happening, and since our regular correspondent Tim McDonald is reviewing the raiding of tombs you’ve got me to tell you about it instead. I’m not somebody who’s played much Dota 2, as will be abundantly clear in this news piece.

The new Dota 2 thing that is happening is the Winter 2016 Battle Pass, an $8.00 package that gives you in-game quests, a “friendly wagering system” (oh boy), and a bunch of exclusive treasures and rewards and stuff. Plus, the Shanghai Major Compendium. Which I guess is like the Compendium they do for The International, except for the Shanghai tournament instead.

So, quests. Apparently prior to each Winter Season match, you’ll opt for either a Solo, Carry or Support quest and (if you win the match) will earn ‘Battle Points’ to go towards progressing to new quests and treasures and things. I think.

There’s a community goal for each of these paths as well.

Then there’s this wagering business, which appears to let players put some virtual tokens (you get a stash every week) on the outcome of a given match they’re involved in. Win the game, and you’ll be rewarded with double battle points. Lose, and the tokens get handed over to your opponents.

As well as all that, there’ll be special Winter Season Dota 2 terrain (shown above), a winter courier to obtain, and … look, you should probably just read what’s on this page. Lots of wintry Dota 2 things, basically.

Dirty Bomb gets updates and two new maps for testing

Rise of the Tomb Raider Review