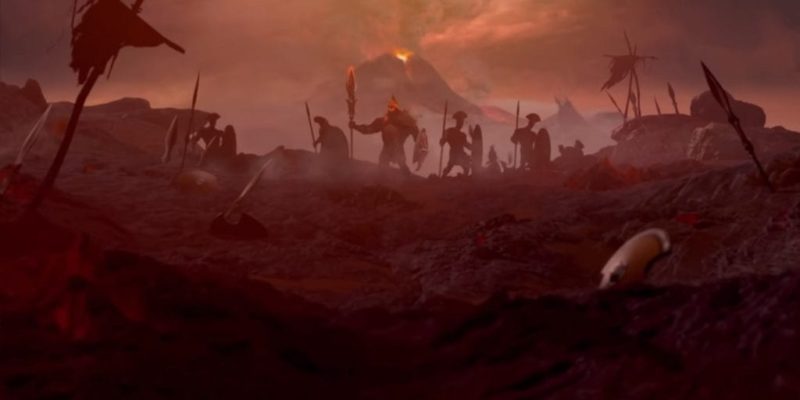 Dota 2‘s slow trickle of new heroes continues, with the long-expected Mars apparently due to join the roster in roughly a month.

Mars was teased back at The International 2018 alongside the release of Grimstroke. At the time, the hero was “coming this winter.” This may actually be accurate, as winter technically doesn’t end until late March.

A recent Tweet on the official Dota 2 Twitter account states that the team is “aiming to release Mars sometime between the end of February and early March.” Which, for any French speakers out there, might mean we’ll get Mars in Mars!

The new ranked season is coming next week, and alongside it a balance focused 7.21 patch. We are aiming to release Mars sometime between the end of February and early March.

What little we know about the new hero mostly comes from data-mining and the aforementioned teaser trailer, which you can see above. Data-mining tells us that Mars has (or perhaps had) an ability called Spear Wall, which was likely one of the rare Dota 2 abilities with vector targeting, as well as a Phalanx/Phalanx Cancel ability. Of course, they could just be the same ability referred to in different ways internally, or changed over time.

Judging from the trailer itself, it seems like Mars will have the ability to summon other units. At a pure guess, I’d suggest that the forthcoming hero will be able to raise a line of untargetable soldiers that will then either march or attack in a targeted direction. Zone control? Pushback? Your guess is as good as mine, I’m afraid. Either way, it’s something we haven’t seen much, with the closest thing probably being Clinkz’s Burning Army ultimate.

While we wait for Mars, we’ll at least get Dota 2‘s 7.21 balance patch in the coming week in addition to a new ranked season. Neither of these should come as much of a surprise, though. The Chongqing Major tournament ended this weekend, making this a prime moment to adjust Dota 2‘s balance.