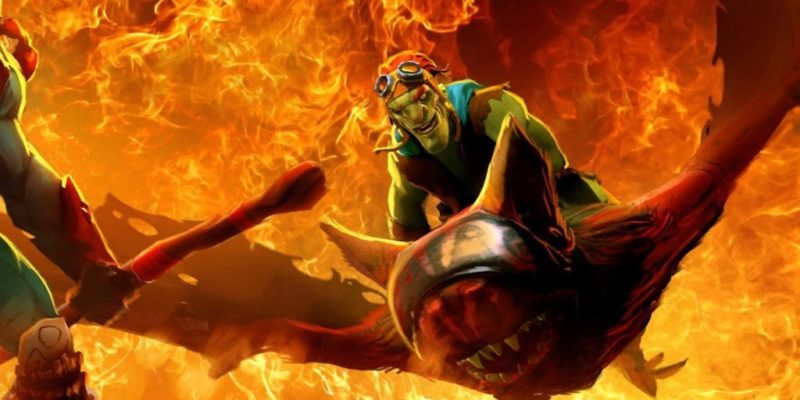 Updated: The update has been released. Read all about it here.

Now that the Frankfurt Major is done (no spoilers for the results here), Valve have updated the Dota 2 blog with a little news blurb explaining how it all went and who won and so on (spoilers there, obviously). As a little footnote, though, the blog post throws in:

In other Dota news, we are putting the finishing touches on the Desert Map and the underlying technology, and we’re hoping to have it ready around the middle of December when our next update will be released.

The timing probably shouldn’t come as much of a surprise. December is when the in-game Frostivus celebration kicks off, and there’s normally a major patch accompanying that.

It’s possible this “update” will just be an incremental update on 6.85, or will be more about the Reborn client than the game itself, but both of those seem unlikely. Dota 2‘s shadowy dungeon master, Icefrog, previously noted that 6.85 (the current version) would be a more minor patch aimed at balance, with bigger changes coming after the first Major finished up. As such, I’m going to wildly predict that this December update will be 6.86 and it’ll have at least one new hero.

As specific wording is important, here’s what Icefrog said back when 6.85 was dated:

We decided it was better to limit the scope of 6.85 to mostly balance improvements in order to release the update sooner. We’ll be aiming to release 6.86 with bigger changes some period after the upcoming Major.

So yeah. 6.85 was about balance, and if completely altering the power of heroes is considered “limited”, then “bigger changes” would presumably mean new items, new mechanics, new heroes, total hero reworks, or something along those lines. Pit Lord/Abyssal Underlord and Arc Warden are, I believe, the last two remaining Dota heroes waiting to be ported into Dota 2, and there’ve been plenty of spell effects and mechanics for them in the client for awhile now, and there was that Haunted Colosseum art piece (with the next hero/heroes usually hidden away somewhere in the art), so…

Dota 2’s second Major to be in China

Mark Cuban supports League of Legends as a “Real” Sport