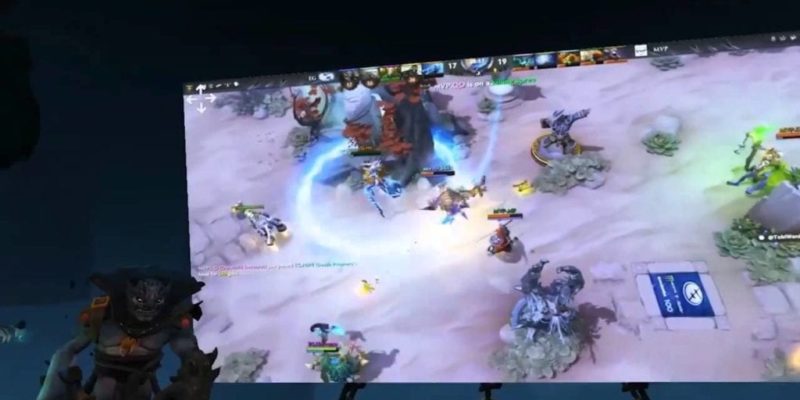 In conjunction with HTC Vive’s launch, Valve has released a video that shows a theater mode for DOTA 2 that will allow people to watch the on-screen action, while being surrounded by the characters of the game and what appears to be a real-time map of the battle. That means that Valve is apparently preparing a VR spectator mode for the popular MOBA title and it looks really good, since it looks like the player will be also able to point to a hero in order to check out his gear and builds. .

There are no other details mentioned during the small teaser, so information about the controller and how everything will work together will be probably announced in the coming weeks. You can check out the full teaser below: