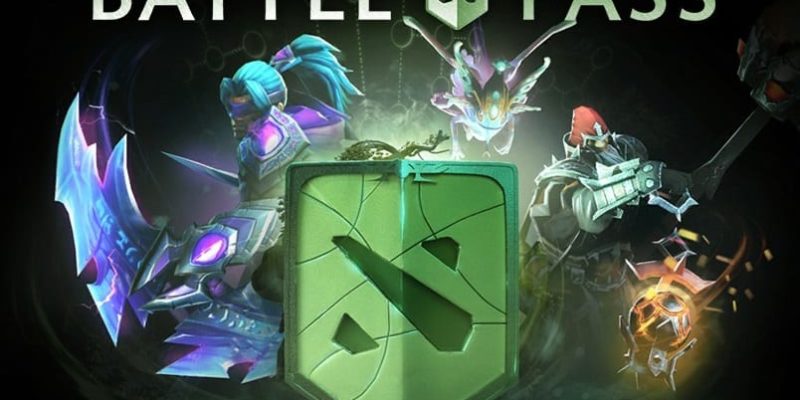 Swooping in like a pigeon headed straight for a particularly unexpected window, the Dota 2 Fall 2016 Battle Pass has arrived.

A 625MB patch heralds the arrival of this new pass full of Achievements, quests, levels, and wagers. This is presumably to do with the upcoming Boston Major.

This time around, your rewards for the quest paths include shiny new outfits for Razor, Bane, and Bounty Hunter, and the first goody-filled chest has gear for Slark, Venomancer, Night Stalker, Puck, and Omniknight, as well as a very rare set for Anti-Mage and an extremely rare set for Warlock. Said outfits can also be infused to make them look even more impressive, like Omniknight getting a little halo, or Puck’s wings shimmering and leaving trails behind them. 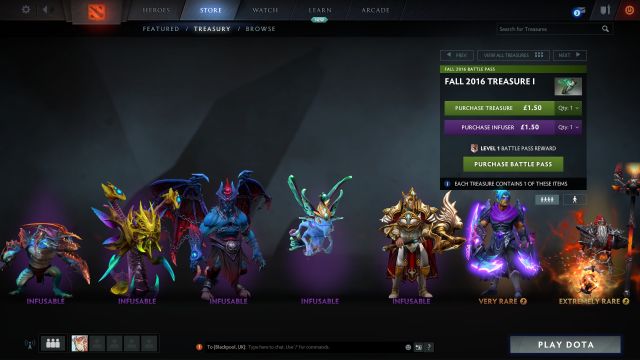 Infusers do also come with levels, from what I can see, so you don’t have to buy them.

As for the next update… welp: “Our next update will come at the tail end of fall, on December 12, 2016.” So, basically, as late in fall as is humanly possible. This presumably means we’ll be seeing two major Valve events (TI6 and the Boston Major) on the same patch, but hey, at least this patch has pretty much every hero in the game viable. 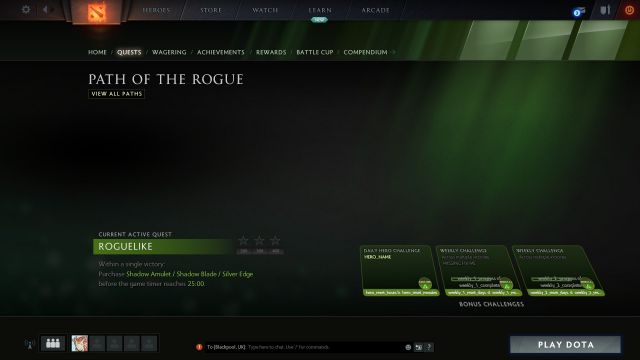 IT’S STILL IN BETA, EVERYONE.