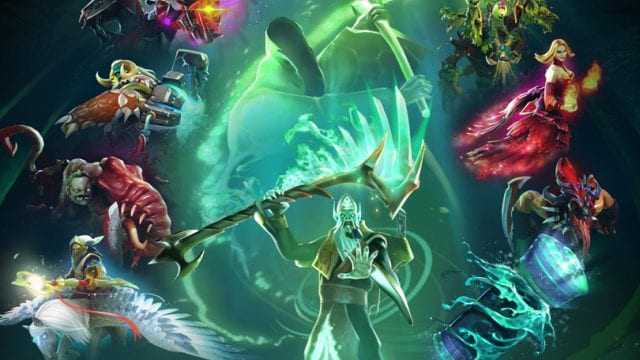 Time, once again, for me to not pretend to know anything about Dota 2 as Valve announces the availability of Immortal Treasure 2. This would normally be the preserve of noted PC Invasion Dota 2 correspondent and scholar Tim McDonald. But as he’s indisposed, you get me instead.

Right. If you own one of those Battle Passes, then you’ll now have a shiny new Immortal Treasure 2 to unbox in the armory. Increasing your ‘Battle Level’ will earn you more of said Immortal Treasures. Tim tells me that you can also buy them.

There are all-new items for “Pudge, Bloodseeker, Lina, Treant Protector, Elder Titan, and Chaos Knight”. Each Immortal Treasure you open increases your odds of getting a “rare Keeper of the Light mount or an ultra rare Necrophos scythe” which I’d imagine are desirable items if you play Dota 2.

You can see more of these tantalizing treasures at the following link, which also demonstrates some of their custom animations and fancy effects. Tim will be back to write proper Dota 2 stories soon, I promise.