Rejoice, fans of throwing money at free games: Dota 2‘s annual eSports sticker book of quests and cosmetics is now on sale. Although since they introduced the Majors, I suppose it’s not really annual anymore.

“But Tim, you saucy minx,” you cry. “They haven’t done the Manila Battle Pass yet!” Don’t worry: apparently, the Compendium included in this Battle Pass offers up stuff for both Manila and The International. On the one hand that seems weirdly kind of Valve, but on the other hand, they probably don’t want to flood us with too many new cosmetics and treasures and whatnot. We might start to get a bit tired of it.

The Battle Pass is available in two flavours: the vanilla Level 1 Battle Pass for $9.99 USD, or the chocolate-coated Level 50 Battle Pass for $26.99. The latter isn’t any different, except that it gives you 49 bonus levels for cheaper than you’d be able to purchase them separately.

Your initial bundle will contain an Immortal Treasure I (with an Immortal Treasure II and III as soon as they’re released), seasonal terrain until the Battle Pass expires, a taunt, a weather effect, a music pack, a cursor pack, an evolving Ward, an evolving Courier, an emoticon pack, a HUD, some loading screens, an effigy block, and a Crystal Maiden announcer pack. I’m pretty pleased by the idea of a Crystal Maiden announcer pack, but not quite as pleased as I am that Phoenix has a cosmetic in Treasure I. 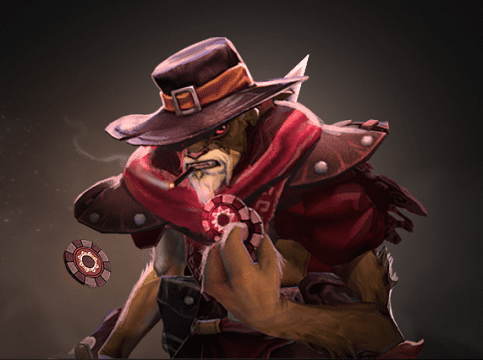 You’ll also get access to all of the Battle Pass goodness. This includes quests, which once again contain three paths, but also offer a three-star tier system of objectives for each node on each path. The higher the “stars” on each node, the more Battle Points you get as a reward. Complete a path to get a reward, and three-star everything on the path to get a style upgrade. There’s also a bonus Legion Commander path for players who hit level 225; hit that level and you’ll get a Prestige item for her, and complete her path to get an enhancement for that item. And yes, once again, we’ve got wagering and post-match tipping.

What else? There’ll be Community Challenges, and when the community manages to complete the objective, every Battle Pass owner will get three fireballs to drop into Lina’s magical Pachinko machine for extra Battle Points. There’s a “High Water Mark” challenge, where if the prize pool surpasses last year’s total of $18,429,613, then all Battle Pass owners get three special treasures that may contain 2016 Immortal Treasures, random hero sets, Arcanas, or a very rare chance to get limited-edition goodies. And hey, you can even predict the total for ten extra Battle Levels. 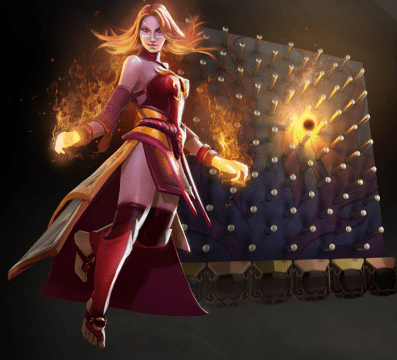 There’s a Peak MMR thing, with Battle Pass owners battling it out for MMR. At the expiry of the Battle Pass, you’ll get a digital trophy engraved with the highest MMR you hit. Better still, The International Ranked Queue will start from scratch: you’ll need to calibrate for it. Complete 40 games and you’ll have the option to replace your normal ranked MMR with your season MMR.

There’s a Weekend Battle Cup starting, with amateur teams able to battle their way through eight-team single elimination brackets, with the brackets being divided up by skill and geographical location (with the season starting in June). The Battle Cup offers up a few prizes, and all Battle Pass owners get one free entry ticket, with more available either for purchase in the Dota 2 store or for levelling your Battle Pass to 137. 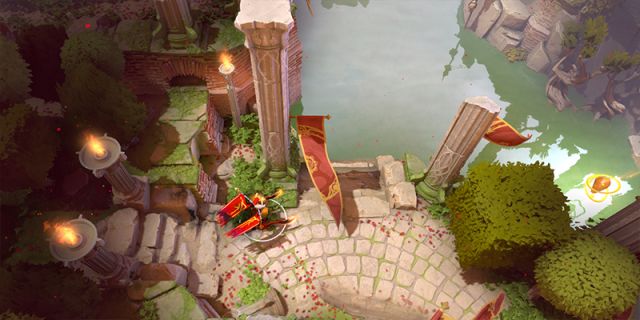 Nothing says “give us all your money” like… oh, screw it; I’m not gonna lie. The unlockable, never-expiring terrain looks pretty damn sexy.

There’s the annual Arcana Vote, although this year you’ll have 16 votes to split across heroes each round. You can spend ’em all on one hero, or split them across multiple. From what I can gather, a higher Battle Pass level will result in more votes.

There’s a Battle Log, showing you where you earned all your Battle Points. And then, y’know, there’s the Compendium. This promises “new features and activities” at some point, but for now, you can make predictions for the Manila Major.

AND THAT’S JUST THE BASIC STUFF. Then there are the rewards for higher levels. Terrain that doesn’t expire, prettier styles for the courier, new taunts, the aforementioned Legion Commander prestige item (and a comic), River Vials that let you change the colour of the in-game river for everyone, special effects for everything from Town Portal scrolls to Radiance, a physical Aegis if you hit level 1000 (which will cost a goddamn fortune), and… oh God. Rylai’s Wheel of Bullshit is making a return.

You can read up on all of this stuff over here. I suggest doing so, because there’s a hell of a lot of it.