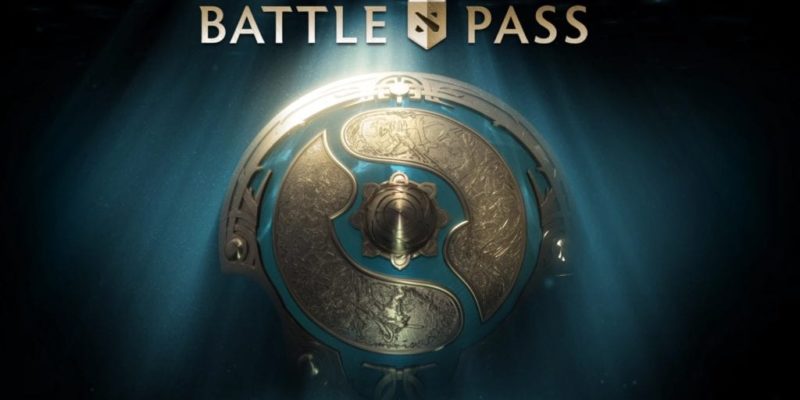 Dota 2‘s Kiev Major has just finished (and crikey, it was a good one), which means one thing: rest and relaxation for all those busy, busy teams. And also that it’s time for Valve to ask you to shell out for a Battle Pass for their next tournament.

So, what’s actually in the Battle Pass? Well, er, quite a lot, and it’s all very water themed this time. Let’s start with the big one: there’s a multiplayer campaign thing.

Siltbreaker, as it’s called, challenges players to team up (either with three friends, or randoms via queue) and delve into Dark Reef to battle monsters and avoid traps. I have no idea how it works, but hey, that’s quite neat. It looks a little bit Diablo-ish from the screenshots – or possibly Warcraft 3 hero-focused missions, which would be a nice throwback to Dota 2‘s origins – but as it’s not actually available yet I can’t say much more. You can see three screenshots below, anyway, and each play earns you Campaign XP that can be used to spin a Wheel of Rewards, with the ultimate prize being a Desert Baby Roshan courier. Act One is due later this month, with Act Two in July.

So yes, that’s the big attraction this time; most of the rest is what you’d expect, albeit with changes. There’s a quest path focused on Team objectives, for instance; things like “do lots of physical damage” or “take out lots of towers before the enemy team takes one.” You’ll earn Battle Point Tributes that you can use to increase the potential Battle Point winnings for your entire team in a match. There are Prestige Towers, based on the combined level of your team’s Battle Level… and I’m 99% sure these are cosmetic because the alternative would be incredibly stupid, but the text is a bit unclear. “Want better towers than your enemy? The type of towers you’re able to construct will depend on your team’s combined level of prestige,” says the description. But actually having better towers available for the team with the higher Battle Pass number would be ridiculous.

Okay, other stuff! You can play Dota 2 trivia while queuing for matches, and yes, doing well on these will reward you with more Battle Points. Grab a full set of Fantasy Player Cards for a team and you unlock custom Teleport Effects, Profile Icons, and Effigy Flags related to that team, with sets of silver and gold cards offering upgraded versions of each. You can now “Double Down” on your MMR once a week (or more than once a week, after a certain Battle Level) to double your MMR gain or loss from a Ranked Match. Oh, right, and there are now Relics, doled out to ten random Battle Pass owners each week. Playing three matches a week gets you an entry into Slark’s Riptide Rumble, with one of these year-long cosmetics as the grand prize… and, yes, the other prizes include Battle Points. 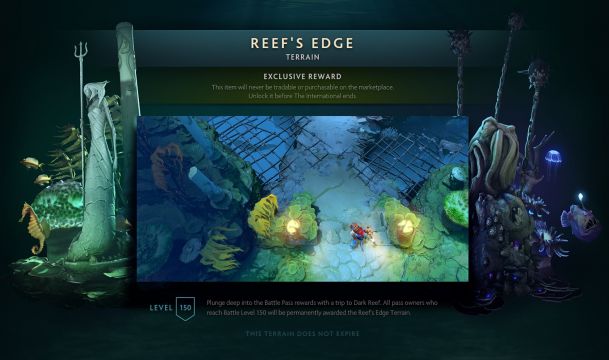 What else? God, you’re demanding. You can still bid tokens on matches. You can still vote for the next Arcana. You’ll still have a Seasonal MMR, letting you recalibrate your MMR if you so desire. Weekend Battle Cups. Prize pool predictions. The Compendium, full of predictions and whatnot for TI7 itself. And, of course, Treasures.

Treasure 1 is out now, I think, and offers chances at cosmetics for Sniper, Lifestealer, Crystal Maiden, Clinkz, Monkey King, and Bristleback; with a rare Broodmother cosmetic, a very rare golden Lifestealer cosmetic, and an ultra rare Slark cosmetic also available for the truly lucky. The Crystal Maiden one lets you turn people into a snowman with Frostbite. I’ll be having that, I think. While we’re on the topic, the quest paths this time around offer up items for Ogre Magi, Luna, and Slardar, which are actually three heroes I quite like playing so I guess I’ve got my work cut out for me.

But wait! There’s more! How about chat wheel sounds? Get your Battle Pass high enough, and you can play a team-chat sound twice every 30 seconds, or an all-chat sound once every five minutes. These are, of course, Dota 2 classics, like “Brutal. Savage. Rekt,” or a cry in all-chat of “IT’S A DISAAAASTAH.” Or hit Level 150 to unlock the Dark Reef terrain, which honestly looks pretty sexy. Or hit level 225 to get a Kunkka prestige item and quest path, the former of which turns his ghost ship into a giant goddamn shark. Or hit level 75 to get a Kunkka and Tidehunter announcer pack. And there are also Trust of the Benefactor chests as rewards, offering up one of the 2017 treasures, or an ultra-rare item. Or get some taunts for Jakiro, Clinkz, Techies, Winter Wyvern, Kunkka, Storm Spirit, Lifestealer, and Crystal Maiden. Or get an evolving courier that looks like a cartoon hermit crab. Or unlock seasonal effects for everything from fountain regeneration to Shiva’s Guard. Also: evolving wards, seasonal terrain, a music pack, emoticons, Rylai’s Wheel of Bullshit…

Oh, and river vials are back, but you’ll be pleased to hear that – while you can only use them once per game – once you unlock one, you can use it in as many games as you like. Which is a damn sight better than last year’s system.

Is that it? Are we done? Excellent. Go check out the official page if you want to ogle the cosmetics, or see all of the gory details for yourself.

The Dota 2 The International 2017 Battle Pass is out now, and will cost you thirty squid. (Sorry, I needed at least one nautical pun in here. I’d schooner die than pass up that opportunity.)