Right now, Dota Underlords is available to those who’ve bought the Battle Pass for Dota 2. If you’ve paid for that, then you should have a big option on Dota 2‘s dashboard letting you add Dota Underlords to your Steam account. After that, just quit out of Dota 2 and download the 1.3 GB stand-alone game. 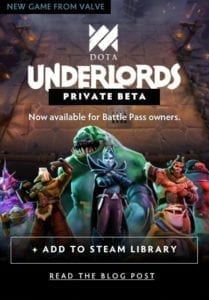 This is only a temporary thing, though: after around a week of stress-testing via the Battle Pass preview, open beta will begin. No need to rush out and buy a Battle Pass if you don’t have one already. 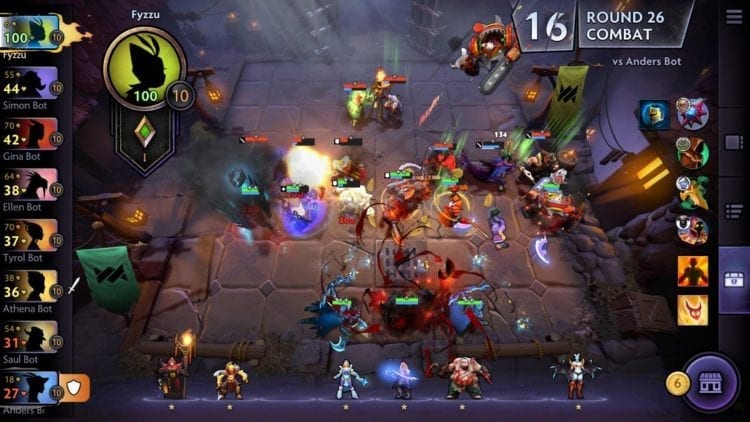 I have no idea what I’m doing, but don’t worry: it doesn’t get this frantic until much later in the game.

The preview version available at the moment lets you play online against seven other players, practice online against bots (of various difficulties), and party up with friends. The forthcoming open beta will be free to everyone on Steam (across Windows, Mac, and Linux) as well as Android and iOS. Open beta will add ranked matchmaking and cross-play across all devices, and it will share your rank and progression across the above. It looks like there’ll be an actual tutorial coming sometime soon, but for now you can at least beat up Easy bots.

Valve has noted that Dota Underlords is still early in development, with plenty of work to go. We can at least infer that it’s going to be a seasonal game, though. The blog post about this release notes that the beta is working towards “Season One,” and the preview build itself makes numerous references to the first season, noting that more heroes and items will be coming. There’s also some delightful fluff about how this is a “battle of dominance for the city of White Spire,” so much like the ill-fated Artifact before it, I imagine we’ll be getting some tidbits of lore throughout. Let’s hope this doesn’t follow in Artifact‘s footsteps in other ways.

But what is Dota Underlords? 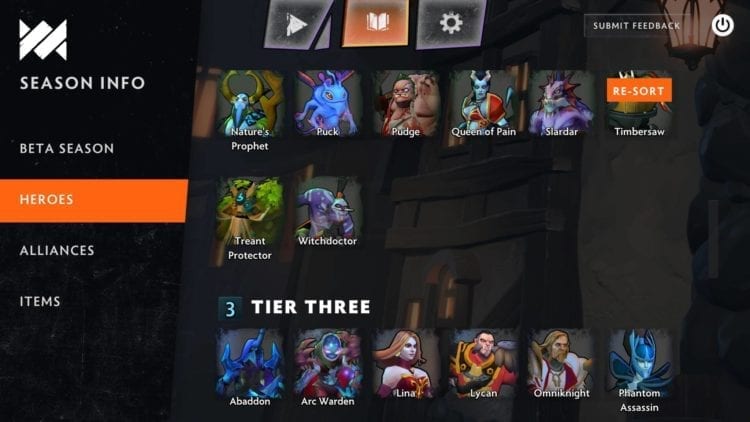 The Encyclopedia function lets confused newbies like me look things up, at least.

I’m probably the worst person to talk about Auto Chess/Dota Underlords because I haven’t spent much time on it, but let’s give it a shot. It’s a quickfire tactical game mode in which your heroes control themselves, walking towards enemies and smacking them. It’s up to you to place them in sensible regions on the “chessboard” before the round starts, and spend the gold you earn each round on buying more heroes that fit your lineup.

Different heroes have different synergies; as an example, Knight heroes get a defensive bonus if they’re one tile away from other knights. Buying multiple types of the same hero will also “combine” them to level them up. And ironically, Underlord himself currently appears to be Sir Not-Appearing-In-This-Game. Maybe in Season One, eh?

The preview build is available now if you have the Dota 2 Battle Pass; if not, open beta should be kicking off in around a week.

The Wizards – Dark Times announced for 2020 release on Steam