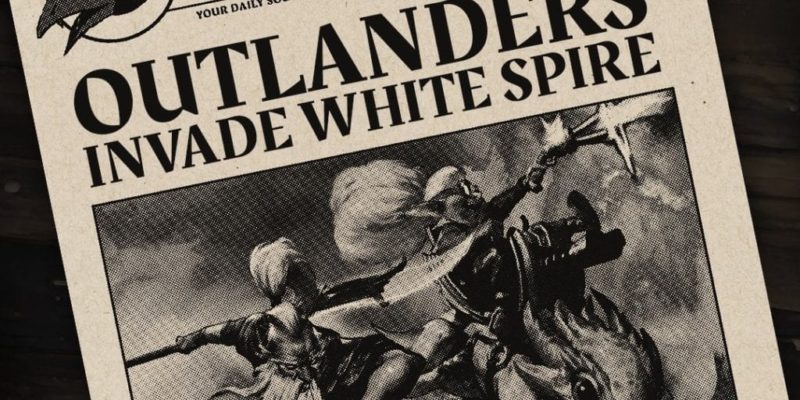 The Dota Underlords Outlanders update has dropped, and it’s a lot heftier than the tweaks we’ve seen in recent weeks. In this patch, there’s a new game mode, a new player experience, a new alliance, and a host of heroes, including the two ones that have just been added to Underlords’ rough and tumble sibling, Dota 2.

The Outlanders are in 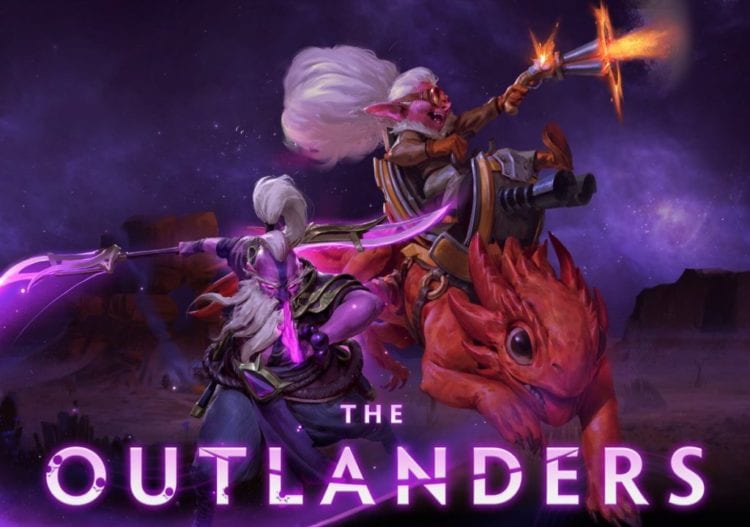 Dota’s original three spirits (Earth Spirit, Storm Spirit, and Ember Spirit) are here triumphantly, and the Dota Underlords Outlanders update introduces the Spirit alliance. Whenever a member of the Spirit alliance uses an ability, they enter a charged state. When three Spirits are charged at the same time, they perform the forbidden technique of the triangular Delta Slam. This technique causes each Spirit to deal 200 damage and apply their elemental effect to all enemies inside the area.

The two new heroes that have arrived on the streets of Whitespire and Dota are Snapfire and Void Spirit. Snapfire is an elder Keen woman who dispenses baked goods and shotgun blasts in equal measure. In Dota Underlords, she’s part of the Dragon and Inventor alliances and uses her shotgun to blast anyone within her range, also slowing their attack speed when she hits them. If the Dragon alliance is active, Mortimer the mount will spit molten globs at enemies. Each glob will damage enemies in an area and light them on fire.

The second of the Dota Underlords Outlanders arriving with this update is Void Spirit. He’s also the Ace of Spirits, and when he’s in play charged Spirits deal 100% more attack damage. The other alliance he’s affiliated with is the Warlocks. Void Spirit has a regular melee attack, as well as his Dissimilate ability. When he casts Dissimilate, he disappears and creates three portals. He then attacks from one of the portals, dealing damage and reducing the armor of his foe. When Void Spirit is part of the Delta Slam, he breaks affected enemy units for three seconds.

The three Spirit bros are the other members of the Spirit Alliance. Storm Spirit has a version of his ultimate ability from Dota, Ball Lightning. It will allow him to become volatile electricity and zip around the battlefield damaging foes. When he executes a Delta Slam, he disarms enemy units.

Earth Spirit gets Geomagnetic Grip, which allows him to pull Stone Remnants from off the board into his targets. Enemies struck by this ability are silenced and damaged. His contribution to the Delta Slam is to silence enemies.

Ember Spirit gets his iconic Sleight of Fist ability, allowing him to dash around the board damaging enemies and then return to his original position. His role in the Delta Slam is to set enemies on fire.

The Spirit alliance’s Delta Slam seems a bit complex and unreliable. Targeting it is going to be tricky because you have no control over your hero movement. The three Spirits could end up creating a tiny triangle with just one or two enemies in. Plus, there are only four heroes to recruit from for the alliance and with the Jail system, one of them may be unavailable. Having said that, each Spirit’s abilities seem strong. If (like in Dota) Ember Spirit and Storm Spirit are not targetable in their abilities, they’ll be dishing out damage without taking any in return. I suspect we’ll see some tweaking to the Spirit alliance and its heroes in the coming weeks. 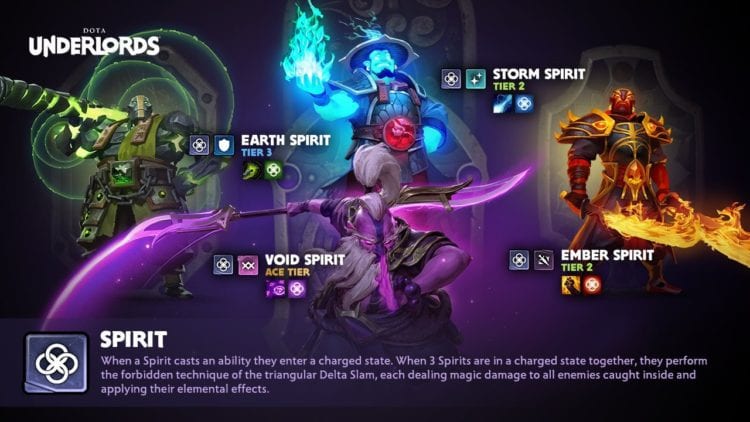 Knockout is a new fast-paced game mode introduced to Dota Underlords with the Outlanders update. Instead of playing with health, you have four lives. Lose four times and you’re out. That means dead. You’ll also start with an initial crew of five heroes instead of recruiting from scratch. For now, you can only play Knockout Casual, but there are plans for a Ranked version to be introduced. You can also play Knockout again bots.

Games of Dota Underlords take a long time if you make it far. Valve has predicted that Knockout games will last just 10 minutes. That’s considerably shorter game times. So, this new mode is great for times when you only have a short window to play. It’s also a good way to get more casual players into the game. Speaking of newbies, if you’ve played less than three games of Dota Underlords, you will now automatically get run through a quick tutorial where you’ll learn the basic concepts of the game. This will only happen once, and then it can be accessed as a bot match.

To see the rest of the bug fixes, UI changes, and minor balance tweaks, you can check out the full patch notes. You can also download Dota Underlords for free via Steam.