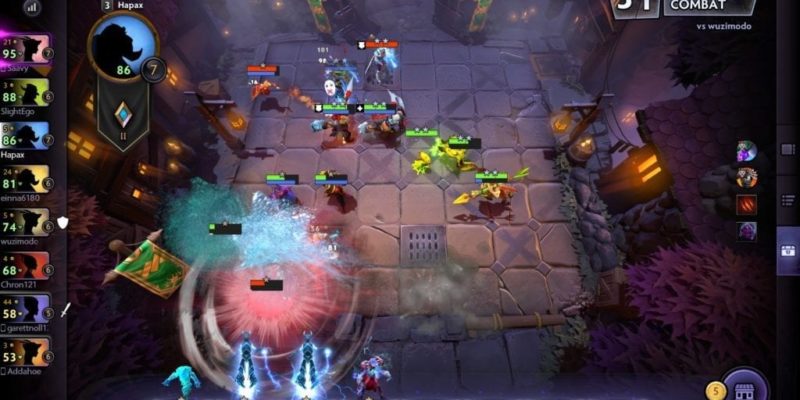 The Dota Underlords blog entry for The Big Update Part Four opened by saying that this would show us the faces of the last two Heroes joining the roster. Ironically, neither of the two new Heroes has a face.

First of the faceless Heroes is Io. Io is traditionally a support Hero in Dota 2, but it was famously used as a carry by OG to win The International 2019. In Dota Underlords, Io will return to its supporting role with its Relocate and Tether abilities. Relocate will allow Io to teleport to a dead allied Hero and revive it. Io and the revived Hero will then return with full health and are also purged of negative effects.

With Tether, Io will link itself with and pull itself towards the nearest allied unit. Both units will gain attack speed and damage reduction while the link is maintained. However, the tether will break if they move too far apart. 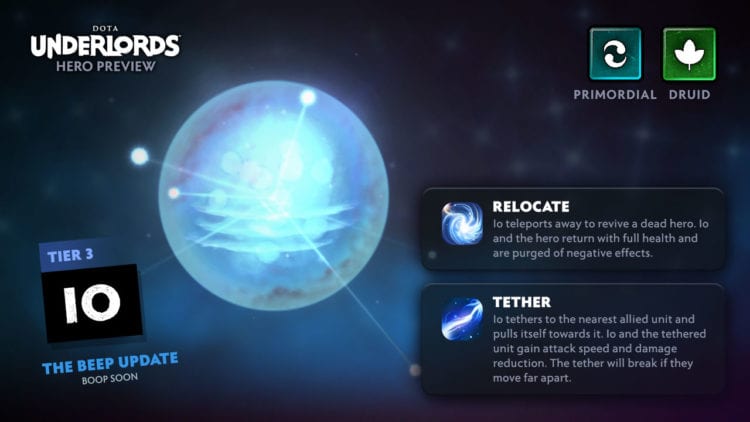 The Ace of Assassins

In Part Three of Dota Underlods The Big Update, we were introduced to an Ace Tier Hero, Sven. As it turns out, however, there was another Ace in the hole. Faceless Void is the second Ace Tier Hero gracing us with his presence, fulfilling the role of the Ace of Assassins.

The Assassin Alliance is a very offensive-minded one. Their bonus gives Assassins a chance to critical hit for enormous amounts of damage, as well as Wound enemies, reducing the amount of healing they receive. With Faceless Void in play, Allied Assassins will also have a chance to dodge attacks and fully avoid both physical and magical damage. That’s an incredible survival buff for what was previously a purely offensive Alliance.

Faceless Void’s other ability is Chronocube, a cute adaption of his Dota 2 ability, Chronoshpere. The Dota Underlords board is made up of squares, so a spherical ability would cause far more trouble than it was worth. At any rate, Chronocube creates a blister in spacetime that stuns all units caught within it. While Faceless Void is in the cube, he has increased movement and attack speed. 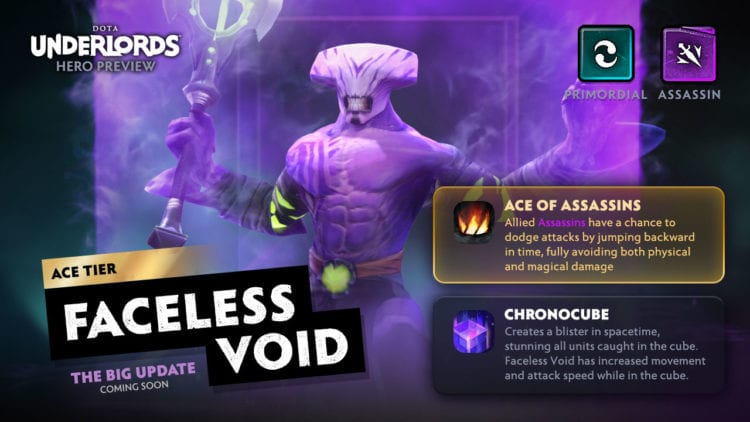 Because Dota Underlords involves hiring Heroes from a pool, there is a delicate balance that needs to be maintained to prevent luck from playing too large a role. Too many Heroes means that your chances of hiring ones with synergy will decrease. It will also make Ranking Up Heroes in a game more difficult. Too few Heroes, on the other hand, and everyone will be hiring the same line-ups repeatedly. Neither of those options will make for challenging and entertaining gameplay.

Dota Underlords The Big Update is adding 12 new Heroes to the pool, meaning we’re creeping towards a Hero pool that is too large. But Valve has come up with an interesting mechanic to allow there to be more Heroes without letting the element of luck get out of control. 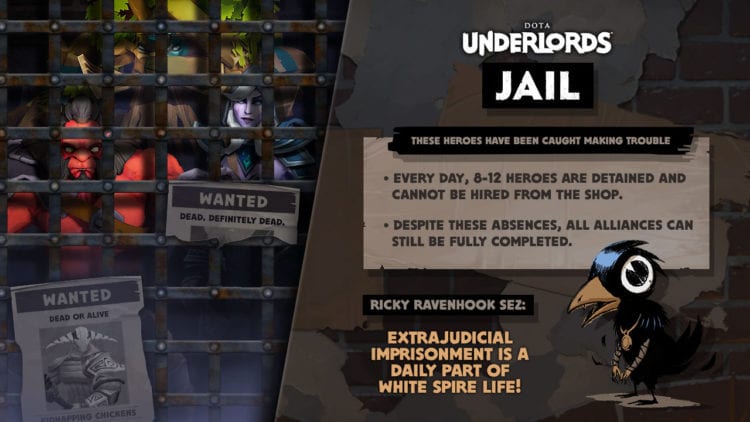 The concern with this system is that it will create situations where some Alliances are harder to complete than others. Potentially, it could make it so that some cannot be completed at all. But Valve has insisted that the system will never allow for a situation where all Alliances cannot be completed.

Dota Underlords can be downloaded for free from Steam.