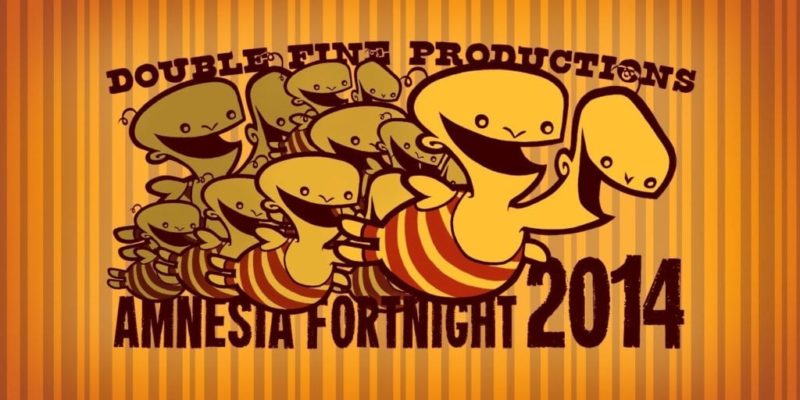 This man has witnessed the future of gaming.

Those lovely chaps and chapesses over at Double Fine have launched another Amnesia Fortnight, in conjunction with the Humble Bundle. In case you’ve forgotten what Amnesia Fortnight is, and wouldn’t that be ironic, eh, EH? … EH? … nevermind. In case you’re not sure what it is, I’m here to help out. By telling you. With words.

Double Fine takes two weeks, during which the staff split up into small groups and make utterly stupendous games. It’s an internal game jam, basically. A game jam is when you make a game about jam. Or other things.

Where you and/or Humble Bundle come in is that the general public can vote on which of the initial pitches will make it to this prototype stage. Contributing any amount of money over $1.00 USD gives you the right to vote on three of the 29 ideas on offer. Ten finalists will be announced on 10 February. You’ll also be granted access to the five prototypes from 2012’s event.

Pay more than the average (currently $7.44 USD) and you can also influence which of Adventure Time creator Pendleton Ward’s bizarre ideas get turned into an equally strange prototype.

The video below contains short versions of all the pitches (except Ward’s) and there are slightly longer versions of each on the Humble Bundle page. I’d vote for Dear Leader, personally. Because I like Soviet era propaganda and leading post-revolutionary republics to industrial glory. It’s how I spend most of my weekends.