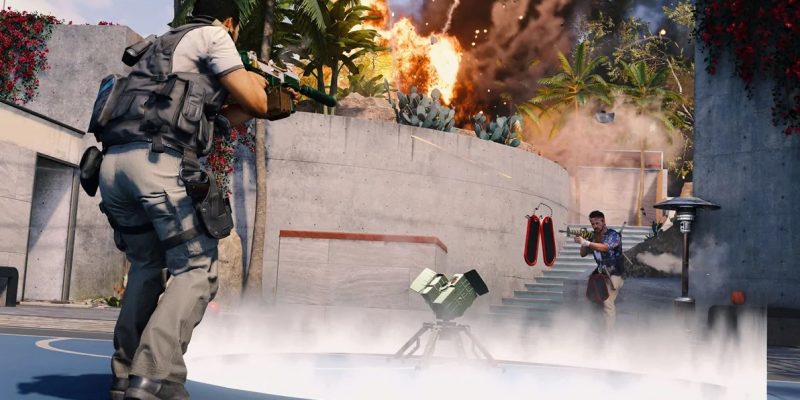 While you are busy dealing with the ongoing outbreak or trying to get your hands on a crossbow in both Call of Duty: Black Ops Cold War and Call of Duty: Warzone, you might want to hold your horses just a little bit. Later this week, you can earn double the XP on both Cold War and Warzone thanks to a new wave of bonuses coming your way. Not only are you looking at earning double the experience for player levels, but players can also expect the same for both weapon and battle pass XP as well. The time to grind is here.

For players who have yet to finish all 100 tiers of the Season Two battle pass, now is your time. It will also present a great opportunity for weapons to level up in a shorter time period.

The Double XP wave will start in Cold War and Warzone on Friday, March 26 at 1 PM ET. It will last the entire weekend and end on Monday, March 29, at 1 PM ET.

Getting players back in droves will definitely give both games a nice population boost. With the mid-season update arriving next week, this will serve as a reminder to players of just how much fun awaits them in both shooters. 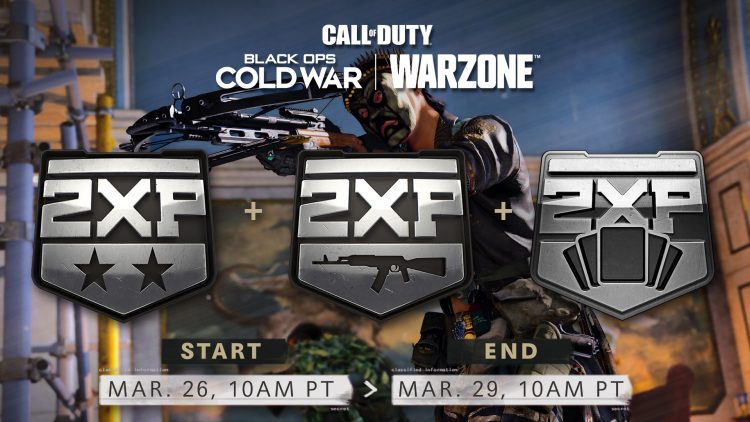 Fans are also anticipating the Sanitorium Fireteam map for the Outbreak Zombies mode. As for Warzone, the beloved undead continue to lurch from one location to another. With the bank being their next likely target, who knows where else they will swarm to?

The draw of Double XP is going to occupy the attention of both Cold War and Warzone fans for the weekend. However, the idea of Verdansk’s demise is still high on the agenda. We can’t wait for the big finale as players try to save Verdansk from its inevitable doom.