If you know your way around Cheat Engine, or are prepared to learn, there’s now a way to get Dragon Age: Inquisition’s tactical camera to be a bit less terrible on PC. An emerging PC hero going by the name of olegbl has put in (at least) six hours of debugging assembly code to make this tactical camera mod happen.

Here are the impressive results in-game. 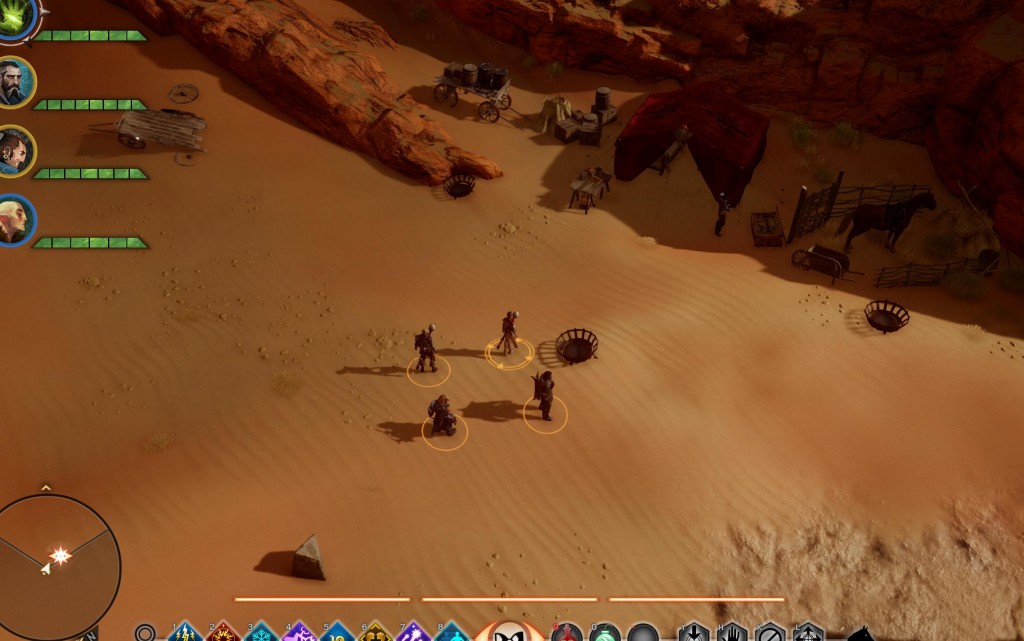 What appears to be the latest version of his Dragon Age: Inquisition table for Cheat Engine can be found here, but you’ll be wanting to look at this earlier post if you’re not familiar with the program and how to get it up and running.

I’ll reproduce his instructions here as well, for ease of reading:

As well as the tactical camera sorcery, the table allows players to amend other things like character stats and perks (if desired.) More traditional cheat type stuff.

I’m not able to provide any additional tech advice on this front, because I don’t have Dragon Age: Inquisition myself. Cheat Engine should be fine to use in single player without any fear of Origin bans of whathaveyou – though, of course, nothing can be declared 100% free of risk. I’d recommend people avoid using it in multiplayer mode though, just to be safe.

Since an independent PC user has managed to achieve this on their own, you would hope BioWare would eventually get around to releasing some sort of official PC patch for the tactical camera too. Unfortunately, the company has been rather silent on the subject of patches for the last couple of weeks. This was the last major announcement about it, on 19 November.

Dying Light’s crazy PC specs were just placeholders after all

Black Desert aims to launch in the West in 2015