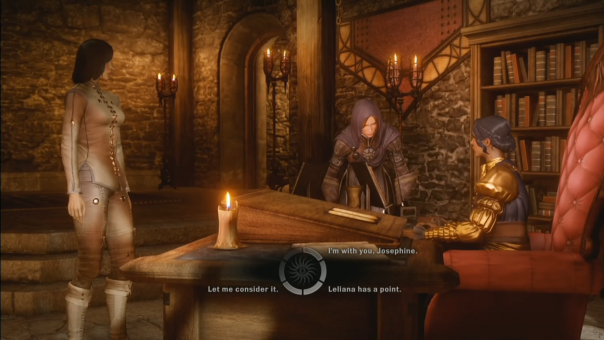 Announced this evening on the Bioware site, the next Dragon Age has been completed and is now ready for release on 18 November. Development started on the game four years ago which seems like such a long time ago now. Bioware’s Mark Darrah commented.

I’m excited to announce that Dragon Age: Inquisition has gone gold on all platforms! This milestone is a testament to the hard work of the developers (and their families!) who put so much into this game, and took on every challenge that was put before them. That we’ve made it this far is also an acknowledgement of tremendous support and patience from our fans: you’ve been an inspiration to us since the beginning.

The biggest story of the year is yours to play, very, very soon. Thank you.

In the post he also highlighted their objectives with this new DA title which included reimagining the combat, a deeper character creator, their “biggest supporting cast” and an engrossing story.

Only time will tell if they’ve managed to achieve this but we’ll know when it arrives in a few weeks. We will of course be passing this over to Tim for review as he’s our Dragon Age expert.

The Crew’s System Requirements Are As Customizable As The Cars