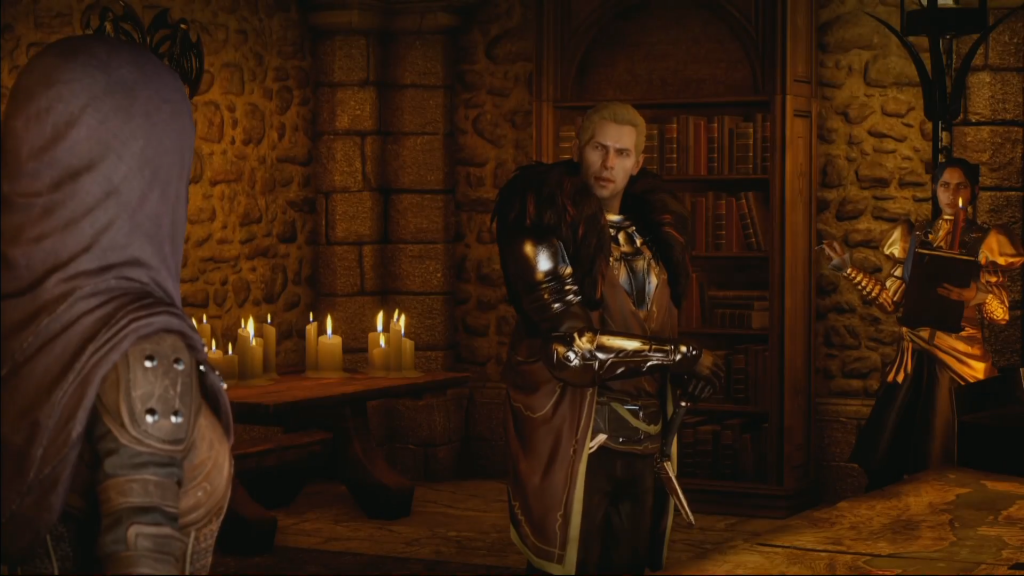 Cullen, would you like to help sing along with the theme?

In their ongoing quest to reveal as much about the game before it launches as possible, EA have put up the main Dragon Age: Inquisition theme. You can have a listen to the theme in full over here, on EA’s site.

The theme is written by Trevor Morris, who is the lead composer for the Dragon Age: Inquisition score. On the same page as the theme, you can read a bit of a music-based Q&A with Michael Kent, who is the audio director for the game.

He talks about the importance of audio in games (as people who’ve played Looking Glass titles like Thief and System Shock 2, or some of the better horror titles of recent years can surely attest,) and the significance of strong, memorable themes.

Dragon Age: Inquisition will be released on 18 November in the US and 20 November worldwide. If you missed it from yesterday (or over the weekend,) there was another live-stream of some PC gameplay featuring a new area of the game and a dwarven lead character. You can watch that here.