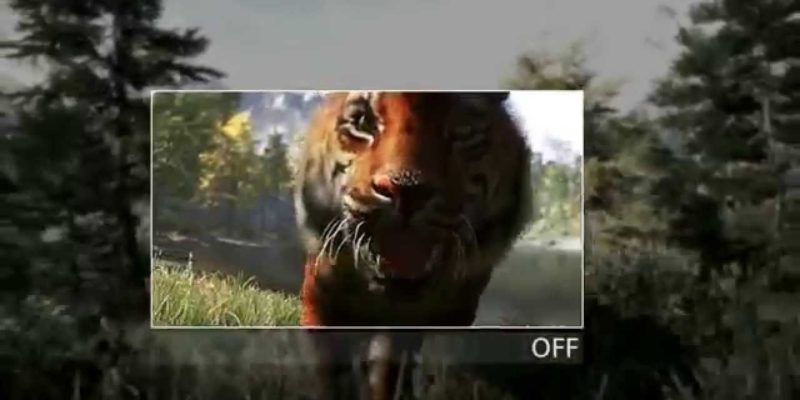 BioWare has just concluded another livestream of Dragon Age: Inquisition, this time featuring on the Mass Effect 3-style co-operative multiplayer mode. Quite a few details and bits of information were revealed regarding how this mode will work, including character types, the store/loot system, mission structures and a bunch of other things.

All images in this piece were taken from the stream, so they tend to be a bit on the blurry side when there was a lot of motion on the screen. I didn’t catch the very start, so I’m not sure if this was Dragon Age: Inquisition being played on PC with an Xbox controller, or just Xbox One footage.

Here’s the main lobby where you’ll switch between characters, sort out your potions and earned inventory items and (post mission) level up your abilities. This is also the gateway to potentially crafting armour to unlock new character-types and promoting max-level characters through ‘Prestige.’

Three character types are unlocked from the start; Archer (Damage Per Second character,) Keeper (Support mage) and Legionnaire (Tanky warrior guy.) You can probably just about make out all of them in this lobby. BioWare started out at level one for the purposes of this stream.

However, they did also dip briefly into the character screen so we can have a look at (most of) the twelve total that can be used in multiplayer. 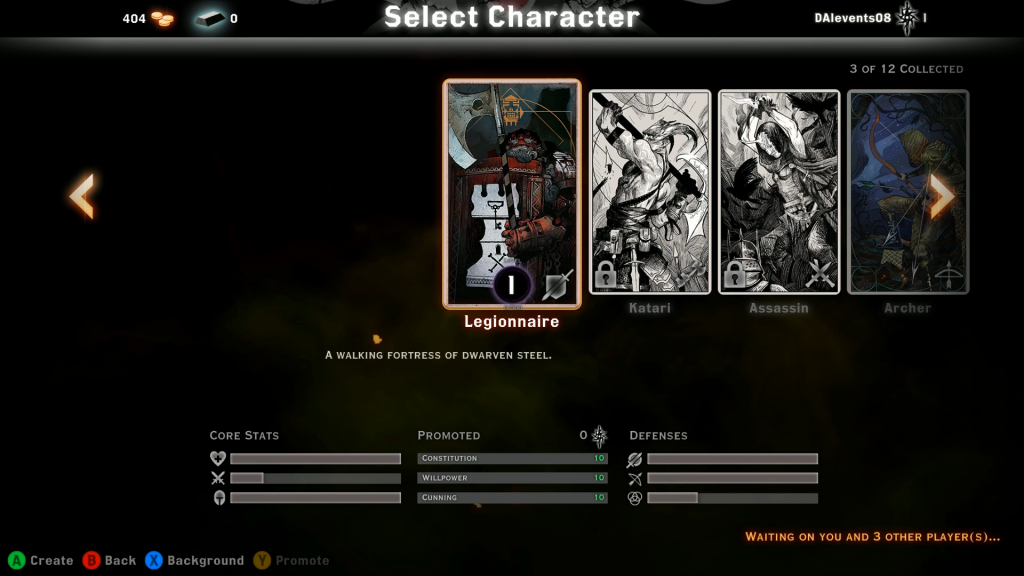 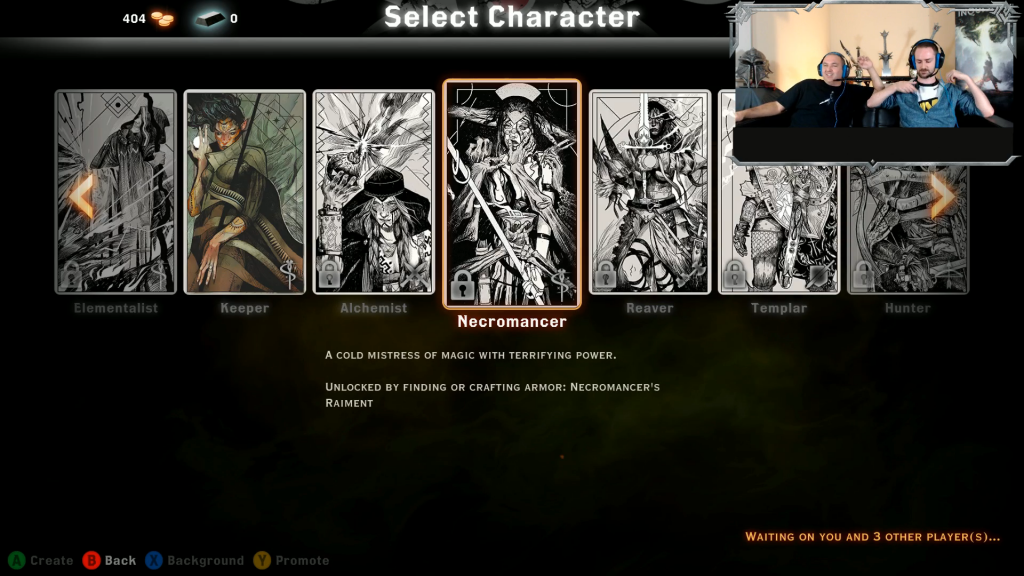 And another seven. I wasn’t quite able to screencap every single one, sadly. The max level for each character is 20, but once this is reached they can be promoted, providing a bonus to all of active characters a player has. If a Keeper is promoted, for example, this gives +1 willpower across the board.

Characters are unlocked by either getting lucky with a purchased chest from the store area (using gold earned in-game,) or through finding the relevant materials in missions to craft the armour type of the class you wish to unlock.

Here’s a look at the Dragon Age: Inquisition store in multiplayer, it’s rather like the Mass Effect 3 one. 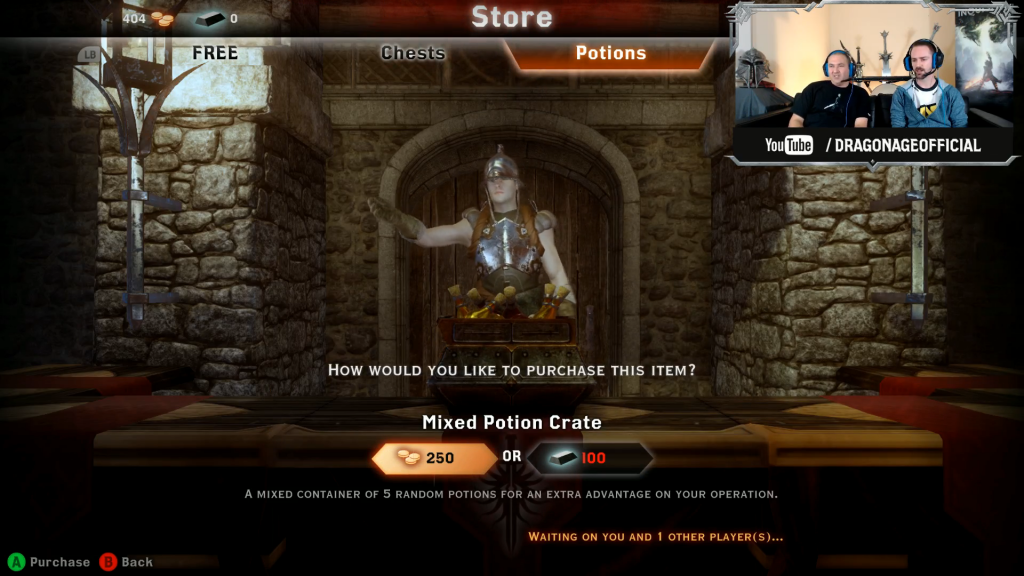 Yes, you’ll be able to pay some real life money to unlock these if you really want to.

Anyway, BioWare’s team hopped into a mission in the Elven ruins with their level one party. It was mentioned that it’ll be possible for friends to hook up in co-op parties of four no matter what the level discrepancy, while matchmaking will obviously try to match similar levels and regions. There will be no region locking for friend-based parties, so cross-continental parties will be possible.

For those who haven’t yet heard, the multiplayer in Dragon Age: Inquisition won’t directly link to the single player stuff. In other words, there’s no direct ‘war score’ type correlation like in Mass Effect 3. In multiplayer you’re playing as agents of the Inquisition ostensibly helping out with operations, but the economies of single and multiplayer are not shared. They’re separate in all ways except general lore. 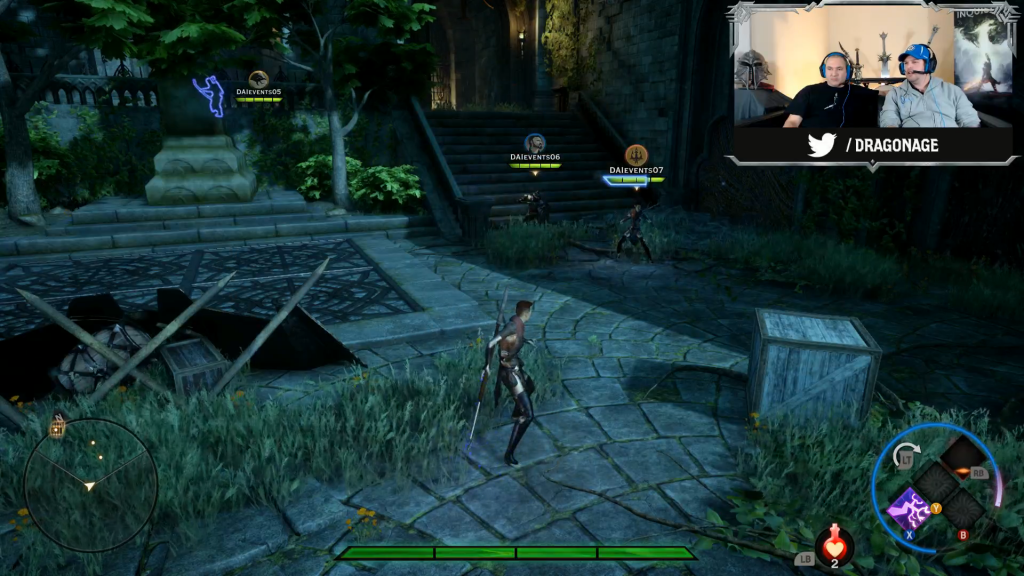 The Keeper casts an area-of-effect ‘Barrier’ buff on the Legionnaire character. 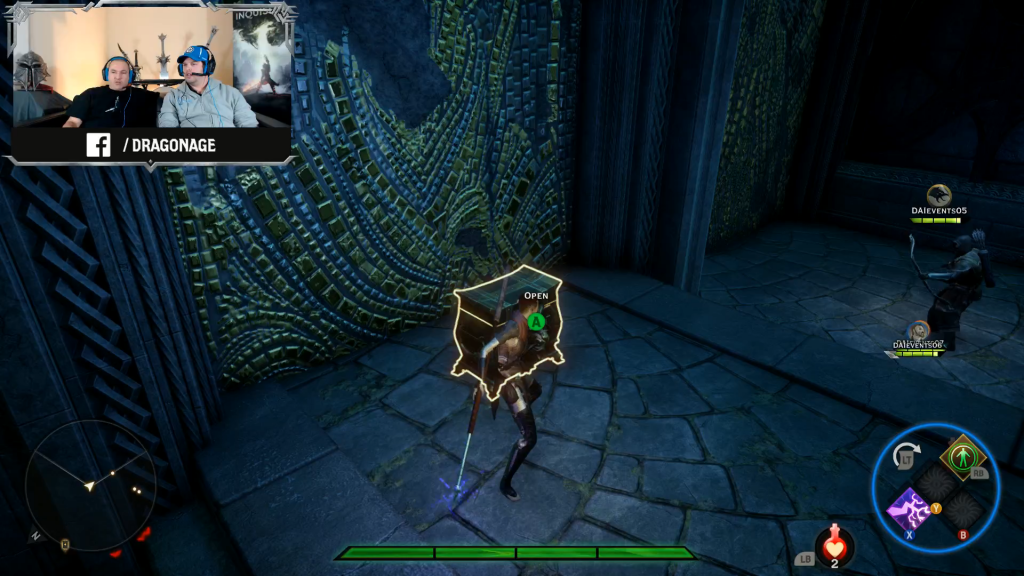 Unlocking a chest for possible fabulous prizes. Gold is used for buying potions, and other store items. There’s a chance that these treasure gathering moments will spawn more enemies. 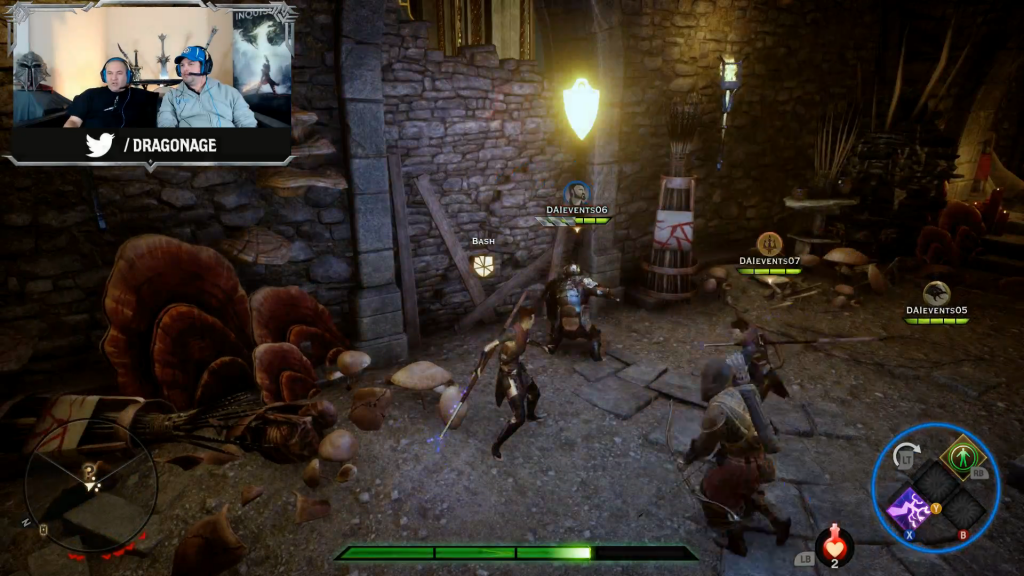 Certain shortcuts and treasure rooms can be accessed through these ‘bashable’ walls. 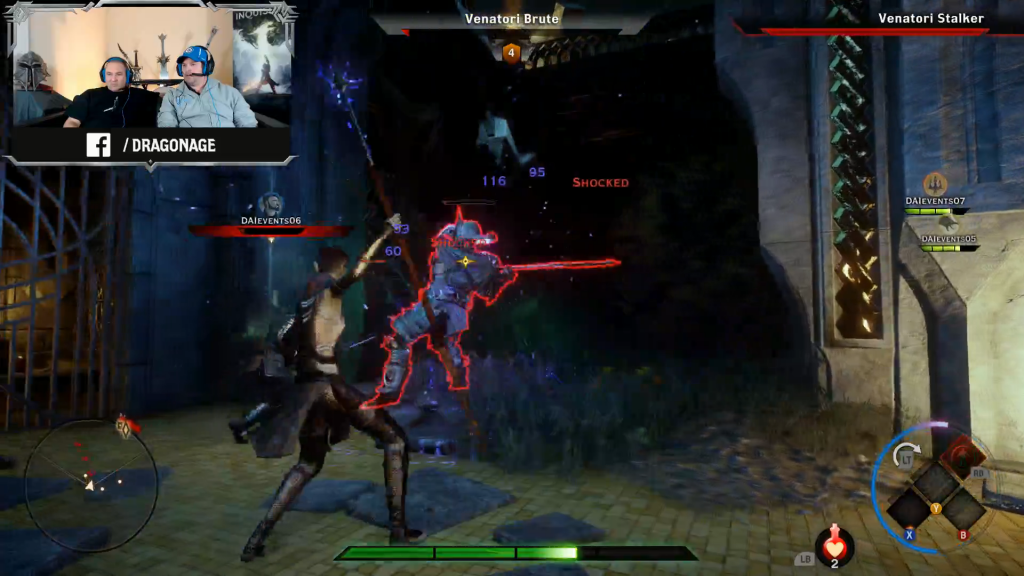 The BioWare team takes on a Venatori brute. There are three enemy factions types in Dragon Age: Inquisition’s multiplayer; the Venatori, the Red Templars and Demons. Each will apparently provide a slightly different challenge. 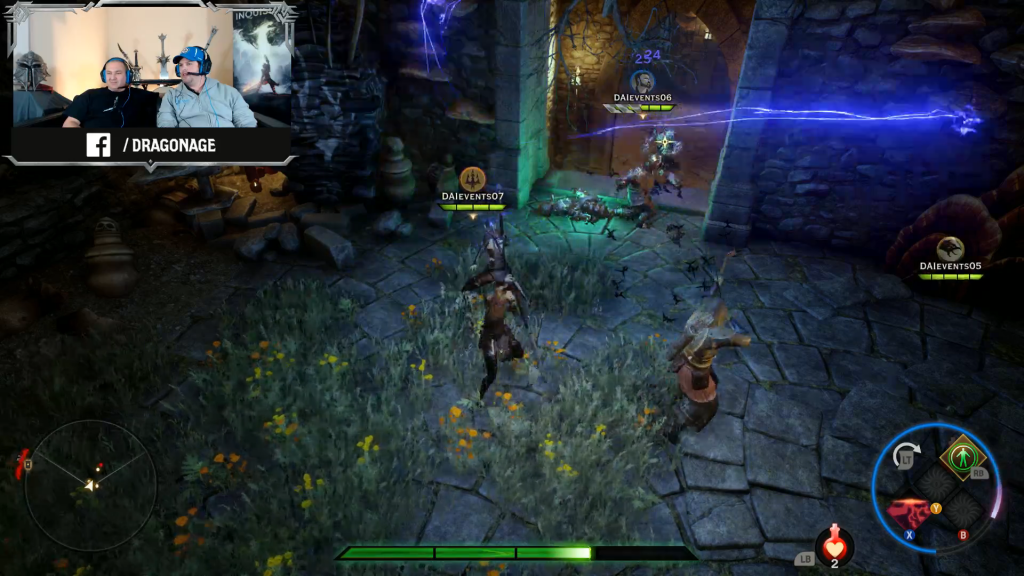 Each mission/operation is divided up into five zones, with a recovery area between each one. There’s a health point in these recovery points which will revive everybody in the party, so as long as one person makes it to the recovery area alive, the mission can continue.

Zone five is said to always contain a boss and a ‘defend this area’ type objective. During zones two and four, random events may occur for your team to optionally perform. 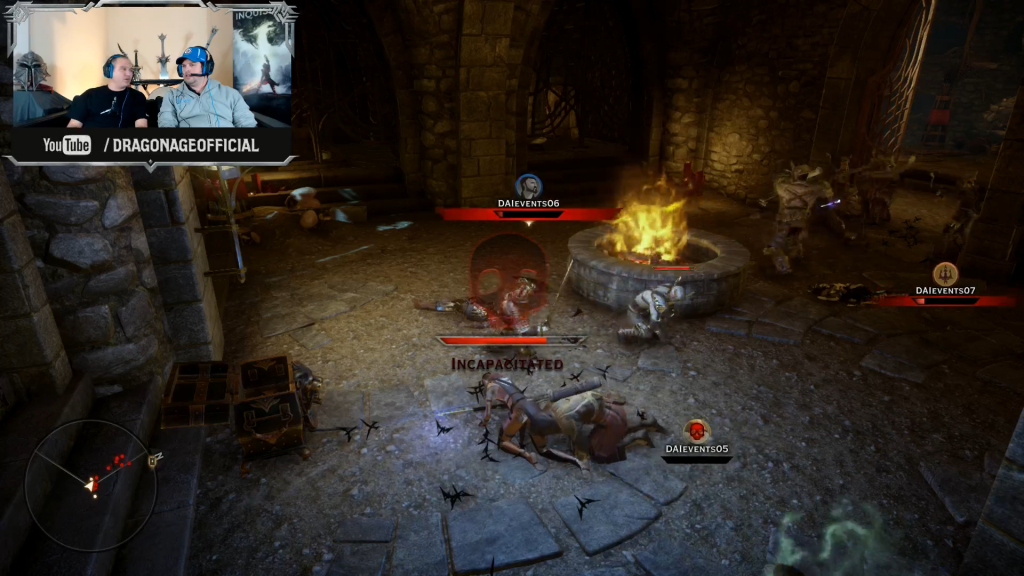 When downed it’s possible to crawl around on the floor for a bit, but otherwise you need to wait for another party member to revive you. If all four of the party go down, then it’s time to see the mission failed screen. 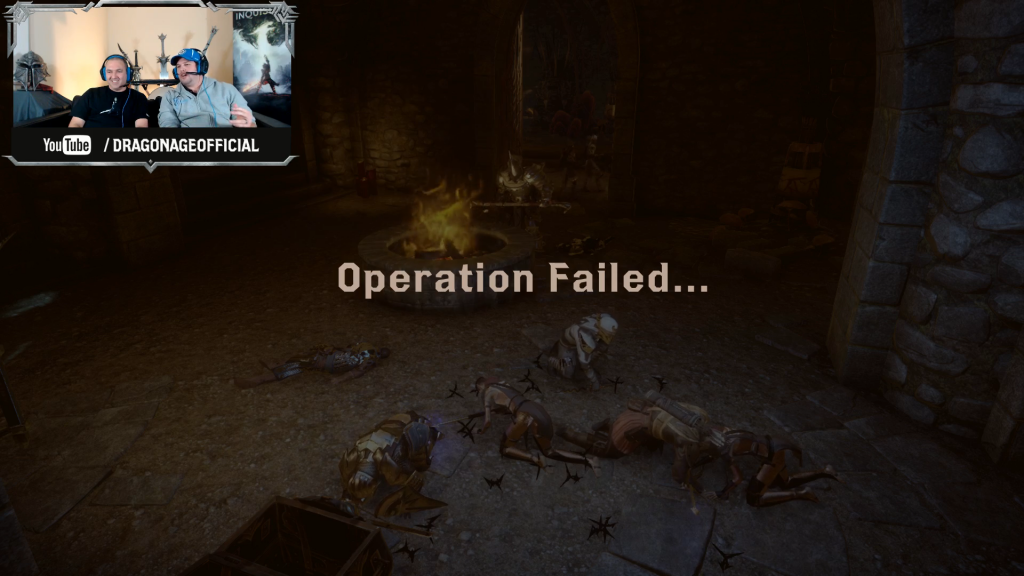 Yes, that’s the one. BioWare were playing on the default difficulty, but pointed out that making it through all five zones of a mission with level one characters will be rather tough.

Luckily, death is not the end. It’s just the gateway to levelling up. Obviously finishing the mission would reward more gold and experience, but getting a certain distance still provides some progress. 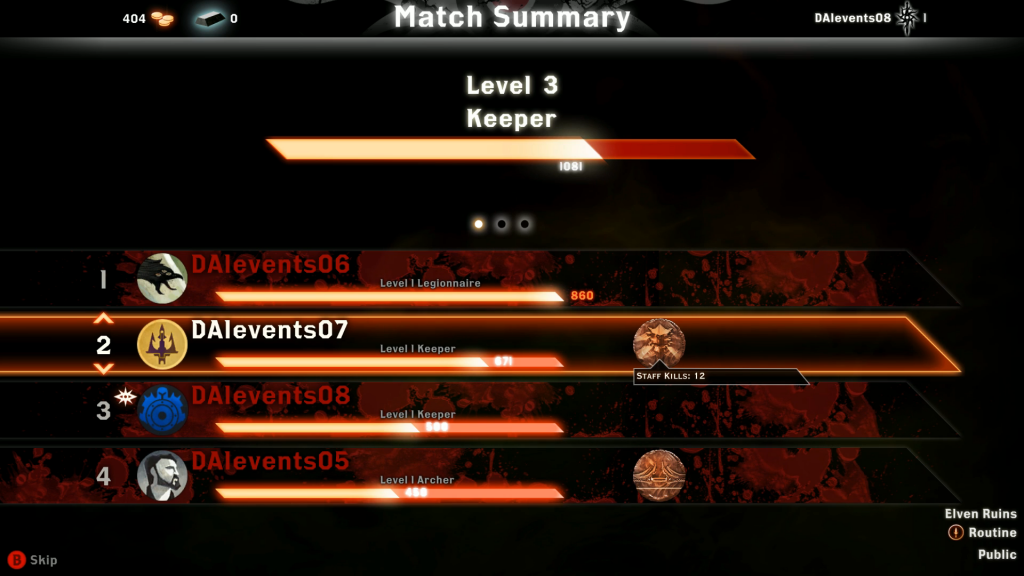 In fact, the Keeper player managed to level up fairly well. Here, you can also see one of the ‘medals’ that are given out for performing notable tasks. In this case, 12 kills with a staff. 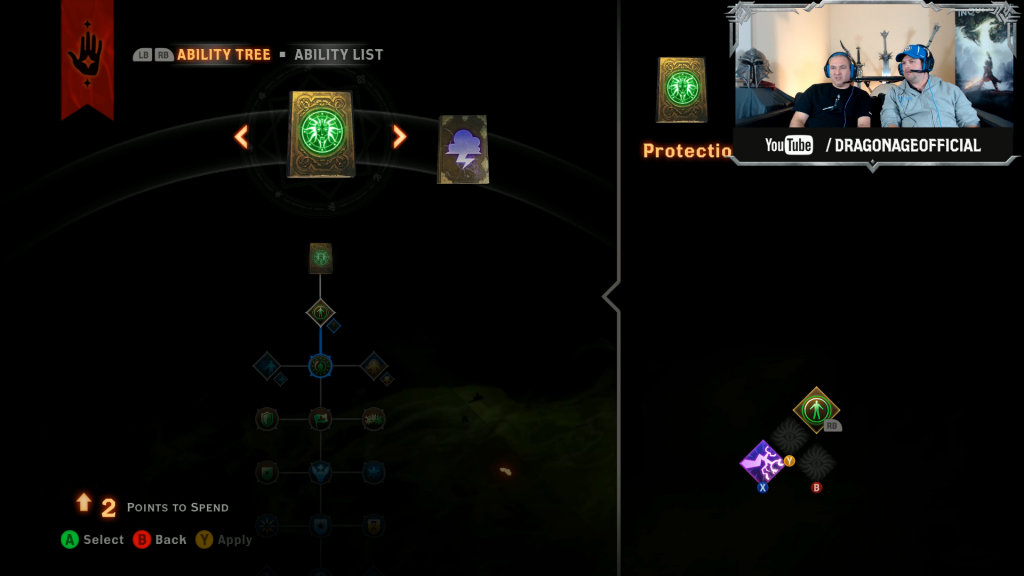 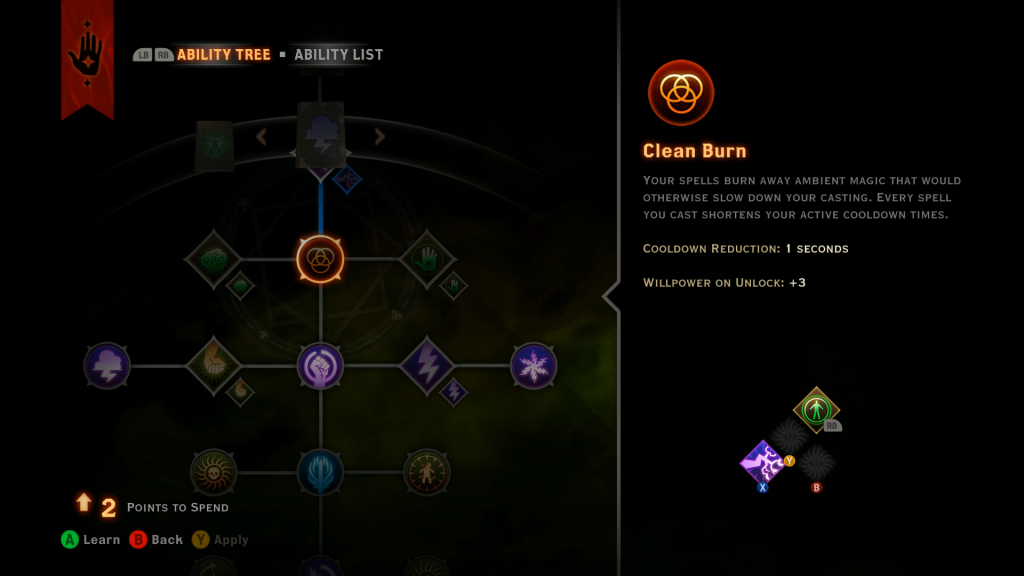 BioWare were keen to stress that there are around ‘four or five’ effective ways to play each class type, and that players would probably discover more for themselves as well. 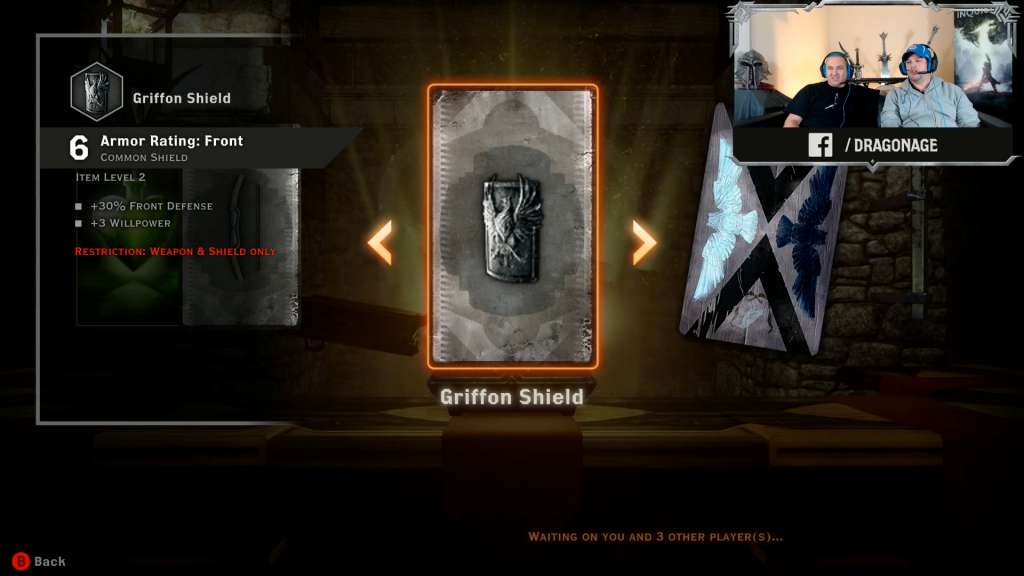 It was mentioned that gear is probably the most important factor in deciding how powerful a character is, followed by weaponry and finally by the overall level. Inventory is shared between all characters, so if you unlock a super amazing Archer bow with a Keeper character, you can pass it on to your archery guy. Items aren’t locked to a single person.

Enemies have resistances, so a fire-geared character won’t be able to do much against a fire demon. It was also stated that there is no friendly fire in multiplayer. 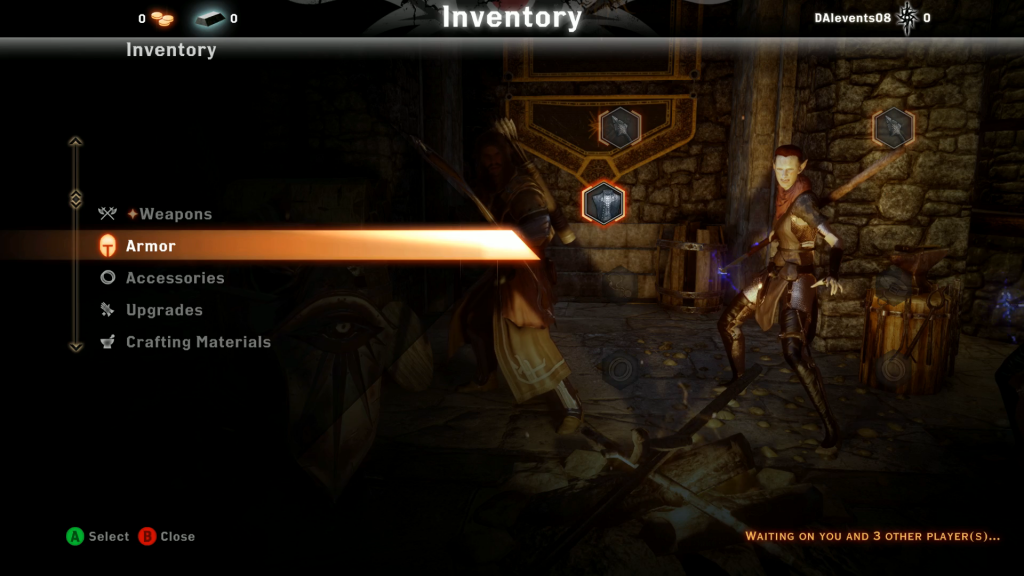 That pretty much wraps it up in terms of new information divulged. If you missed the stream and want to watch it for yourself, it’ll no doubt be archived at BioWare’s channel quite soon. Dragon Age: Inquisition will be released on 18 November in the US and 21 November in Europe.