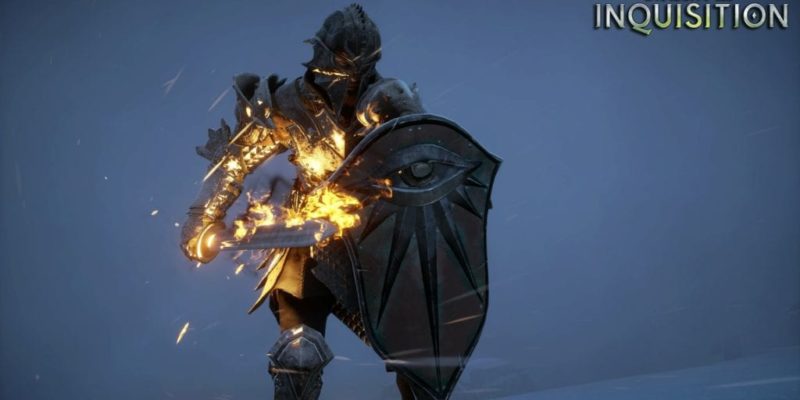 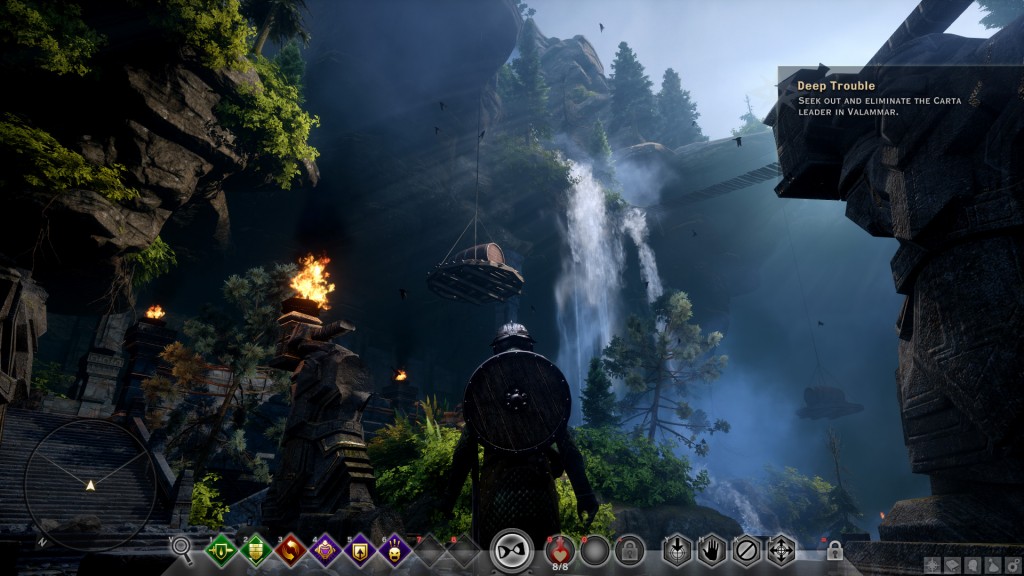 Better informed Dragon Age series experts than myself have noted that this new Dragon Age: Inquisition trailer might be a bit spoilery in parts, so watch out for that. Or maybe don’t watch. Then you won’t see any mini-spoilers.

If you’ve already been reading and watching everything about the game up until now it’s probably fine.

Those opting to watch will see multi-coloured wizard staff light shows, a deep-voiced Bad Man™ talking about resistance being futile and a fair bit of talk about how your hero is popularly assumed to be guided by the hand of the Maker (which is a useful propaganda tool, or possibly true, who knows?)

It’s also one of those trailers where the accompanying soundtrack choir gets higher and higher in pitch and more and more excited, so that by the end they’re kind of going “ah-ah-ah-ah” like some sort of choral machine gun.

You know what I mean, you’ve seen trailers for fantasy RPGs before.

Anyway, it’s been a busy week for Dragon Age: Inquisition so if you’re interested in reading details of the PC graphics options and UI for the game, or the latest details about the Dragon Age Keep system, follow those respective links. The basic PC system specs were revealed recently, too.

Dragon Age: Inquisition is due in November.