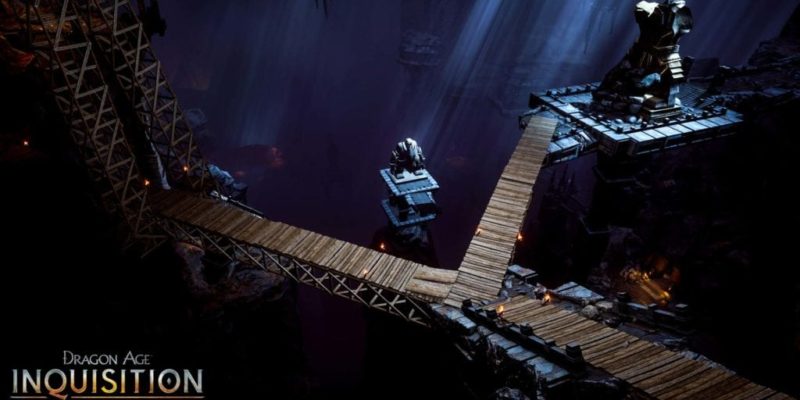 11 August will see the release of Dragon Age: Inquisition’s latest piece of story DLC, dubbed The Descent. In it, you’ll be leading your eager party of companions into the depths of Thedas and exploring the Deep Roads.

Mysterious earthquakes have been troubling the land, which calls for a perilous underground expedition in order to figure out what exactly is going on. The answer (or one of the answers, anyway) is “vast, darkspawn-infested caverns.” Hurrah.

The Descent DLC will introduce new characters (not necessarily recruitable ones,) fresh collections of loot, and a crash course in Dragon Age: Inquisition’s dwarven history.

According to BioWare’s Mike Laidlaw, The Descent does not take place post-game, but can in fact be undertaken any time after reaching Skyhold. The DLC will scale to your party’s level accordingly.

Content for The Descent is available anytime after you reach Skyhold and will scale across levels. It is not set post-game.

Elsewhere in his twitter timeline, Laidlaw also confirms that this will not be the final piece of story-related DLC for Dragon Age: Inqusition.