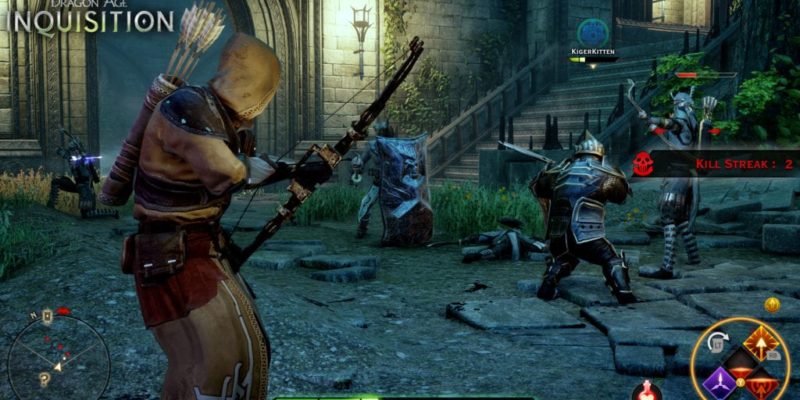 EA is now offering a ‘trial’ version of Dragon Age: Inquisition on PC, which includes unlimited access to the multiplayer portion of the game if you nab it before 21 July.

As stated on this Origin page, the trial edition costs no money whatsoever, and gives you six hours of single player mode, plus as much of the multiplayer as you fancy.

BioWare Associate Producer Billy Busken confirms on twitter that as long as you’ve claimed the trial game before 10am (Pacific) on 21 July, you’ll have the multiplayer portion of Dragon Age: Inquisition forever. Or until the servers are shut off in 2025 or whatever.

The #DAI FREE TRIAL is a limited time offer. Get it before 10am PDT on July 21. Once you have it, you have unlimited access to Multiplayer.

Much like the Mass Effect 3 multiplayer, there are (of course) real money ways to get things you can also earn by just playing. So EA’s motive here isn’t entirely altruistic, as they clearly hope to generate a bit of extra cash along the way.

Still, if you did want to play a bit of Dragon Age: Inquisition multiplayer (and don’t mind waiting for 25GB of game to download,) then that option is now open to you for free. As long as you act before 21 July (even if that’s to just stick the game in your Origin account.)