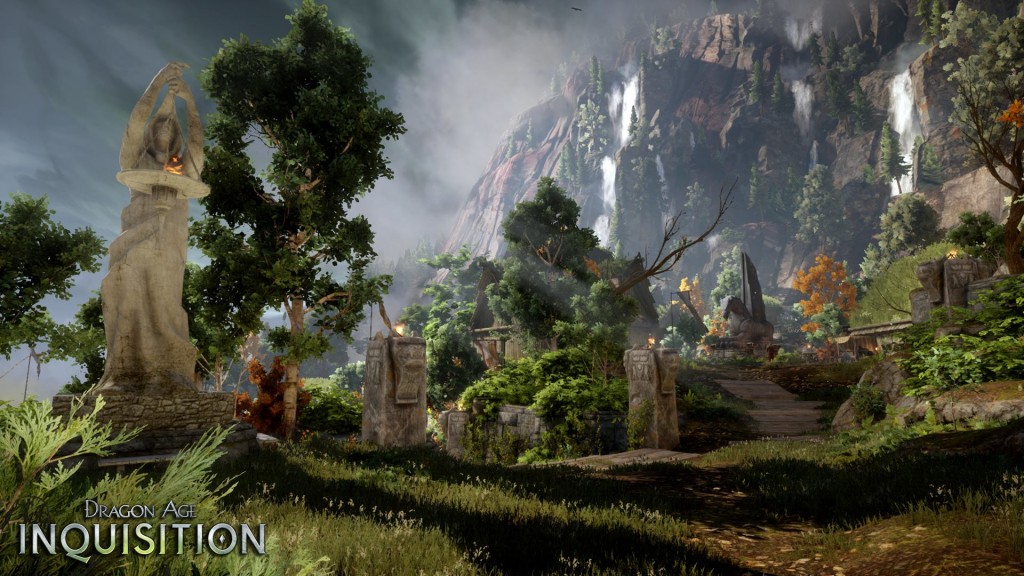 BioWare’s current marketing strategy of releasing info and images of individual areas in Dragon Age: Inquisition continues. The last couple of days have brought official site entries for Redcliffe and The Hinterlands, accompanied today by some higher resolution shots of both places.

Neither of those locations lend themselves to puns about 1980s pop icons, so I guess I’ll just have to play this one straight.

According to the lore-tinged entries on the Dragon Age: Inquisition site, Redcliffe castle (and village) are the “first and last defense for the sole land route into Ferelden.” It’s described as unassailable, but that term has a hint of irony as it’s been captured three times before. Judging by the images, showing the village to be ruined and overgrown, the place has fallen again. The inhabitants of Redcliffe village are (or perhaps were) “primarily fishermen or merchants,” who helped make the location a center for trade.

The Hinterlands are also looking rather overgrown and lush these days. Prior to that, they were a retreat for people attempting to get away from the politics of the realm. Unfortunately, a Templar-Mage war turned the plains into burning battlefields. The scars and ruins present in the images (below) are presumably all that remains after that conflict.

Dragon Age: Inquisition is coming out on 7 October this year. Click the images below for larger versions.

Dead Rising 3 listing appears, and then gets pulled from Steam