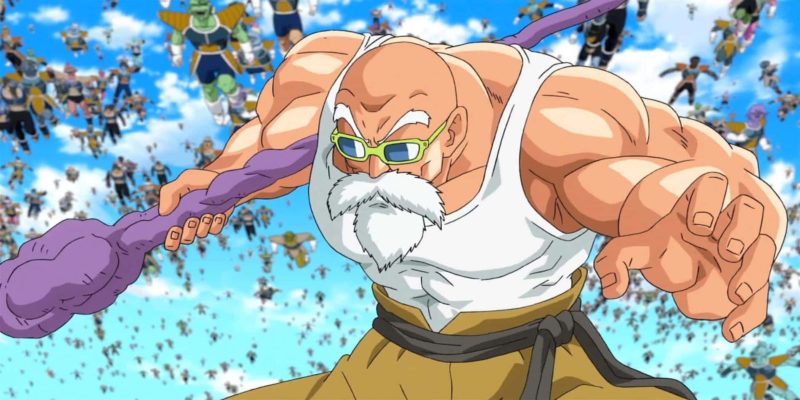 The Dragon Ball FighterZ Show just took place today with a lot of new information on the National Championship. While showing the game roadmap for the rest of the year, a Master Roshi FighterZ slide accidentally revealed him as the next DLC character, roughly half an hour before the trailer went live.

We already knew Roshi was a strong contender for the next DLC character due to some win quotes found on the disc a few months back. Now we know that the game is using Roshi’s Dragon Ball Super incarnation and that he releases in September as the third Season 3 character after Kefla and UI Goku.

When we finally got the trailer, it was incredibly short, as was the case with all the other Dragon Ball FighterZ trailers since the beginning. We saw Roshi do literally only two things in the trailer. A two-hit normal chain into a special move that strikes the opponent (in this case being Piccolo), teleported Roshi behind Piccolo, and then blasted him with an energy orb. The special move was then canceled into what was presumably his level 3 super, the “Evil Containment Wave”, better known as the Mafuba.

Put on your best shades

We didn’t get to see any of Master Roshi FighterZ specials or supers, or what makes Roshi unique. We don’t know if he can turn buff like he does in the show or anything like that. Additionally, the character is coming in ‘September,’ though that could mean September 1 or September 30. We also got word that there are no netcode fixes coming, but another balance patch will be on the way. Assists seem to be the focus of this balance update.

With the National Championship beginning in October, it will be interesting to see when this patch will come out. If it comes out in September, a month before the tournament, it could greatly affect how the tournament is played. It also doesn’t leave players much room to make adjustments either. All I can say is, fix Bardock’s B-assist. That move is ridiculous.