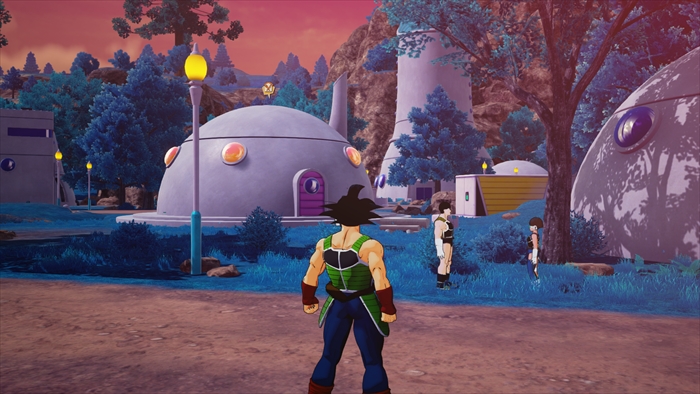 It seems that Bandai Namco and developer CyberConnect2 don’t plan on abandoning Dragon Ball Z: Kakarot anytime soon. Released back in January 2020, this open-world action RPG received quite a bit of DLC throughout its life, which included three additional storylines and even a free card game. The last bit of DLC, “Trunks: The Warrior of Hope,” came out in June 2021, and it appeared that CyberConnect2’s support for the game had come to an end. As it turns out, CyberConnect2 has an entire second season’s worth of DLC coming for Dragon Ball Z: Kakarot, and it all begins with a new storyline called “Bardock – Alone Against Fate.”

As indicated by the title, this upcoming DLC centers around Bardock, Goku’s long-dead father who debuted in the 1990 TV special Dragon Ball Z: Bardock – The Father of Goku. The DLC adapts the events of that special, letting players roam around “parts of Planet Vegeta, including a Saiyan community, the Frieza Force base, and more.”

What was Bardock – The Father of Goku about?

For those unfamiliar with the TV special, it starts with Bardock serving under the command of Frieza, one of the series’ most iconic antagonists. Once he sees that Frieza aims to wipe out the Saiyans, Bardock turns against his boss and attempts to foil his plans. Unfortunately, he does not succeed, as Frieza manages to obliterate both him and most of his fellow Saiyans. The story also gives insight into how Goku arrived on Earth in the original Dragon Ball series.

The second season pass for Dragon Ball Z: Kakarot will consist of three more DLC storylines, including the Bardock one. And for all we know, the game could receive even more season passes and storylines on top of that going forward. Players will be able to experience this retelling of Bardock’s story sometime next year.