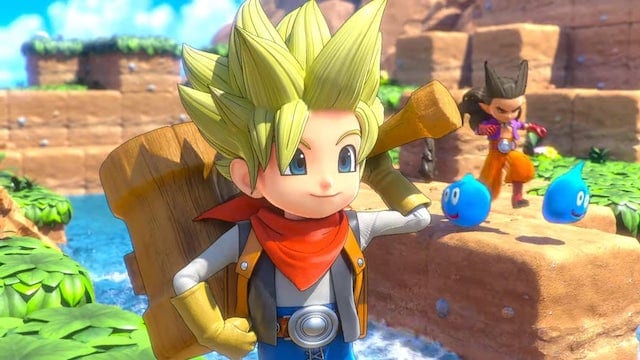 With its success on the Nintendo Switch and PlayStation 4, many PC owners have wondered when they would get a shot at Dragon Quest Builders 2. Fortunately, it won’t be too much longer now. Square Enix has confirmed that the sequel will finally make its way to Steam on December 10. Those interested in pre-ordering the game can do so on Steam.

What comes with the PC version of Dragon Quest Builders 2?

If you pre-order the game anytime between now and January 6, 2020, you’ll receive the following in-game items:

In addition, the PC version will also include previously released DLC from the console versions. This includes a batch of new recipes, hairstyles, and all new areas to explore and build upon. The provided list of downloadable content is as follows:

The game features a huge customization feature, one which lets you create your character from scratch. Modify them to fit in nicely with the Dragon Quest world, and then you can interact with others.

To further celebrate the game’s announcement, Square Enix also revealed a new trailer. In it, characters put together a rather elaborate building, one shaped just like a PC. And, for good measure, guess what’s featured on the main screen? That’s right, a Dragon Quest Slime! Goo-d times indeed.

More official details on Dragon Quest Builders 2 are available on the official Steam page. For those of you looking for a refreshing building experience in time for the holidays, this is one adventure you shouldn’t miss!

Oh, and mind the Slimes. They’re there to help. We think…?